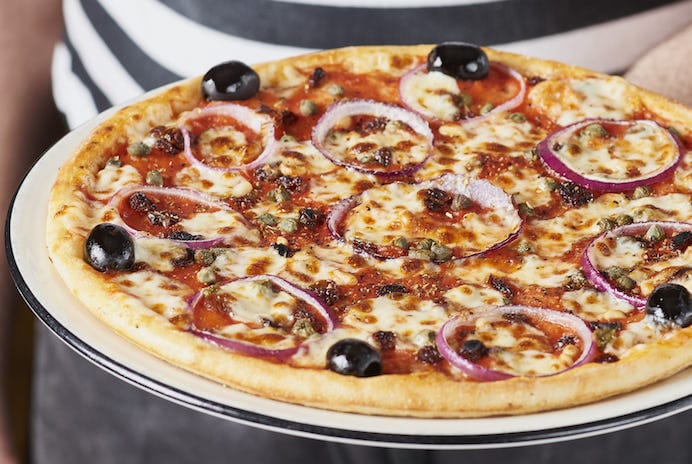 PizzaExpress have been stalwarts on the UK’s dining scene for 53 years, dominating high streets across the county with their bright and flavourful pizza and pasta dishes.

Opening their first restaurant on Soho’s Wardour Street back in 1965, the mission of  founder Peter Boizot was simple: create good pizza and make it accessible to the British public. At the time, he swore that good pizza didn’t exist in the UK. Now it’s everywhere, in every one of their restaurants (of which there are six in Manchester city centre, by the way).

With a number of Italian high street chains disappearing from Manchester’s streets in the past couple of years, we’re pleased to see PizzaExpress still going strong. In the new age of pizza where you can’t go anywhere without seeing a charred sourdough crust, they have built a growing following for consistently producing classic and delicious pizzas that you can always rely on.

Their new spring menu retains such classics as the Divaolo, Soho 65 and Calabrese – the restaurant’s iconic rectangular pizza, which is served hot with soft ‘nduja and Calabrese sausage, roquito and roasted peppers, mozzarella, tomato and finished with buffalo mozzarella, rocket, pesto and Gran Milano cheese.

Moving with the times, every Romana and Classic pizza (and the dough balls too, for that matter) can also be ordered as a gluten-free option. 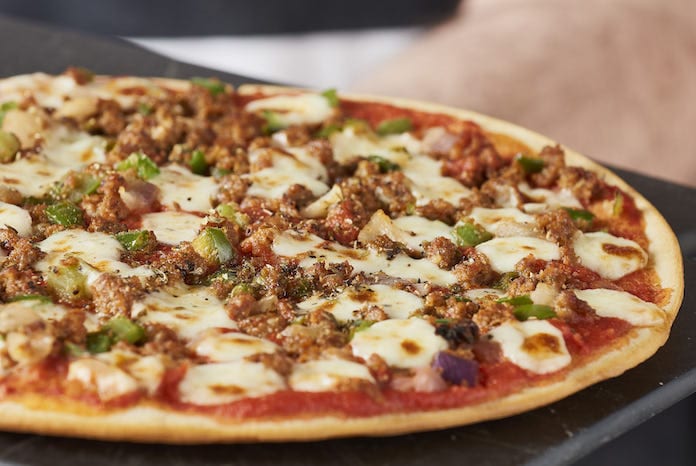 The new menu features an array of vegan and veggie delights, from the Caponata pizza, which comes topped with fried aubergine cooked with green olives, tomatoes, onion, capers, oil and vinegar – not to mention additional buffalo mozzarella, tomato, Gran Milano and fresh basil – to the classic vegan Giardiniera (also available as a thinner, crispier Romana if you so desire) which comes topped with artichoke, closed cup mushrooms, red onion, black olives, tomatoes, vegan mozzarella and garlic oil, before being garnished with fresh parsley.

Other exciting new nibbles that we can’t wait to get our chops around include the special ‘nduja arancini – baked, creamy risotto rice balls filled with hot and soft ‘nduja sausage and mozzarella cheese – and the Campana pizza, lathered in crumbled pork and fennel sausage, friarielli, tomato, garlic oil and mozzarella, before being topped with Gran Milano and parsley.

So, next time you’re needing a pizza fill, opt for the nation’s favourite and head to PizzaExpress for fresh flavours that pack a punch and won’t break the bank.