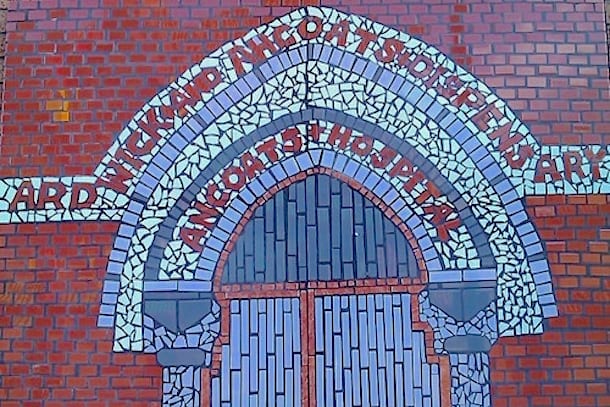 An urgent appeal has been launched to stop the proposed demolition of Ancoats Dispensary, and preserve it for future generations.

The 140 year-old Grade II listed building played a central role in the social and industrial history of Manchester and made a pioneering contribution to the development of medicine in Britain throughout the 19th and 20th centuries. It is the setting of L.S. Lowry’s painting Ancoats Hospital Outpatients’ Hall.

The beautiful Gothic building fell into disrepair and was abandoned in 1989. It has been described by the Victorian Society as one of the 10 most at risk buildings in England and Wales.

In July, the Ancoats Dispensary Trust, a group of local people determined to save the building from demolition and restore it to community use, made a successful application to the Heritage Lottery Fund for initial support towards a full grant of £4.5million. But in order to unlock this funding, they must raise an additional £55,000 before 28th February 2015.

To do this, they recently launched the 100 days appeal through crowdfunding

This is your opportunity to safeguard an importantlocal landmark. You can pledge your support to the Ancoats Dispensary at: spacehive.com/thebeatingheartofancoats

On Tuesday 16th December 2014 at 7pm, Ancoats Dispensary Trust will be holding a special fundraising event, ‘A Night of Art’, at Hallé St Michael’s, George Leigh Street, Ancoats. This is a FREE event where donated original artwork by artists including Janet Bray, will be for sale to help raise funds for the appeal. Original Christmas cards will be available for purchase and there will be a draw for a signed Manchester City shirt.