City Ride: thousands of cyclists to take over streets of Manchester city centre 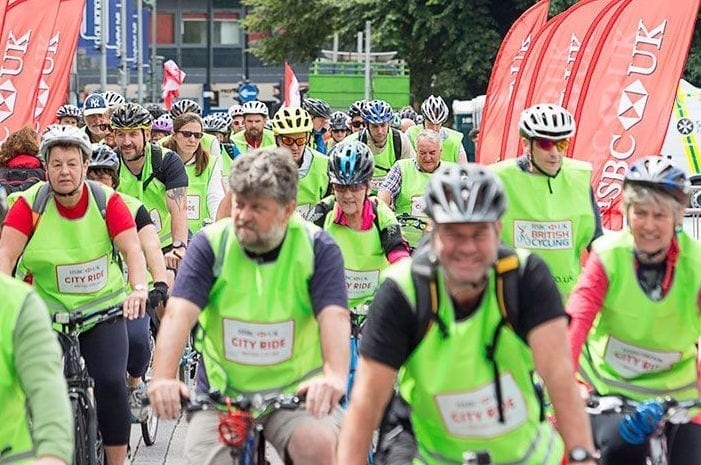 First the bad news. Sky Ride, the big, fun event which enabled thousands of cyclists of all ages and abilities to ride safely together on a traffic-free route, won’t be taking place this year.

Now the good news. The first ever HSBC UK City Ride is coming to Manchester on Sunday 23 July.  And it looks remarkably similar.

It’s a mass participation event designed to give people the opportunity to ride with their friends and family in a traffic-free environment, and will give people a flavour of what Manchester could be like if cycling were prioritised like it is in Amsterdam and Copenhagen.

As well as closing the city centre streets for cycling, there will be lots of activities such as the HSBC UK Go-Ride Course which gives young riders the opportunity to test their bike handling skills on a course which features a variety of obstacles and challenges.

And Britain’s joint most successful Olympian Sir Chris Hoy and double Olympic gold medallist Joanna Rowsell Shand will be there. 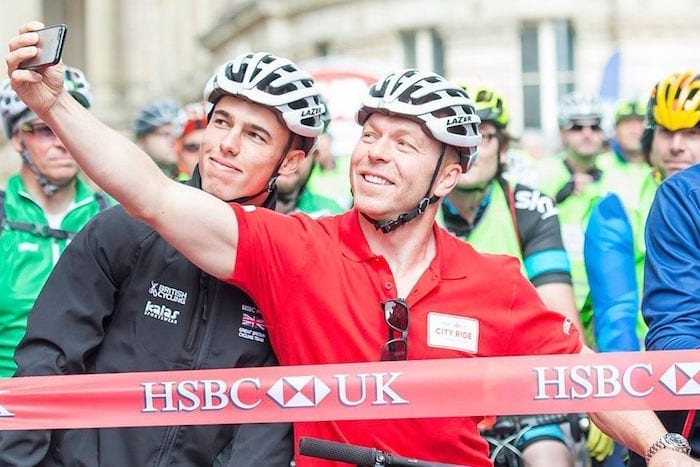 The event will also see Mobikes free to use around Manchester on the day.

The HSBC UK City Rides are the first step in British Cycling and HSBC UK’s ambition to make cycling the most popular activity and sport of choice in the UK, with the target of getting two million people on bikes by 2020.

“Manchester has been the home to British Cycling and the Great Britain Cycling Team for over two decades and it’s important that the inspiration provided by our elite cyclists translates into more people getting on bikes, whether it is for fun, fitness or to commute to work,” said British Cycling chief executive Julie Harrington.

“The HSBC UK City Ride provides an amazing opportunity for people to dust off their bikes and ride with their family in a friendly traffic free environment.

“One of the key elements of British Cycling’s new partnership with HSBC UK is societal change and getting more people cycling, which can have a huge impact on problems such as obesity, congestion on our roads and pollution. Initiatives like HSBC UK City Ride and Mobike can play a huge part in making that happen and help turn Manchester into a true cycling city.”

Manchester is the sixth stop on the HSBC UK City Ride tour as it travels to 14 cities nationwide in 2017, with thousands of cyclists already turning out at events in Birmingham, Nottingham, Southampton, Newcastle and Sheffield.