This is Manchester: stunning portraits of the city go on display 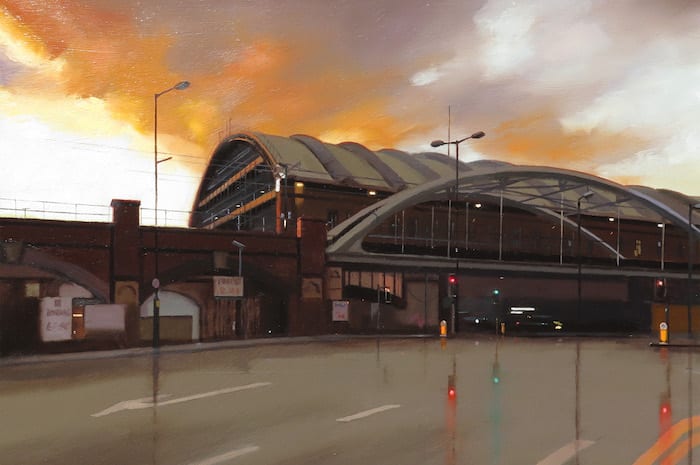 Manchester’s famous pubs, iconic buildings and haunting back streets are all celebrated in a new exhibition of stunning artworks of the city.

It’s a new solo exhibition of paintings by acclaimed artist Michael Ashcroft, entitled This is Manchester.

And it will be a rare opportunity to see more than 30 of his works in one place, including many from his celebrated series of Manchester paintings – After the Rain, Painting My Favourite Pubs and Manchester From Afar, shown together for the first time.

City centre pubs including Peveril of the Peak, the Smithfield Tavern and the Circus Tavern all feature in the exhibition of his work. 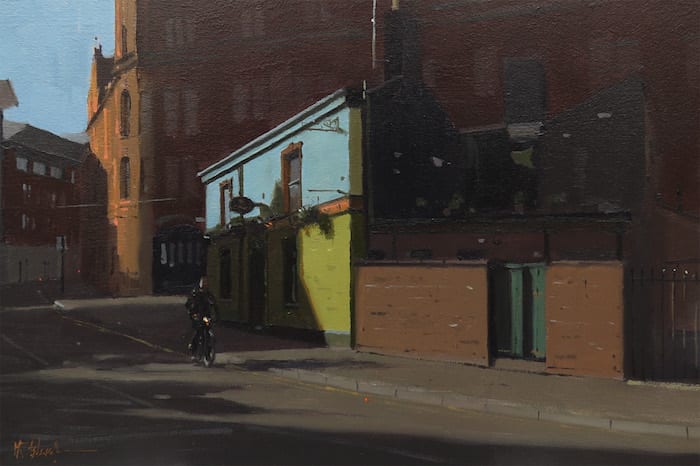 Michael is known for his truthful style that captures and celebrates the essence of the Manchester, including haunting views of the city fresh from rainfall.

The exhibition was unveiled at Contemporary Six on Princess Street with a special preview on Thursday evening, and will now be open to the public during gallery opening hours Tuesday to Sunday. 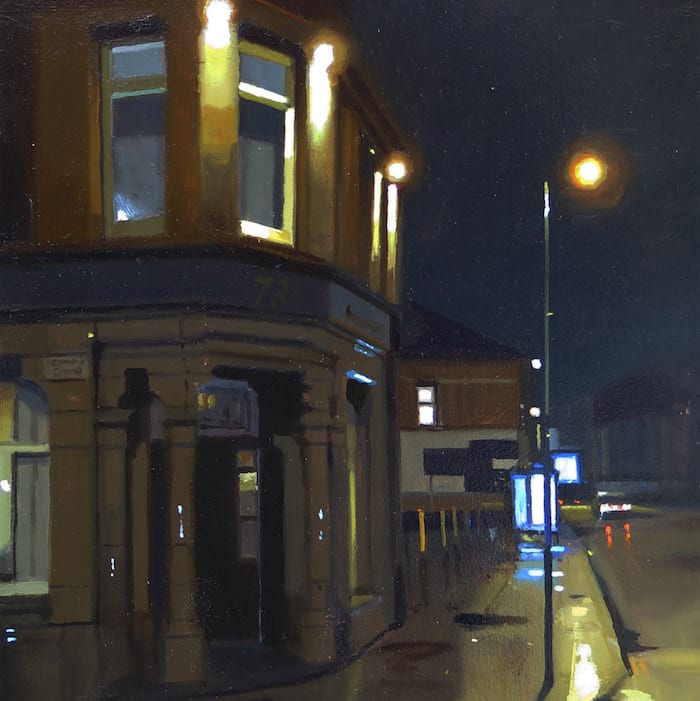 All works on show are available to buy with prices starting at £800 and there will also be a range of framed ink concept drawings for £250, which depict the initial stages of the process. 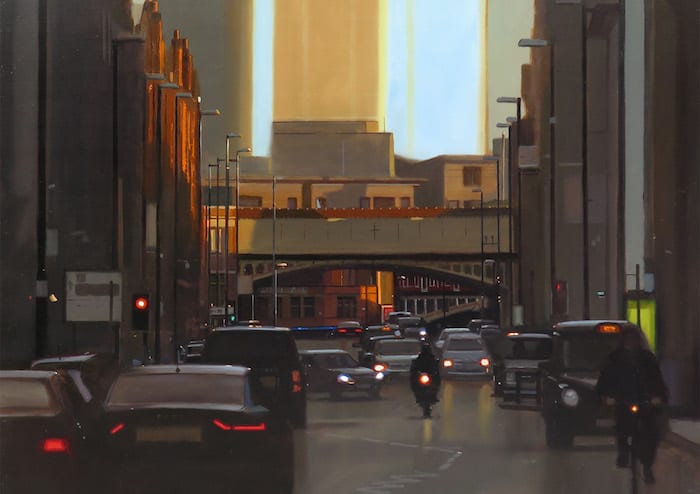 Michael’s paintings are filled with affection for a city deeply important to him. Many art lovers believe his works to be Hopperesque and, as Edward Hopper said himself of his own paintings, are the ‘outward expression of the inner life of the artist’.

“I believe that Michael Ashcroft is one of the most important living painters in the north west,” Contemporary Six owner Alex Reuben said.

“His popularity in the gallery is overwhelming and his renown outside of Manchester is growing quickly. 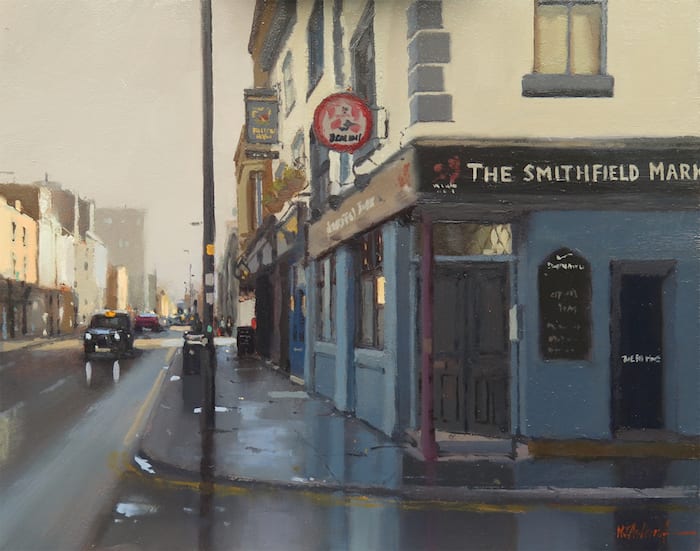 “We’re most excited to be showing a collection of works and we know just how popular they will be.”

Born in 1969, Michael grew up in the small village of Croston in the heart of Lancashire. After leaving school in 1985 he began his career as an engineer, painting and sketching only in his spare time.

In 1998 he had a major operation to remove a brain tumour and decided from then that he would spend his time painting.

In 2013, Michael took part in series two of the BBC show Show Me the Monet and became one of only 30 artists to show their work at the Mall Galleries in London.

Michael is a member of the Manchester Academy of Fine Arts (which is referred to with MAFA after his name) and has exhibited in The Royal Institute of Oil Painters, Royal Society of British Artists, The Howard De Walden Exhibition, and The Royal Academy Summer Exhibition in London.