This is Going to Hurt is a hilarious, horrifying and heartbreaking insight into life as a junior doctor 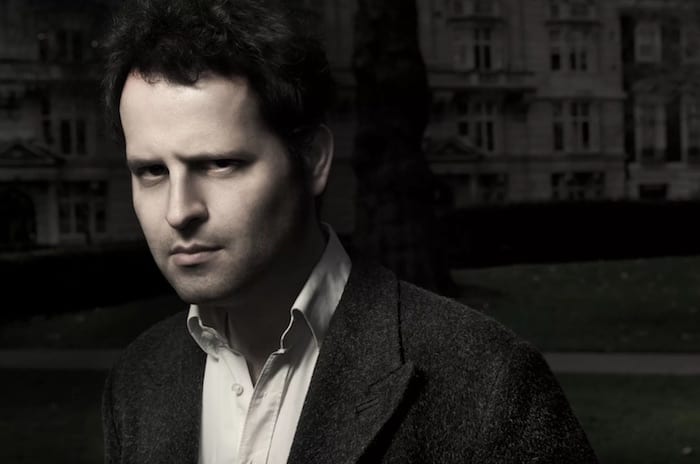 Adam Kay’s first book, This is Going to Hurt, was an instant Sunday Times number one bestseller. In fact, it was the bestselling non-fiction title of 2018, with more than a million copies sold.

The award-winning book details Adam’s former career as a junior doctor via his personal diary entries. It’s a no-holds-barred account of his time on the NHS front line, full of 97-hour working weeks, terrifying life and death decisions, and a veritable tsunami of bodily fluids.

Hilarious, horrifying and heartbreaking, the book reveals everything you wanted to know about what life as a junior doctor really entails – and plenty you didn’t. It’s currently being adapted into an eight-part comedy series for BBC Two. But first, you can catch the live show at The Lowry.

Adam is a confident stand-up performer, having sold out multiple Edinburgh Fringe runs, West End seasons and UK and international tours. He performed at Prince Harry’s 30th birthday party, and his writing and editing credits include Mitchell & Webb and Very British Problems. In short, he knows how to entertain a crowd.

He launches his opening night at The Lowry by asking if there are any doctors in the audience. There are a few whoops and cheers. One woman says she is a consultant psychiatrist (“yes, a doctor, but we’ll probably go to someone else if there’s an emergency,” quips Adam); another says she works in palliative care (“that’s… a dead end when it comes to comedy…”).

If you’ve read the book, you’ll know that several of Adam’s stories are extremely gruesome. If not – brace yourself.

One of the early tales involves treating his “first degloving injury” – and not just of the hands, but of a much more wince-inducing body part. Predicting the reaction of the gasping crowd, Adam casually flings a medical sick bowl into the audience.

His favourite story involves a Leap Year proposal gone wrong. A woman who wants to surprise her partner by popping the question has gone about it in a jaw-dropping way. Long story short, they end up in A&E asking to get the container from a Kinder Surprise egg removed from an intimate orifice.

“I wonder where the best man will keep the wedding bands during the ceremony?”.

The diary entries are interspersed with some wonderfully witty wordplay – a poem about doctors dictating patients’ letters is a particular highlight – as well as silly spoof songs.

The Girl From Ipanema becomes “the girl with emphysema”. Then there’s “I’m wheezy on Sunday morning”, and “you’ve got chills, they’re multiplying. And you’re losing bowel control.”

There’s plenty of black humour, as you might expect from someone who has witnessed things most of us couldn’t even imagine – and wouldn’t ever wish to. Sometimes it’s near the knuckle. And occasionally, in the case of a song about Oscar Pistorius, it feels beyond uncomfortable.

But while there are plenty of laughs – and at times hiding behind hands – there are several stories that stop you in your tracks. The final diary entry is nightmarish, harrowing, and ultimately heartbreaking.

Adam keeps the audience onside throughout thanks to his powerful, unwavering message – that doctors do what they do because they care. Certainly not for the money, despite what politicians and the media might sometimes have us believe.

He makes a plea for politicians to actually visit hospitals and see what doctors really do. Not just to have a tour of a gleaming new ward, but “palliate a cancer patient; watch a trauma victim have their leg amputated; deliver a dead baby.

“Because I defy any human being, even you, to know what the job really entails and question a single doctor’s motivation.”

It’s a scalpel-sharp performance, moving and timely, and Adam dedicates the audience applause at the end of the show to all the doctors and NHS staff out there.

And despite the title, the show doesn’t hurt. But it might just leave a scar.