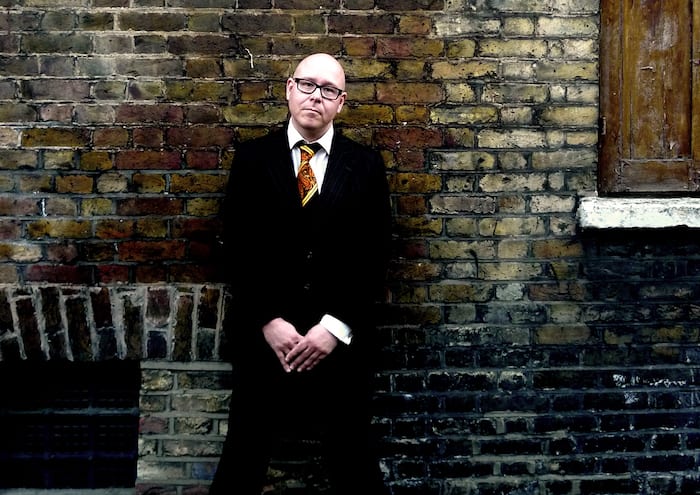 With the first Manchester Folk Festival taking place this weekend, we touched base with Matt Hill, aka Quiet Loner, to find out what the Manchester folk music is all about.

A songwriter in residence at the People’s History Museum and winner of the Americana UK album of the year, Matt has a distinctly British personal and political edge to his writing.

Performing on Saturday at the International Anthony Burgess Centre, this show sees him combine songs and images from the past to bring back to life the lost voices of men and women – reformers, revolutionaries, chartists and suffragettes – who fought for our hard-won right to vote.

Is there a big folk scene in Manchester?

On any given week you’ll find some brilliant artists performing. There are loads of small folk clubs right across Greater Manchester. In the city centre itself you’ll find a mix of roots/acoustic songwriters at small venues and open mics.  I do love seeing bands on the bigger stages like the Bridgewater or the Albert Halls but you can’t beat the intimacy of the smaller places. People should try the Picnic Club in Withington or the Acoustic chair at the Sip Club in Stretford. There’s so much more to Manchester’s music scene than Factory Records and Oasis.

What is it you love about folk music?

The sort of songs I respond to are ones that tell a story and have that blend of real life experience, heartfelt emotion and creative imagination. You find a lot of that sort of thing within the folk/roots scene. I also love the sounds that acoustic instruments and voices can make and the way they interact. It’s the sound of wood and guts. I also love to hear people singing in harmony and folk music has that too.

Do you think that people are more receptive to politics when it comes in a musical form?

I’m not sure. I think people should be receptive to politics when it’s affecting their ability to feed their families, when they see people sleeping on their streets, when their local hospital is being run down. To me politics is not a thing that’s separate to everyday life, so it’s natural that political themes crop up in my songwriting.

What does being songwriter in residence at the People’s History Museum entail?

I spent a year working at the museum and my job was to interpret the collections through songs. It was an amazing opportunity and hats off to Arts Council England who helped us fund it. I loved every minute of it. Some days I just sat in the galleries with my guitar and wrote. I’m sure visitors were a little bemused.

It must be an amazing feeling to be able to give a voice to generations past. Do you have a favourite story you uncovered whilst working with the museum?

Getting to know about Hannah Mitchell was amazing. She was a suffragist and campaigner at the turn of the 20th century. She was a working class girl from Derbyshire and spent a lot of time in Ashton-under-Lyne. She gave so much of herself, speaking in public and facing bullying, harassment and violence from those opposed votes for women. She also had a husband and a family to balance that with, which in those days was an especially hard thing to do, as the social norm was for women to stay at home. Eventually the stress took its toll and Hannah had a breakdown. She later became a local councillor and did so much to change people’s lives. Totally inspiring person. On the album recordings Tracey Browne sings that particularly song about Hannah and will be appearing with me at The Anthony Burgess Foundation as part of the festival performance.

Who are you most looking forward to seeing at this year’s folk festival?

Grace Petrie is always a great act to see. She’s thought provoking and funny in equal measure. Her song Rise is one of my absolute favourites. I’d love to see Tom Robinson again. I saw him last year and his new material just blew me away with insightful and incendiary political songwriting.

What’s your favourite venue to play in Manchester?

Over the years I’ve played at most of the smaller ones. I love The Castle, Band on the Wall, Matt & Phreds, The Kings Arms, The Star and Garter but probably my favourite place to play is the Sacred Trinity Church in Salford. I recorded my album Greedy Magicians live at that venue and it’s got such an amazing atmosphere.

What else are you up to?

I curate a regular evening of live music out in Glossop. It’s called the Defiance Sessions and it’s dedicated to songwriting that has a socially conscious aspect. I bring musicians from across the UK and act as host and in-house songwriter. The next one is December 2nd with Robb Johnson who is in my opinion one of the finest songwriters in the UK.