There’s a lot more to Heaton Park than Parklife

Did you know? Heaton Park has the highest point in the city of Manchester. 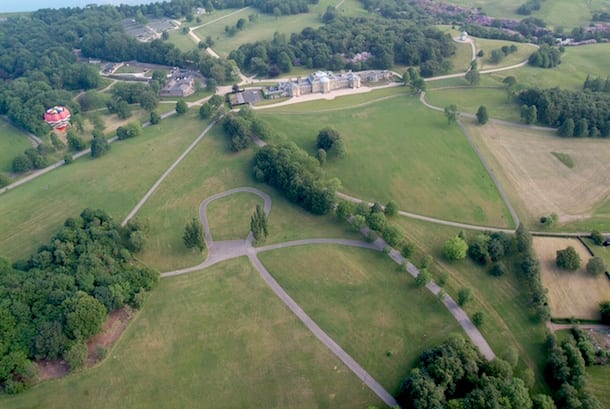 There are cities in the world that consist of hundreds of square miles of concrete jungle, with few if any parks, gardens or open spaces. Manchester’s not like that. It has lots parks, and arguably the best is Heaton Park.

‘The park has an aura.
You can feel all those
happy childhood
memories…’

It’s the largest in the city and the biggest municipal park in Europe.

It’s important that we have Heaton Park today because the city fathers of a hundred or more years ago took steps to create parks for the benefit of the citizens of Manchester.

To understand why parks were considered so important, we need to imagine the city as it was then: grimy, crowded, smog-ridden, with chimneys and steam engines pouring smoke into the atmosphere, huge problems of slum dwellings. What must it have been like to get on a tram, ride just a few miles north and enter a wonderful hilly landscape with a boating lake, a bandstand, a magnificent house on the hilltop, and to enjoy relatively fresh air. In those days, parks were treasured. They were carefully tended, park rangers ensured everything was neat and tidy, lawns cut and flower beds well maintained.

The early to mid-twentieth century were the golden age of municipal parks. In the years of austerity after the Second World War, we can see in old photos that people still loved to go to the park. Children were enthralled by the two lions in front of Heaton Hall. There was a magical atmosphere, with an aura of Victorian times. It was like walking into the past. 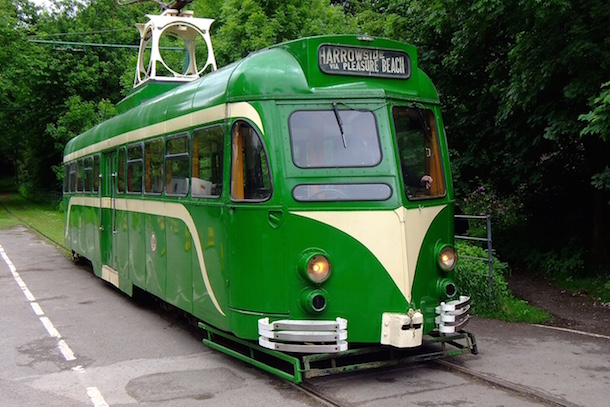 And then decline set in. Around the 1970s, park attendants were no longer employed, repairs were put on hold. Many people stopped using parks, perhaps because they preferred to sit in front of the telly, or because parks were seen as dangerous, especially at night. Maybe parks had gone out of fashion.

And then, things started to improve. Friends groups were formed. Money was found – much of it Lottery money – to renovate parks and restore them to at least something of their former glory.

So it was with Heaton Park. The first time I visited in a while was around 12 years ago. I was dismayed by what I saw. I seem to remember that the railings by the boating lake and the cafe were in a very bad state.  From a distance, the house looked magnificent, but from close up it was clear the exterior was falling apart.

Since then, things have improved. The park has benefited from millions of pounds of investment and it shows.  Heaton Hall is still in a bad state of repair bit it’s being renovated so I hope to see it looking its best before too long.

Heaton Park has so many wonderful aspects. The house in its commanding hilltop position, with panoramic views into the city to the south and around the Pennines to the east and north. Nearby is the Temple, a classical style gazebo, and the highest point in the city of Manchester.

There’s a farm and an 18 hole golf course.  There’s the boating lake, of course, the Lakeside Cafe and the Stables Cafe. There’s the classical portico that used to be part of the old town hall on King Street.  There’s also the papal field and monument as well as miles of footpaths running up, down and around the park, through woodland, by water and through wide open fields. There is an active and innovative Heaton Park Astronomical Group, with an observatory – everyone is welcome. I joined them there to view the eclipse in March. The park is also the home of the Manchester Beekeepers.

Festivals take place there, including Parklife and the Filipino Barrio Fiesta, which I went to recently. I was astonished to see an ex-Blackpool 1930s tram emerging from the trees and running right past the festival ground. It belongs to the Heaton Park tramway, which runs historic trams on a section of track from the Middleton Rd entrance to the lake. There are plans to extend it to the hall. There’s a museum on the history of trams in Manchester and a shed by the lake full of ‘cars’ awaiting restoration.

Municipal trams used to run from the city centre right into the park. Unfortunately that stopped around 1934, when Manchester began replacing its trams with buses.

The only problem with Heaton Park is that it’s in north Manchester.  No, I’m not criticising that part of the city. It’s just that I’m from south Manchester and there is a north-south divide caused by our fragmented transport system. Heaton Park is just 4 miles north of the city centre and only 20 minutes by bus or tram, but if you’re travelling by public transport with a family, the fare is like an admission fee.

Despite all the magnificent renovation work and all the attractions on offer, the park often looks empty, at least in comparison with what you can see in those photos from the past. That’s one of the attractions for me. The park has an aura. You can feel all those happy childhood memories, there’s a sense of Manchester’s history, of generations of children, parents, grandparents from communities from the local area and all over the world who have spent precious times here. I call it its ‘psycho-generational imaginative and empathetic quality’.

I’m not sure if that’s something you can put in an advert or on a lottery grant application form but for me it’s a reason to go for a walk in the park and, most of all, Heaton Park.

Why not join Aidan for a photo walk or workshop. Find out more at www.aidan.co.uk/manchester-photo-walk