The Whiskey Jar: a live music venue in its own league 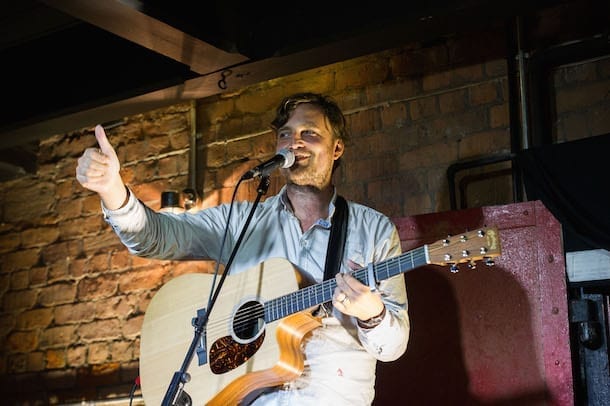 The Whiskey Jar refuses to be pigeon-holed. Although it takes its name from the popular Irish Folk song ‘Whiskey In The Jar’, and does indeed boast a simply extraordinary collection of whiskies fetched from across the globe (the Whiskey Smash and Boulevardier cocktails are personal recommendations), this brilliant bar is also a seriously enticing haunt for live music lovers – whisky drinkers or otherwise.

Manchester is a city that has a lifelong association with music. But while there’s an almost endless list of ticketed club nights and bespoke events, it can be hard to find a bar that offers regular live acts on top of just being a great bar. The Whiskey Jar is blazing exactly that trail. We popped in to their regular Jameson’s open mic night on a sunny Tuesday evening in April, and found that its irresistibly raw passion for local artists is inspiring plenty of new events in the coming months. 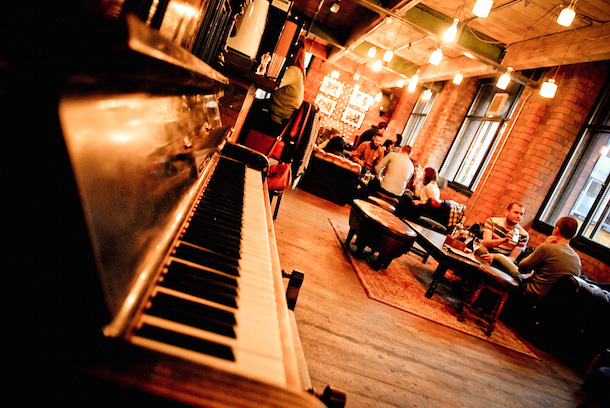 A couple of aforementioned speciality cocktails did our enthusiasm no harm as we took a seat at the bar, but there is a certain aura to this place. Even on the day after a 4 day Bank Holiday bender, it’s packed with people of all ages. You can tell immediately people come here because they expect great music. The room is only dimly lit by ambient candles that hang from the ceiling in jars, the wooden floors are homely and welcoming and the worn out brickwork is a charming reminder of the buildings’s industrial past. It is the perfect place for an open mic night.

Although, in many ways it is no longer ‘open mic’ per se, such is the popularity of the night that most acts – a mixture of newcomers and hardened regulars – have to be booked two or three weeks in advance. Joe ‘shut the eff up’ McAdam has been running the night for the last year and a half. After taking the reins from from Terry Parkins – who originally launched the open mic so his band the Mearcatz could practice at full volume – Joe said that at the start most of the musicians who came down to play were his friends and acquaintances. But word quickly spread..Anyone is welcome to play, but they’re like to have to join a queue. He runs a strict operation. The audience are reminded every couple of songs to keep the noise levels to zero when the artists are performing, and anyone who chooses not to oblige feels the wrath of his native Scottish tongue. He’s adamant. But Joe told us that the vast majority of people are there purely for the love of music – which creates a special environment. 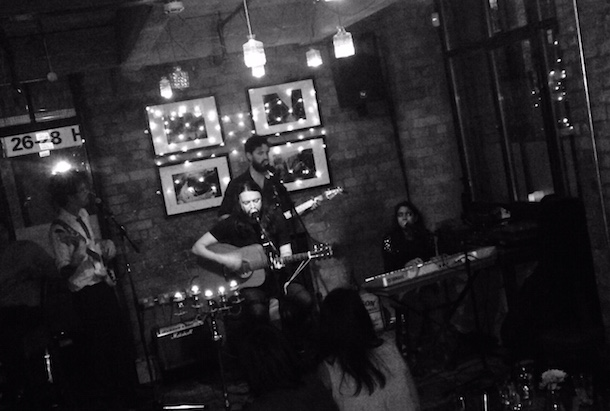 “I come here every week and sometimes I might be feeling on top of the world, other times I might not be feeling great. But I guarantee that I’ll walk out at the end of the night feeling a million times better than when I walked in, because I just see a constant stream of incredible musicians come through and a constant stream of incredible punters who are willing to give their time and attention to these people for free. Everyone’s here for the right reasons.”

We see some brilliant musicians on the night. Three of the five newbies Joe has never even met before. An Irishman from Birmingham sung of the woes of his ‘beautiful, broken guitar’, there’s a 3-piece, Banjo-wielding girl band and a lovely duet featuring the mysteriously dressed and popular regular Colin Cunningham. Lee Parry, another open mic veteran, silenced the crowd with a stunning acoustic performance on the week he had one of his songs played live on Adelaide radio, by another made-in-the-Whiskey-Jar friend currently on tour with Ed Sheeran in Australia. The same friend has just had a number one in the country. Joe assured us he’d be back playing in the Northern Quarter on his return to the UK. 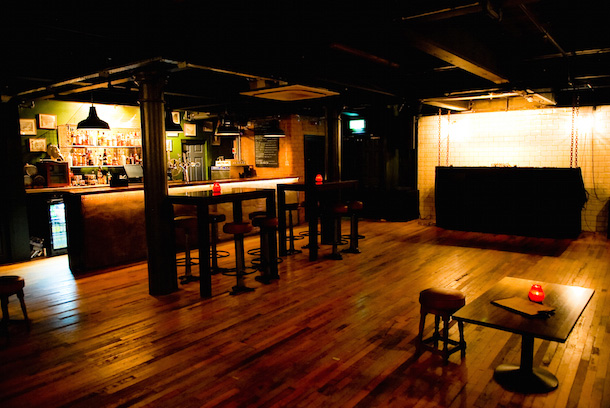 The atmosphere this place generates really is an impressive feat. The sound fills the room and bounces between the walls with goose bump-inducing consequences. So the downstairs event space, along with its high end D&B Audiotechnik sound system, a DJ’s dream, is potentially ever better. The cosy cellar will play host to regular Thursday and Saturday night live shows, each of them emphasising the bar’s eclectic approach to music. In the coming months the room will occupy local band Lucky. T Jackson, the retro rock ’n’ roll of France’s Gaspard Royant and the next instalment of the Buffalo Brother’s Basement Boogaloo – a mix of trip hop, deep funk and smooth soul that is as enjoyable to groove to as it is to repeatedly pronounce the name of. Basically, Whiskey Jar has live music covered. It doesn’t want to ram it down your throat, but it will always be there for those who want it.

With what is surely one of the best open mic nights in the country right now – a self-made nursery for future talent frequented by passionate locals and music reality TV show scouts in equal measure (just remember to keep the noise down) – and a basement area that will sound as electric on a house night as it will with good, old-fashioned rock ’n’ roll, the Whiskey Jar is putting the musical heart back into Manchester. As Joe puts it:

“I’ve been playing music for years, and I’ve come across a couple of places that have a sort of special, magical feeling – something in the walls, the brick and the wood. This place feels the same.”

28th May
Truth Be Told