The UK’s first ever meatless ‘bleeding’ burger is now available in Manchester: but is it any good? 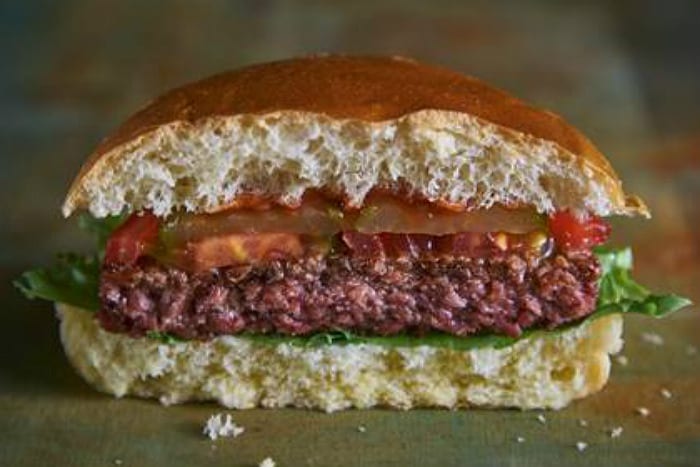 It may not be the most fashionable of foods these days, but I still love a good burger. Amidst all the bao buns, tacos and poke bowls, there’s still a place for the meaty treat.

A few years ago, burger creations across the city began to look like a feverish dream, topped with everything from Cheerios to peanut butter and jelly. Three types of meat were piled high inside towering creations you wondered how to get your mouth around. Sometimes miniature burgers sat on top of the main burger, daring us to eat our daily allowance of calories in one go.

These days, I look for a burger that’s simpler, more stripped back, and all about the quality. A grown-up burger. I don’t need heaps of toppings. Just give me the best beef you’ve got and serve it to me pink and juicy, please.

But as many of us try to cut down on our red meat consumption, either for health or environmental reasons, the beef burger is looking increasingly like an occasional treat. Our dining habits are changing.

Step forward Moving Mountains, a British company which has just launched the UK’s first ever meatless ‘bleeding’ burger in the Second Floor Bar and Brasserie at Harvey Nichols Manchester. 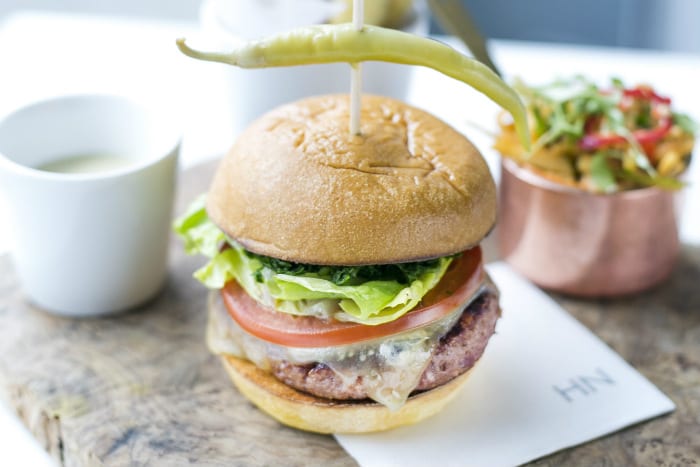 Set to potentially be one of the most impactful food inventions of the century, it has taken a team of leading UK scientists, chefs and farmers years in a lab and over 200 test-kitchen recipes to create the final version of the Moving Mountains B12 burger.

It sizzles, smells and browns just like the real thing, and even ‘bleeds’ when it’s perfectly cooked – though with beetroot juice instead of blood. It’s 100% vegan, free from antibiotics and hormones, and has zero cholesterol. And they’re hoping it will convert the city’s carnivores.

“Moving Mountains is a metaphoric, ambitious name for what we want to achieve, which is bringing change to the food industry and restaurants,” says company CEO Simeon Van Der Molen.

“Restaurants have been slow to pick up on plant-based eating, and that’s because they haven’t had a really good offering. We are here to change that so that people can eat fully plant-based foods when they’re dining out, and not just at home.”

The goal is to convert meat eaters rather than just appeal to vegans, says Simeon. It fits in with the modern trend of ‘flexitarianism’, an increasingly popular plant-based diet that claims to reduce your carbon footprint and improve health with an eating regime that’s mostly vegetarian yet still allows for the occasional meat dish.

“The market is those flexitarians. It’s designed for transitioners too, who are looking at making that move. Even if you just want to reduce your meat intake, for example go meat free on Mondays, you still want to be able to go out and have a really good meat-free offering.” 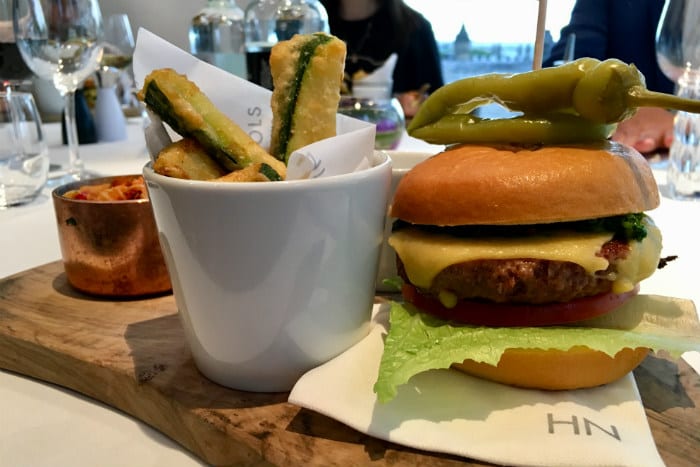 Using natural ingredients along with scientific processes, the burger replicates animal meat without any animal products. It uses a base of oyster mushrooms along with pea and potato proteins, oats and vitamin B12.

Wheat and soy proteins give a fibrous texture akin to the bite and depth of a traditional burger. Beetroot juice allows a juicy, ‘bleed’ at the centre of the patty. And coconut oil provides a fatty, satisfying consistency. The patty is only about 250 kcal, but it does need some fat for a pleasing taste and texture, Simeon believes.

“The fat content is probably about 18g per 100g, so less than what a beef burger would be,” he says. “Anything that is completely low-fat would probably taste quite dry. Coconut oil is very healthy. And it’s tasty as well.”

Harvey Nichols head chef Matthew Horsfield has worked with the company to design the serve of the B12 burger, which comes with cos lettuce, beef tomato, ginger mayonnaise, chimichurri, cheese, courgette tempura and Asian slaw. The dish is 100% vegan.

But is it any good? Initial impression? It looks the part. But it’s the taste and mouthfeel that count. 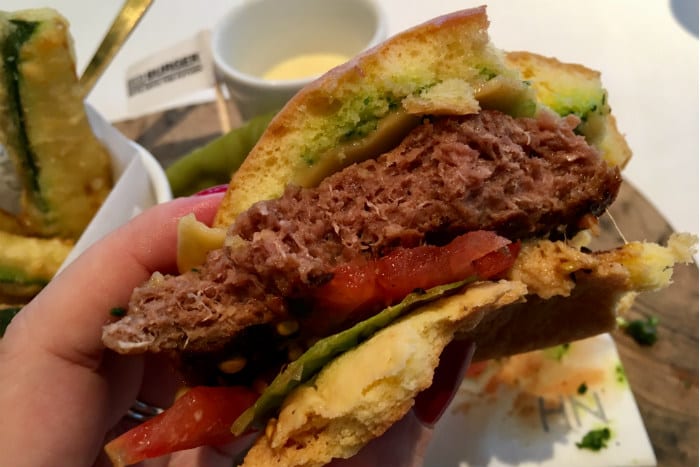 First bite is impressive. It’s juicy, not dry or dense as I feared it may be. It even looks like meat – appealingly pinkish brown, with a pleasing texture. The taste isn’t quite on a par with the best of the beef burgers, for me anyway, but it’s surprisingly good.

If the thought of it ‘bleeding’ puts you off, don’t worry. This happens in the pan as it’s cooking, not on your plate. But it does retain its juiciness, and it drips like any other burger.

“We’ve achieved a product as close as you can get to meat,” says Simeon. “It’s expensive. We ploughed megabucks into it. But people love the product, and everyone wants to list it on their menu. And now the people of Manchester can try it.”

The burger is only available in the city centre at Harvey Nichols’ bar and brasserie at the moment, and there are no plans yet for it to hit supermarkets.

“It’s a premium product,” says Simeon. “We are supplying restaurants. We don’t have plans to supply supermarkets at the moment. Practically every supermarket in the UK has contacted us saying that they want it. Who knows, in the future we may come up with a supermarket offering. But for now it’s only in restaurants.”