The spirit of Manchester – still alive 20 years after the bomb 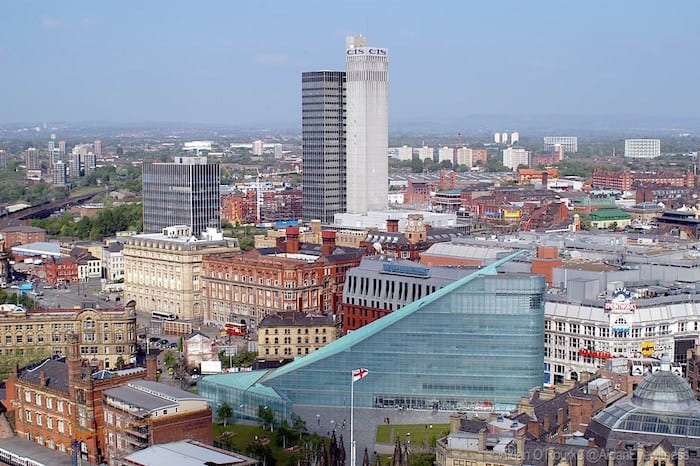 I was working in the Middle East when the bomb exploded. It was as if a family member had been hurt.

A month later I returned home and took the bus into the city centre. The patient didn’t look as bad as I had expected. Recovery had started.

Let me just state my credentials. I am the man on the street, with a camera and a notebook. I look, I document, I make suggestions – some outlandish. I’m an independent voice and that’s what makes my views valuable. Some of the ideas dreamt up by free-thinking individuals from around here have gone on to be world-beating.

And so let’s rewind to 1996. I was fascinated by the city around me. I started to document it in a website called Eyewitness in Manchester. It seemed every week brought a new announcement. There were early campaigns such as the plan for a cylindrical tower on the Free Trade Hall. I helped the Civic Society to object. The plans were dropped. The spirit of Manchester seemed to be full of energy, always pushing ahead, like Tony Wilson.

The Shambles – I photographed them before they were moved. I watched as the two pubs were rebuilt in their new location. The verdict? Positive. An imperfect solution, but it worked.

The nearby Exchange Square took shape. The design by American designer Martha Schwartz was quirky, creative and flexible. But sadly in subsequent years it wasn’t maintained or used properly.  The Corn Exchange was renamed the Triangle. I wrote that they should return to the original name. Eventually they did. Why didn’t they listen to the independent voice?

Listen is something that the powers that be often don’t do.

In 1999, I opened a copy of City Life and I was shocked by what I saw. An office block on a green space, a concrete wall, a layout that was completely out of character with its surroundings. This was the proposed new Piccadilly Gardens. On my site I wrote an open letter to the council. Along with others I objected. Our objections were overruled and it was built. At first I felt I was a lone voice but today the verdict of the people is clear. In my opinion there is only one solution. Start again.

Over in the the newly named Millennium Quarter, a wedge-shaped glass building called Urbis took shape. I was involved with its exhibits. I went to many shows there. My Manchester Mega-Photo was displayed there. In its new guise as the National Football Museum, visitor numbers are up, and the building still looks stunning. 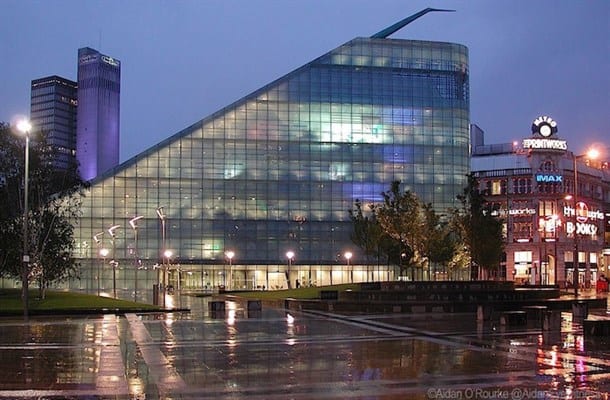 Manchester could still have a bigger and even more outlandish structure to attract world attention. Perhaps a tower with an observation platform. A bizarre, creative and iconic ‘thing’ that will really stand out and make Manchester famous.

In 2004, I saw a visualisation of a new tower to appear at the bottom of Deansgate. I documented its construction. I took my Manchester Mega-Photo from the roof. I captured it from all angles, from close up and from miles away. The Beetham Tower was an icon of the new Manchester. But reactions were mixed. Now I have mixed feelings, too, but soon taller structures will reach much further into the sky. Will they win over those who were critical? I’m not sure. What is certain is that Manchester will grow an ever taller skyline just as Philadelphia did in in the 1980s.

There have been numerous other projects, buildings lost, neglected, saved, adapted, areas transformed, and not always for the better. I’d like to mention the successes of the Victoria Baths and Ancoats Dispensary. They symbolise the spirit of Manchester. But in the rush to develop, it’s important to realise that unlimited construction doesn’t make a city better. Quirky, characterful buildings are what attract visitors. The Old Fire Station appears to be a success story in the making – now the decision makers appear to be listening.

One of the best new conversions of an old building is the Central Library, but there is a catch. The transformation of the interior is magnificent, but it is seriously marred by the glass link building which for so many reasons is wrong in this location. There is only one solution – remove it.

And so what of the spirit of Manchester? Is it alive? Yes, I think so. When I visit other parts of the country that are less dynamic, creative and edgy, I realise that I have to live in a big, bad city like this one.

In 20 years time, Manchester may be unrecognisable by comparison to today. Will the spirit of Manchester still be alive and well? I hope so.