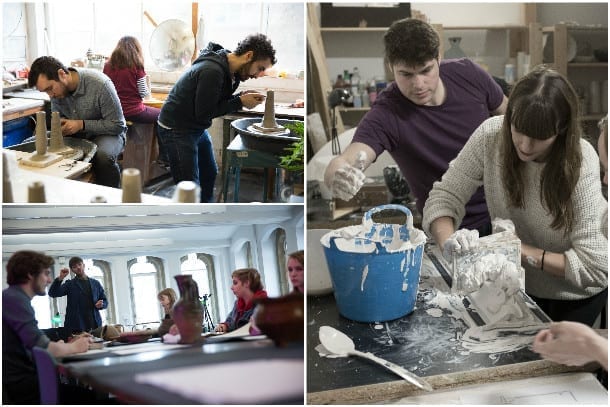 The Pilcrow will give local people the chance to take part in the building process itself, learn new skills and become part of the foundations of The Pilcrow.

A series of free-to-attend workshops headed up by highly regarded local maker, Joe Hartley, will see groups of volunteers spend time being taught a new skill and then spend a couple of days putting what they have learnt in to action by constructing their part of the pub themselves.

The workshops began in January and so far have seen volunteers forage for the willow that will be used to form the lampshades that will be hung in the pub, turn beer pump handles and forge part one of four of the hotpot saga.

Close attention is being paid to what will be served behind the bar, with smaller local brewers providing modern craft beers and food coming from the best local producers.

The pub itself will be open for first orders from autumn this year, when it will become not only a pub but continue to nurture the region’s creative community by functioning as a public studio, learning and workshop space.

If you are interested in finding out more, follow @ThePilcrowPub where new workshops will be announced alongside daily updates as the project and pub evolve.

The Pilcrow has partnered with luxury British clothing brand Sunspel to make 60 hand screen-printed T-shirts. Printed in Manchester, the T-shirts will be gifted to those who dedicate 100 hours or more to the build of The Pilcrow.