The Northern Quarter’s evolution – how big can it get?

Will it take in Ancoats? Piccadilly? 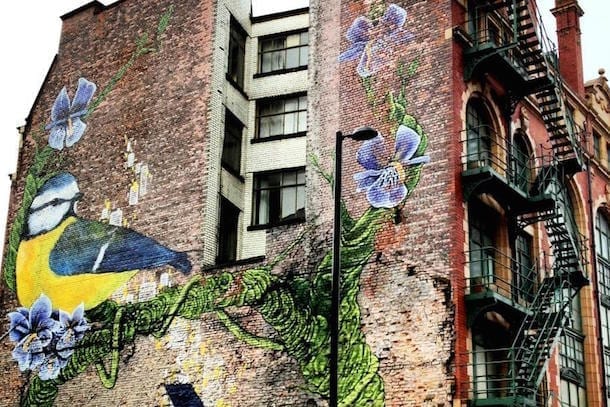 The Northern Quarter. Finished? Not quite…

It’s too busy. There are bars everywhere. It’s not like it used to be.

The Northern Quarter is over.

Walking through Manchester’s hipster hangout the other morning, it struck me that actually, the Northern Quarter is nowhere near finished.

‘Will it take in Ancoats?
…Piccadilly?’

There are still so many empty buildings, spaces and improving public squares.

From Dale Street at one end to Shudehill at the other, the Northern Quarter is expending, certainly – almost to a point here there are clearly defined zones within the area itself.

What is actually happening is that a lot of the operators that have been in the Northern Quarter for a while are growing up – and want their venues to grow up with them.

Take Common as a prime example. Recently opened after a refit that differs dramatically to its previous incarnation.

More than just a lick of paint, the Edge Street bar has come back with a strong concrete look which has had as many detractors as fans.

The bar itself has adopted a fairly sanguine attitude, wisely. Some people will always like what you do and others won’t.

But a bar has to evolve, just like the area itself. If you want the people who have followed you for a decade to keep following you, it’s important that you reflect what they want.

The key, of course, is making sure the mix is right. There has to be something for everyone, and as a neighbourhood, you have to find a way of managing all that so it can exist. The mix of venues in the Northern Quarter have to…coalesce.

The Northern Quarter’s evolution can be tracked by the cost of entry – whether that’s a punter paying more than a fiver a pint, or the bar owner that told me rent had gone from £7 a sq ft on a venue they opened almost ten years ago to the £27 a sq ft they were quoted for the space they wanted to pen their most recent venture in.

Being bohemian comes at a premium these days.

How big can it be? Will it take in Ancoats? Maybe, although Great Ancoats Street has something of the barrier about it. Ancoats should see that as an opportunity to form a new, modern identity, however.

Piccadilly? Possibly, although the hustle and bustle of Manchester’s busiest thoroughfare may not sit well with the ranks of reclining graphic designers enjoying an ethically sourced soya frappuccino. More likely the basin area of Piccadilly will slowly merge into the NQ proper.

As long as it doesn’t all become too polished. Or price out the entrepreneurs who have been brave enough to take the Northern Quarter on and shake it by the scruff of the neck over the last 25 years.

Not too long as, The Market Restaurant shut up shop on High Street after 34 years in the city. It was a shame, but indicative of the fact that thing move on. Places change.

But not all of them expire. And not many places have ever gone into decline by virtue of being too busy and too popular.

Change is constant, and in the Northern Quarter, you could be excused for feeling that it’s only just getting started.