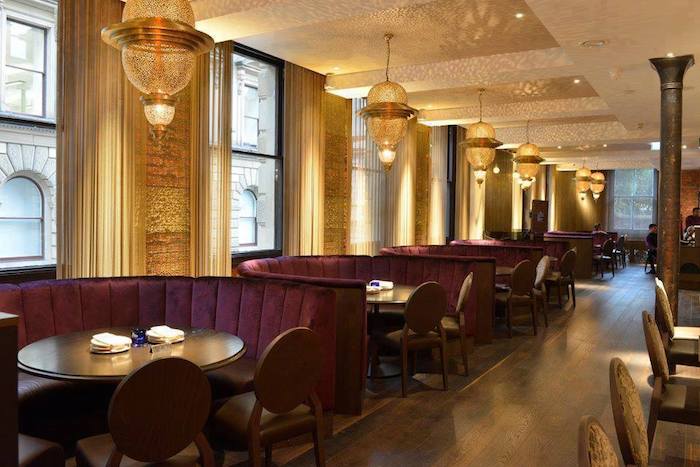 There’s nothing better after a good night out than a great curry. Just ask Ed Sheeran.

The record-breaking singer popped into Asha’s with his entourage after playing four nights at the Etihad Stadium.

The restaurant is inspired by another music legend, multi-award-winning Indian singer Asha Bhosle, with many dishes such as the duck seekh kebab and the Emperors Platter inspired by her own recipes.

Ed’s paneer vindaloo was made to order by the chef while the rest of his team enjoyed scallops, lamb vindaloo and other popular dishes from the summer menu at the Peter Street restaurant in Manchester city centre.

And he took time out to pose for a photograph with executive chef, Ashwani Rangta.

It was amazing to have @edsheeran dine with us last night enjoying our new Indian Summer Menu! The BEST Indian in Manchester 🙌@ILoveMCR @McrFinest pic.twitter.com/V8gHG39y9U

Sheeran has sold more than 26 million albums and 100 million singles worldwide, making him one of the world’s best-selling music artists

But he’ll have to go a long way to catch up with Asha. In 2011, the Guinness Book of World Records officially acknowledged Asha as the most recorded artist in music history, with over 11,000 songs in over 20 Indian languages, and in over 1,000 Bollywood movies.

She was the subject of Fat Boy Slim’s 1997 hit version of the Cornershop tribute, Brimful of Asha.

Guy Garvey of Elbow recently held his post-wedding meal at the restaurant and comedian Jason Manford is also a fan.

“Asha’s is increasingly becoming a firm favourite amongst the well-known faces in Manchester,” said Matthew Firth, general manager of Insight, the restaurant group to which Asha’s belongs.

“We offer beautiful food, terrific service, and ensure that every customer receives the VIP treatment.  Manchester has a thriving restaurant scene, so we felt privileged that Ed chose to visit us to enjoy some authentic Indian cuisine.”