The Manchester Cook Book: The Perfect Gift for Foodies 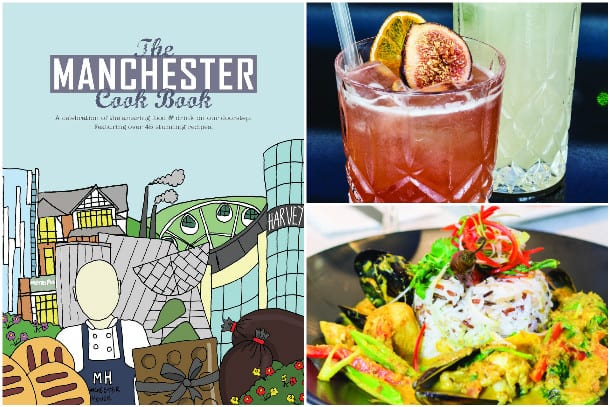 When it comes to eating out in Manchester we’re spoilt for choice. There’s no shortage of places serving great food, but let’s face it, most of us can’t afford to eat out every night. Now you can recreate your favourite meal in the comfort of your own home thanks to the Manchester Cook Book, which features over 55 recipes – and stories- from some of Manchester’s best restaurants, cafés, delicatessens, pubs, producers and suppliers.

The Manchester Cook Book highlights some of the finest food to be found in Manchester, as well as local producers and suppliers in places like Didsbury, Chorlton, Bury, Oldham, Levenshulme, Salford and Stockport.

The 224 page full colour book features guest recipes from some well-known faces such as Masterchef 2015 winner Simon Wood, as well as well-known TV chefs and stars of Restaurant Wars, Simon Rogan and Aiden Byrne, who run many successful dining establishments between them.

Aiden, who has written the foreword for the book as well as contributing his hay baked mallard recipe, is a big fan of the Manchester food scene.

“We have filled our restaurant pretty much each lunch and dinner since opening and that is credit to Manchester’s desire for a bloody good plate of food,” he said.“The vibe in and around Manchester is electric, the sense of positivity is contagious and the number of restaurants that are opening is proof of this.”

This year’s Masterchef winner Simon Wood, who has since quit his job and taken up a role as executive chef at Oldham Athletic, says: “I’m very excited to be featured in the Manchester Cook Book alongside some pretty iconic Manchester chefs. My culinary journey is only just beginning but being a part of this book is a real privilege.”

Among the venues featured are The French, which has been awarded four AA Rosettes, and named ‘Best Restaurant (Outside of London)’ at the Food & Travel Reader Awards and ‘Restaurant of the Year’ at the Manchester Food & Drink Awards. 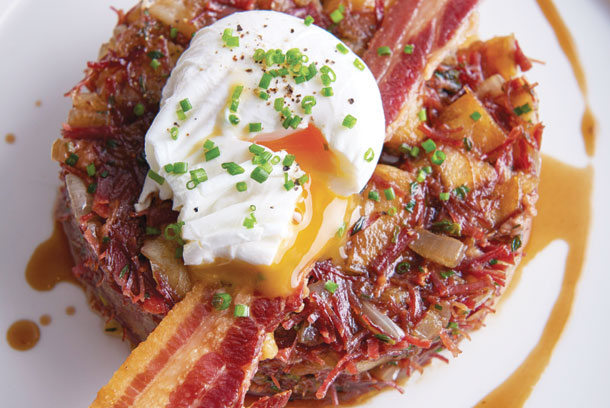 There are also contributions from Infamous Diner, Mr Thomas’ Chop House, Iberica, Croma Pizza, 63 Degrees, Trove and many, many more – you will probably spot one or two of your favourite eateries, as well as a few new haunts.

The Manchester Cook Book retails at just £14.95 and will be available soon at all of the businesses featured in the book as well as select local gift shops, book shops including Waterstone’s and online at Amazon.