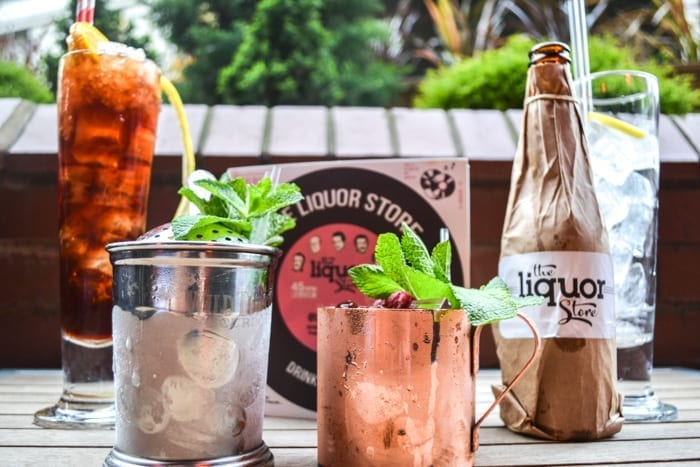 Amongst the subtle nods towards American bar culture, The Liquor Store celebrates the cool, cultured and, above all, friendly experience that Manchester has to offer – from explosive flavours to laid-back beers.

Their mission? To capture the spirit that Manchester is famed for – making customers happy by delivering a hedonistic combination of cool music, delightful drinks and a fun, laid-back atmosphere.

Inspired by the diverse array of liquor crammed in liquor stores around the States and also a culture that brought us Liam & Noel, Ian Brown, Morrissey the cocktail list at Liquor Store is as cool and credible as you’d expect.

‘You need a little insanity to do great things’. The new cocktails are revolutionary creations by the incorrigible, flamboyant, award winning bartender Danny Bigg-Wither.

Quirky, original, creative but inherently stylish… just like the city itself. Signature, best selling cocktails such as ‘St Hendricks Elderley Rose’ and ‘Sally Cinnamon’ have earned enough credit for a second coming. New additions include: ‘Manchester Mule’ – that will have you licking yourself, it’s that fruity – and ‘Brown Bag Iced Tea’ – served in a classic liquor store brown bag and tastes like American cream soda. One for the sweet tooth is ‘The Blockbuster’ – combining butterscotch, popcorn and ice cream. 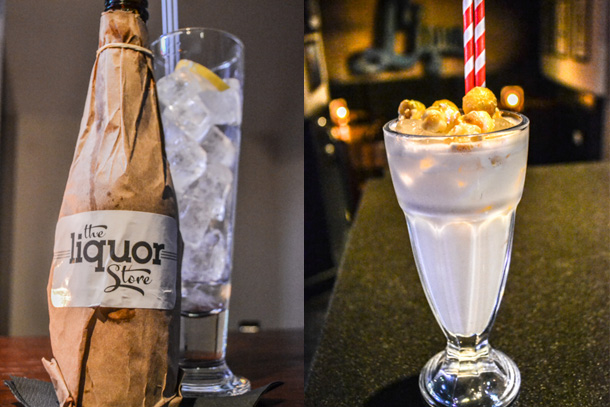 The Liquor Store is a democratic destination – CEOs are as welcome as students. Its accessible, its casual and its real, authentic Mancunian favourite.

The bar ambience is transformed at 5pm with the help of its indie, rock’n’roll, classic rock and pop soundtrack blend; featuring more than a fair share of Mancunian favourites.

Doug Waldron, The Liquor Store founder, commented: “Liquor Store is about original cocktails, cool music and a great atmosphere; simple as that. I think our new drinks menu will keep our beloved regulars happy whilst also attracting new customers. Manchester’s a city known for its no nonsense approach to high quality drinks, and of course one that knows how to have a good time. Our boy Biggsy did good.”

The new cocktail menu is available right now. Ask one of the knowledgable bartenders for their recommendations too!