April 2nd is World Autism Awareness Day. There is no cure for autism. It’s not a disease but a lifelong developmental disability which affects how people perceive the world and interact with others.

Amanda Haydock became interested in autism five years ago when she started working as a support worker for two young children on the autism spectrum. Following this experience, she learnt about autism and decided she wanted to help make a change in the local community.

Realising how little early intervention was available for autistic children in Manchester, in late 2015 she set up The Rainbow Project at her home in Irlam.

It’s a specialist, early support service for children on the autism spectrum between the ages of two and five.

Its mission is to provide high quality, care that helps the children become happy and confident communicators.

Amanda attended training in several different methods, learning techniques and strategies to help the little people in her care.

She’s using the DIR/Floortime model because of its ethos of respecting the child, going at their pace and expanding meaningful interactions, starting from the ground up and having fun.

This model puts sensory and emotional regulation at heart, meaning it prepares the child to understand the surrounding world, before engaging with it. 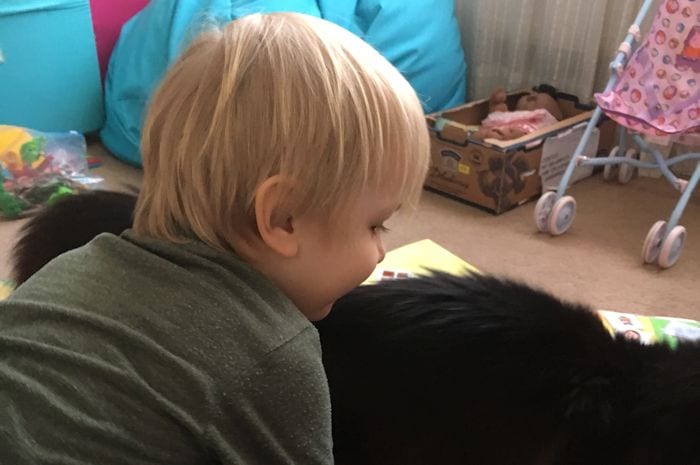 To teach the children to receive sensory input before interacting with her, Amanda uses tools such as a trampoline, peanut ball, large spinning bowl, and swing.

“It’s hard work which can be frustrating at times, but the progress the children have made makes it all worth it.

She believes early interventions are incredibly important for children on the autism spectrum because it helps them develop more flexible thinking and be more engaged with the people around them, learn to play and have fun, form new neural connections, and develop vital communication skills which will reduce frustration and help them throughout the rest of their lives.

Amanda not only works with the children but also offers counselling to their parents:

“Families are often stressed by the lack of understanding and support available to them. I’m trying to help families by giving them honest feedback with a huge dose of hope. These kids and their families are strong people who inspire me every day.”

Recognising that children have sensory, social, and communication difficulties as early as possible is the key to helping them make progress.

Talking about some of her success stories, Amanda mentions Thomas, whose imaginative play has gone from three or four different actions to multi-step and highly creative.

“He reacts with real empathy, is affectionate and emotionally connected in a way he wasn’t before, and he invites me joyfully into his play.”

Lily has gone from no functional communication to joining in with songs as well as being excited about people and gaining independence, while Jamie has gone from totally non-verbal to using two-word combinations, having emerging joint attention skills, playing and making up stories with small characters, and has positive attention-seeking behaviours – all in only five months.

“In the last week alone, I have been brought to tears when a child put his hands on my face, looked into my eyes, and smiled.

“I have listened to a proud parent and shared in their joy at the bravery of their child. I have loved being bossed around by a little boy who was, until six months ago, non-verbal.

“The most important thing I have learned whilst working with children on the autism spectrum is that beauty can be found everywhere – in the counting of stars, the laugh of a child, the dizziness of another round of Ring A Ring O Roses, the bravery of a little girl whose brain works differently – if we only slow down, tune in, lose our preconceptions, and let these amazing children lead us.”