The Dude abides: The Big Lebowski returns to the big screen for 20th anniversary celebration 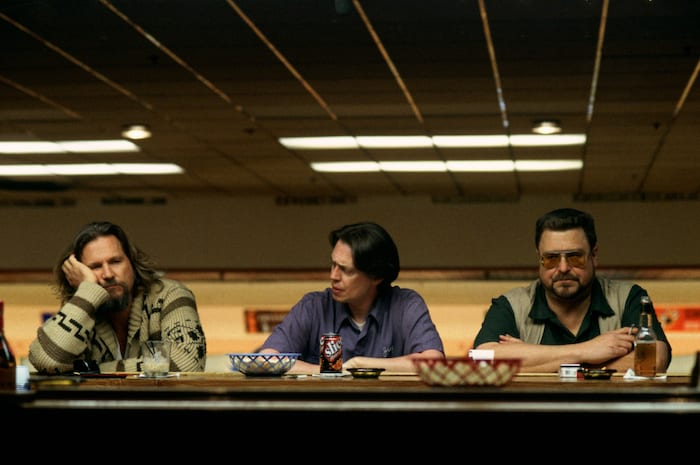 The 20th anniversary of cult classic film The Big Lebowski is being celebrated by a return to the big screen.

The Coen Brothers’ Raymond Chandler-inspired tale of kidnapping and mistaken identity has become a firm favourite for many film fans, achieving cult status thanks to its quirky characters, iconic moments and inspired dialogue.

The film tells the story of Jeffrey Lebowski (Jeff Bridges), aka The Dude, His Dudeness and El Duderino, and his unexpected journey from unemployed layabout to kidnapping go-between, rug thief and bowling kingpin.

He is drawn into an extortion and kidnapping plot that wouldn’t look out of place in a Hitchcock film. Losing his way at every major juncture of the story, The Dude fumbles his way through neo-Nazi thugs, loan shark heavies and thieving schoolkids, despite wanting to just ‘kick back, man’.

Along the way we’re driven down detours into comedy musical numbers, porn-king mansions and many, many White Russians, The Dude’s drink of choice. (It’s vodka, kahlua and cream, in case you’re interested).

Julianne Moore takes on one of her more eclectic roles as Maude Lebowski, daughter of the titular Lebowski, who winds The Dude round her finger as part of her plans for the family business.

Like many cult movies, The Big Lebowski was a bit of a box office flop when it was released in 1998, but has gone on to spawn merchandise, cocktails, themed venues, and even a religion known as Dudeism, for whose followers there’s always a beverage available.

Spawning countless memes, fansites and cosplay costumes, The Big Lebowski is a cult film of exceptional quality and arguably the Coen Brothers best known work. Fans of the film can recite dialogue verbatim just from a nod or reference to something as inconsequential as a bowling ball or an ornate rug, both of which feature heavily in the film.

Such is the movie’s popularity, Lebowski Fest was conceived in 2002 to bring together fans of the film in a celebration of everything Dude-esque. Fans turn up in costume, get to talk about and see screenings of the movie and meet the stars, who staged a special reunion in 2011 when Jeff Bridges, Julianne Moore, John Goodman and Steve Buscemi took part in a Q&A session in New York. And as you’d expect, there’s bowling and live music.

Appealing to new audiences all the time, fans of the film, known as Achievers, keep spreading the good word of The Dude and joining him in a White Russian whenever they can.

If you haven’t seen the film, why not go and find out what all the fuss is about? You won’t know how guns, dogs and bowling can work well on screen until you’ve seen it happen.

The Big Lebowski 20th Anniversary screening is on Monday 24th September at cinemas across the region including Vue Manchester Lowry, Vue Manchester Printworks and HOME Manchester. Ticket prices and starting times available from each venue.