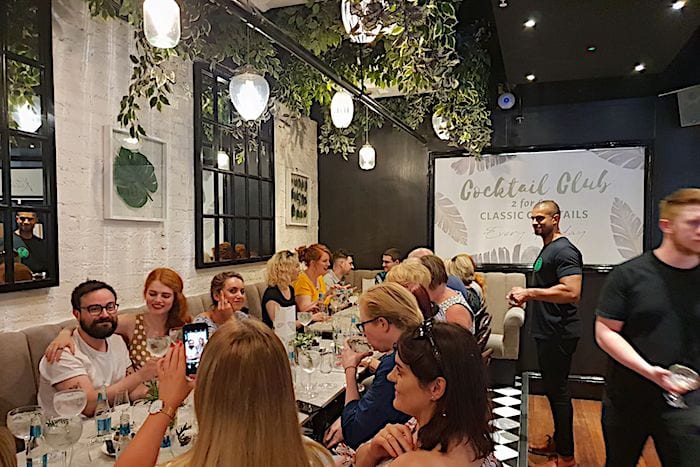 I’m not really a morning person. That extends to not eating breakfast.

Consequently, I’m a big fan of brunch as it gives me time to re-remember all the simple stuff like thinking and talking before I commence gorging like a pig for the remainder of the day.

My only issue with a weekend brunch usually is the disappointing lack of hard liquor. But a solution is here.

The Gin Journey has been established on the increasingly popular booze trail scene in Manchester following their expansion from the original London HQ a couple of years back.

If you’re not familiar with the premise, it’s a day of being chauffeured around some of the city’s best drinkeries (not strictly a word but I like it), where you receive bespoke cocktails and gin samples in each, alongside competitions, trivia and entertainment from one of their booze experts. 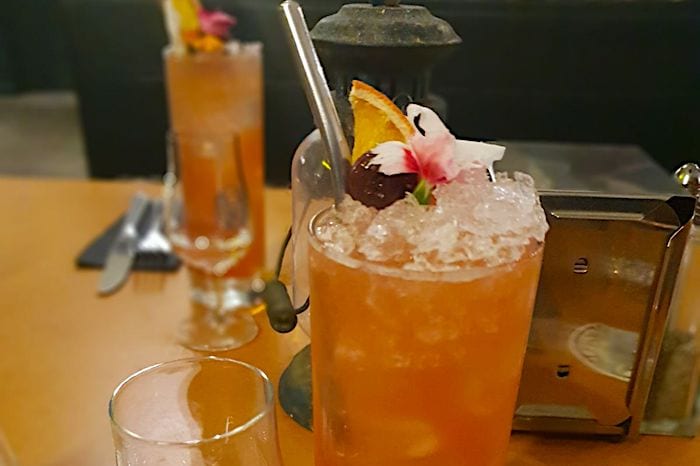 The brunch is a new venture launched in conjunction with World Gin Day and is a similar set-up to the usual one with a brunch provided at one of the venues.

The four venues this time round were new members club Daisy NQ as a starting point, Eat New York for food, and Patron, before finishing in Rosylee.

Our host for the day was the excellent Gin and Juice Jono, who greeted us and the other guests at the swanky Daisy NQ with a Japanese Negroni and our first sample, which I was immediately urged to “neck” by my guest for the day. Can’t take us anywhere.

I obliged before I realised that we were supposed to talk it through, so had to pretend to be smelling the subtle hint of citrus in my now empty glass whilst nodding studiously.

Next up was the venue for brunch and two more cocktails and samples – Eat New York. Food options were an all-day breakfast burger or corn cake and avocado stack on rye bread. The all-day burger was the one for me – a fantastic gargantuan brunchy tower which helped soak up some of the juniper juice in order to, well, drink loads more. 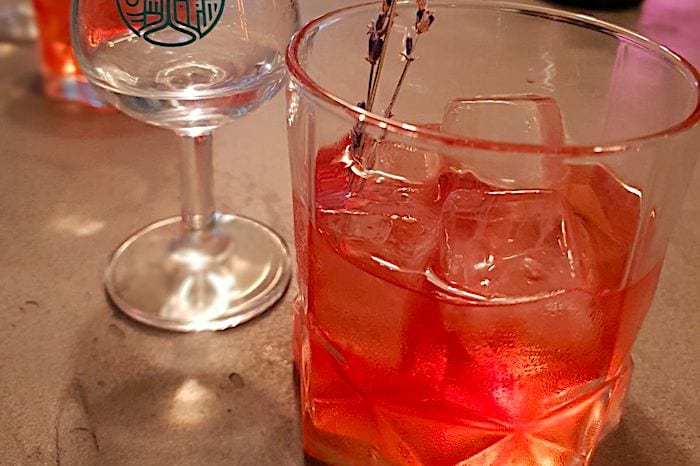 During the second drink there was a quickfire quiz which we did miserably at as a collective, failing to answer most of the simple questions, so Jono had to award the prizes to those who had either had the best guess or simply tried the hardest. Bless us.

I had necked several samples and cocktails by this juncture, so the more specific details of the last two bars, Patron and Rosylee, are a little patchy in my mind. I do recall loving both the cocktails and the time spent in both. And could it really be a gin tour if you aren’t getting progressively drunker and giddier by the three-quarter mark?

The Gin Journey Brunch is a gin lover’s dream, with samples and cocktails using the likes of Three Rivers, Kuro and Mare gins, and plenty of laughs. What more do you want from a Sunday?

Just maybe don’t schedule anything important or taxing to do afterwards as you will be both drunk and full.