National Chocolate Week is the perfect excuse to indulge in a whole week of guilt-free chocolaty goodness. 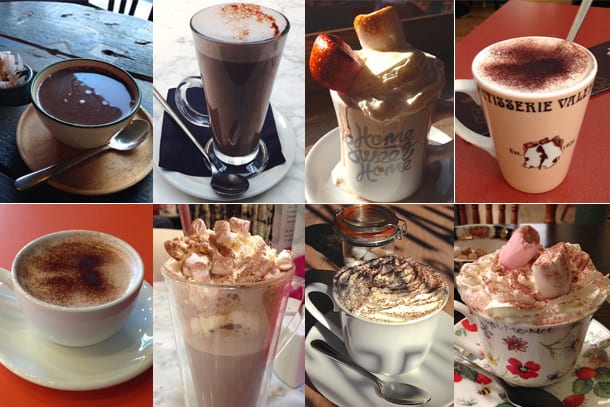 As the days get shorter and summer starts to seem like a distant memory, National Chocolate Week is the perfect excuse to indulge in a whole week of guilt-free chocolaty goodness.

It’s hard work, but someone’s got to do it. We wanted a list of ten places but, apparently, Moose’s hot chocolate is so popular it was sold out! That’s what Jemima told us anyway. Maybe she’d had enough hot chocolate for one day. What would your number 10 be? 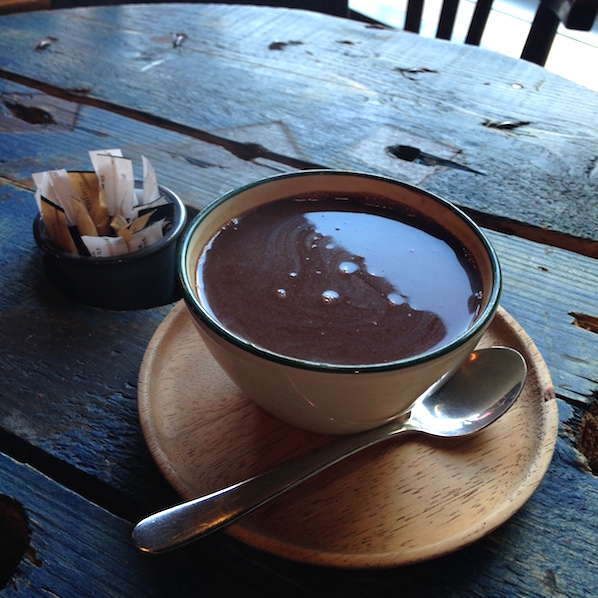 This tiny three table café that forms part of a chocolate shop serves a range of different flavoured hot chocolates for £3.50. I opted for the salted caramel version and was far from disappointed. Made with real chocolate instead of powder, it had a rich taste with the salted caramel coming through towards the end that more than made up for the simple presentation and lack of cream or garnish. 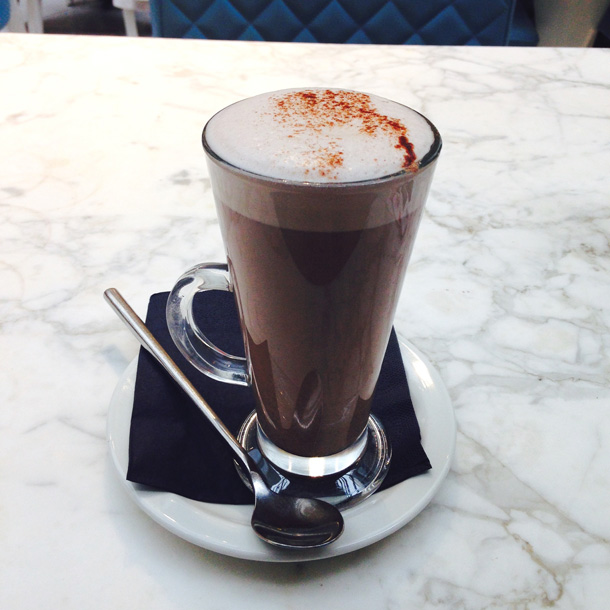 This chic café on the Lower Ground floor of Selfridges Exchange Square serves up a delicious hot chocolate for £2.80 that can be flavoured with vanilla or cinnamon for an additional 10p. I opted for the vanilla and was not disappointed by the decadent and subtle flavour complimented by the frothy milk topping. 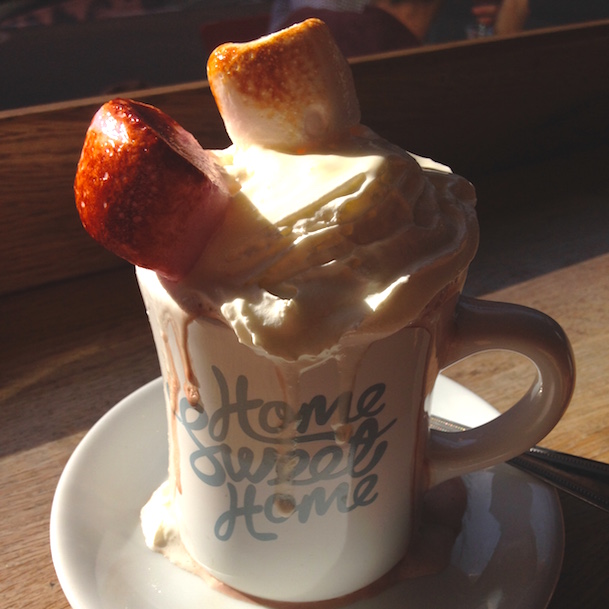 Earning points for its great value (£2.90) and the toasted marshmallows on top, Home Sweet Home’s hot chocolate had a rich chocolate flavour that was nicely balanced out by the generous helping of cream. The only thing that let it down was the fact it wasn’t piping hot when served and the cream once mixed in lowered the temperature even more. 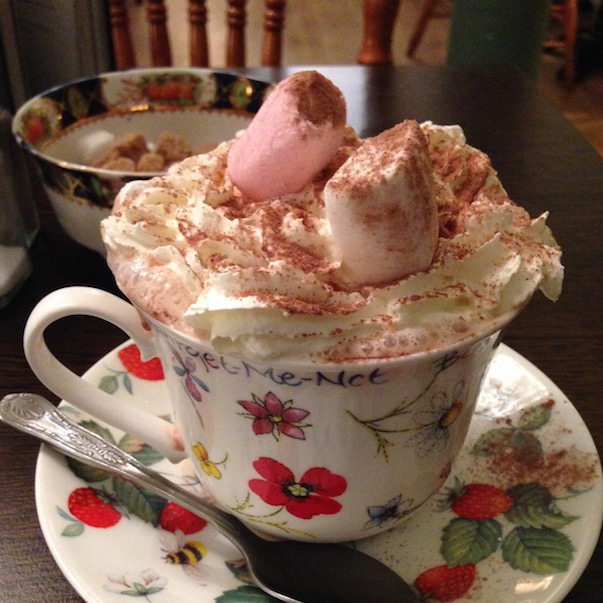 This quirky two floor café in the NQ had the best crockery out of the lot and delivered a huge serving that was worth paying £3.50 for. Served with a mountain of cream and giant marshmallows, the hot chocolate had a nice subtle flavour and was super creamy. 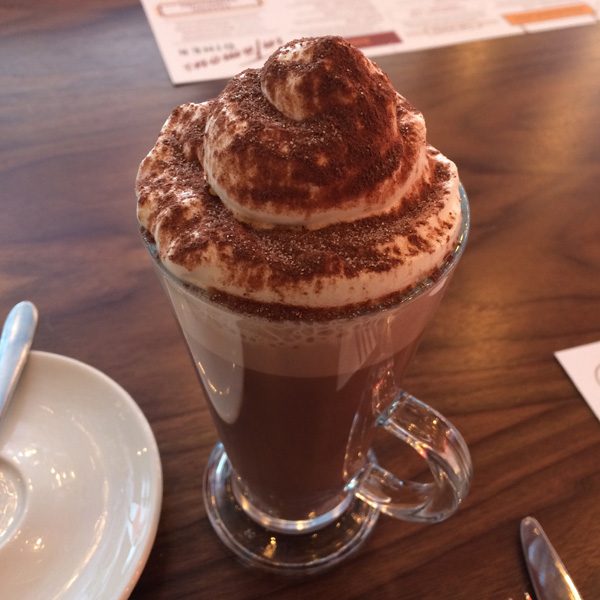 Infamous Diner is an American diner style restaurant complete with red leather booths, American classic tunes and Back to the Future playing on a television screen. Their hot chocolate came in the cheapest at £2.25 and was simultaneously sweet and creamy whilst having a slightly bitter yet not unpleasant after taste from the cocoa used. 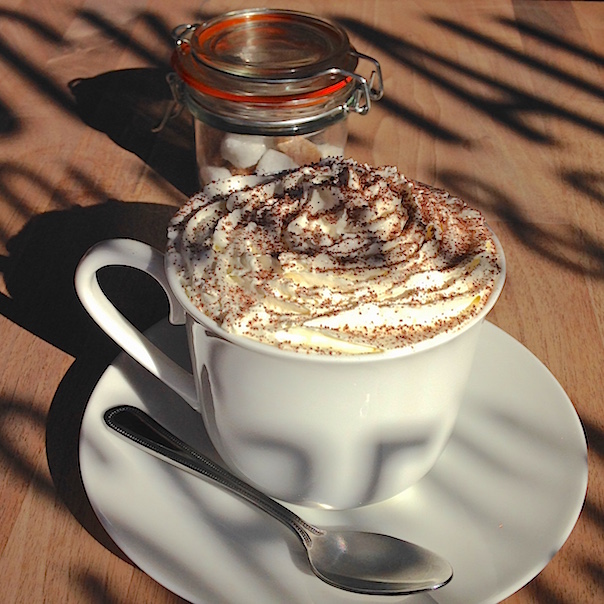 At the top end of the budget, Tea Cup Kitchen in the NQ prices its hot chocolate at a staggering £3.80. The chocolate taste was rich and had a slight bitterness to it that could be sweetened by adding sugar cubes to taste. Perhaps it would have been better without the generous amounts of cream as this made it rather sickly. 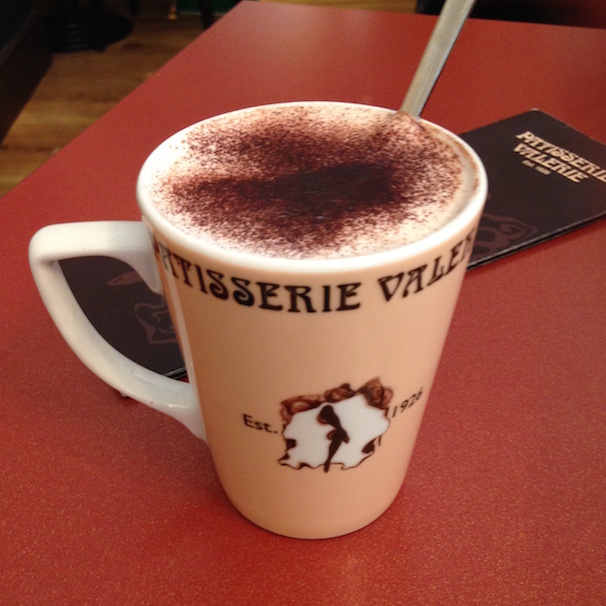 This Parisian-style chain café on Deansgate offers a hot chocolate that is not too sickly and has a lovely light chocolate brownie taste. A great version for £2.80, it would perhaps not be worth the money if you wanted to add cream on top for an extra 65p. 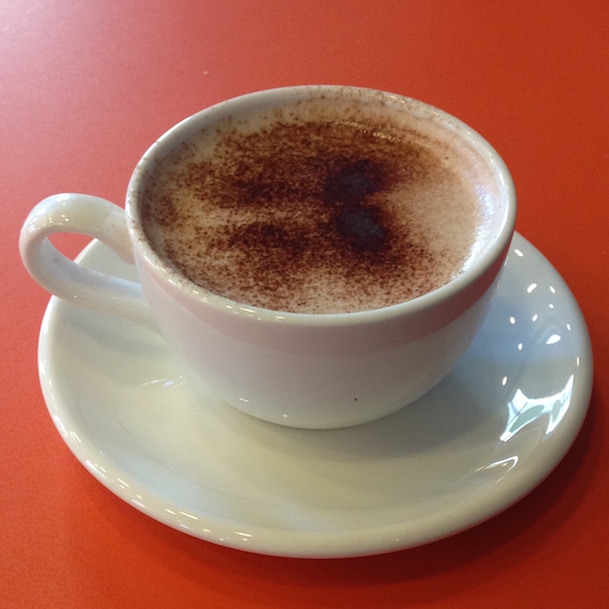 Set in the beautiful building that houses the Manchester Art Gallery, the attached café is surprisingly large and a pleasant place to have lunch or a drink. The hot chocolate came in at £2.60 for a regular size and was delicious, despite being made from a sachet of powder. It was hot and finished with frothy milk and a light dusting of powder with a lovely creamy taste that didn’t overpower the chocolate. 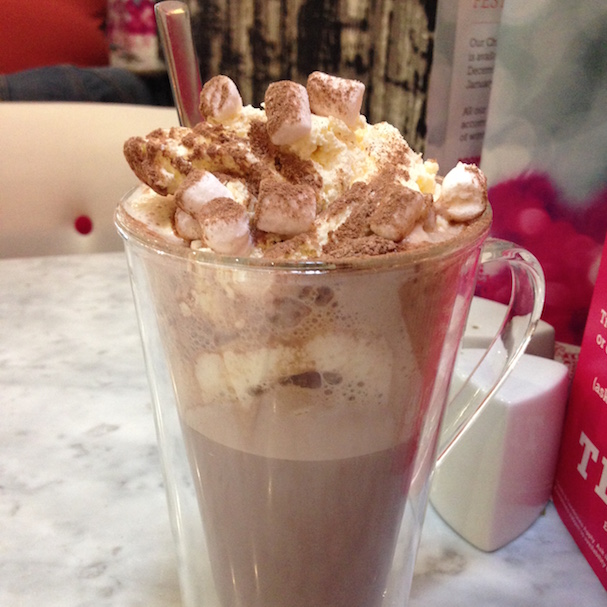 The stylish café on the edge of the Northern Quarter specialises in teas from around the world and is also the perfect place to indulge in a hot chocolate. It is served in a nice latte glass complete with plenty of cream and mini marshmallows for £3.50. Unfortunately, the chocolate flavour wasn’t quite strong enough nor was the cup steaming hot but it was a lighter alternative to the often sickly beverage.

What would your number 10 be…?