The Apprentice candidate Sarah Byrne: “I’m not a stereotypical businesswoman but I tell it like it is” 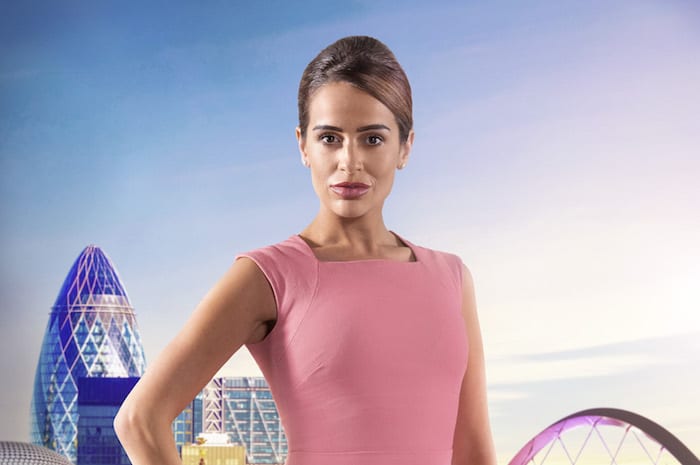 She has starred in Shameless and Hollyoaks, but Manchester’s Sarah Byrne is about to take on her biggest TV challenge yet as a candidate on The Apprentice.

Sarah, 29, set up her own children’s acting academy two years ago, and will now be one of the 16 business hopefuls aiming to win Lord Alan Sugar’s £250,000 when the show returns to BBC One tonight [Wednesday, October 3rd].

Sarah, originally from Oldham, will be right in the thick of the action – and the arguments! – from the very first episode, which will see the candidates split into male and female teams and sent to Malta.

Sarah says: “I’m not an aggressive character, but I believe if you’ve got something to say, you should tell someone straight so you can solve it and move on.  I’m not afraid to tell people what I think.

“I don’t like things to linger, I’d rather agree to move on and move forward.  That’s the best thing in business.  I’m not afraid of a challenge, I’m passionate and I’m ambitious.”

Sarah, who is a mum to four-year-old Sadie, applied to take part in the show but was shocked when she beat off competition from thousands of others to win a place on the show.

She says: “I set up my children’s acting academy and I’ve come a long way in the past two years so I was thinking ‘what can I do for next challenge?’ and decided to apply.

“I just didn’t believe I would get through and I forgot about it, but then I was called in and the meetings went on until I made it!

“I’m not perhaps your stereotypical businesswoman but I think that’s what makes it interesting this time there are very different candidates.

“I’m a down-to-earth person and I’ve got no inflated ego that you see sometimes on shows like this.”

Sarah began her acting career as a 15-year-old, and got her first taste of fame when she won a role in Channel 4’s Shameless in 2008 playing Meena Karib.

More recently, she appeared in Hollyoaks in 2017 as Bella.

She is now hoping to inspire and educate the next generation of acting talent with her academies – and believes the skills learned at academies can be brilliant for boosting the confidence of young people.

If she wins the £250,000 business investment from Lord Sugar, she plans to invest the cash into developing her acting academies, with the addition of an acting agency.

She says: “I’ve used my connections in the industry to push the children forward to acting agents, but ultimately I want to represent them myself.

“I grew up in Oldham, I was really lucky I got spotted at 15 by a good casting director and it opened so many doors for me.  So I’m passionate about helping other young children to progress.

“As someone who started at a young age, I know casting directors are not necessarily looking for stage school jazz hands kids, it’s ok to be yourself and embrace that and incorporate your own character.”

Sarah’s daughter Sadie, whose father is fellow former Shameless actor Jody Latham, is also excited to see her mum on TV. Sarah says: “She knows that something is going on, she’s seen me in the newspaper.  Me and Jody have both been on TV before so she knows we’re both actors.”