TGI Friday’s at last has opened in Manchester city centre on Cross Street.

Let’s not ignore the site established in the Trafford Centre. However, people of Manchester city centre; workers, residents and general lovers can now get their local TGI kicks.

Darrell Wade, T.G.I. Friday’s UK commercial director said: “We know we have a huge number of Friday fans in Manchester and we’ve found the perfect venue, right in the heart of Manchester.”

The two-floor TGI’s here in Manchester is one of the biggest in the world, if not, certainly the UK. Not only has it created some good American food fun but, probably most importantly for the city, it’s created 140 more jobs. 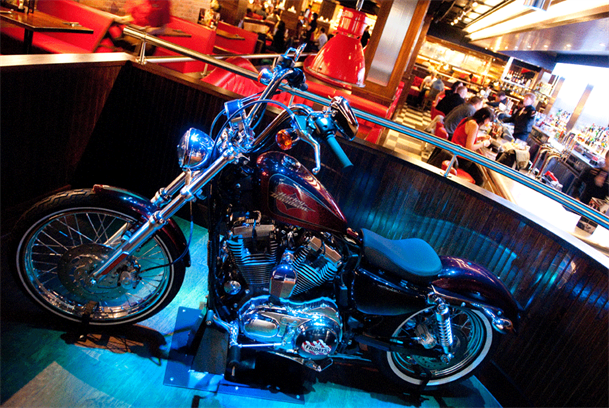 All the staff are trained how to make the perfect cocktail and a few tricks along the way. The milkshakes are second to none! Try the chocolate malt milkshake. Do it!

Now the food, we needn’t bang on about. Pure American indulgence. That’s pretty much enough said. I will however, mention that the Jack Daniels smothered offering is the tastiest. You don’t even have to be a fan of JD to appreciate the flavour. They do chicken strips, giant burgers and full/half rack of ribs soaked in the stuff. Or a version of it in their own sauce anyway. Washed down with a cold bottle of Rolling Rock or an entertaining cocktail, you won’t be disappointed. 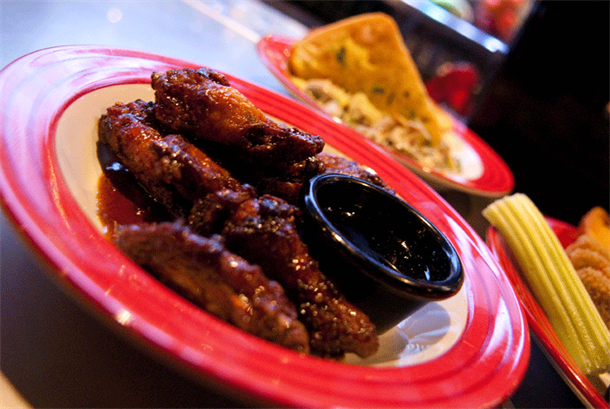 If you’ve room for dessert this is the place to come, because it’s a gooey calorie fest of pure heaven.

Everyday is Friday at TGI Friday’s. And us Manchester lot; how we love Fridays!