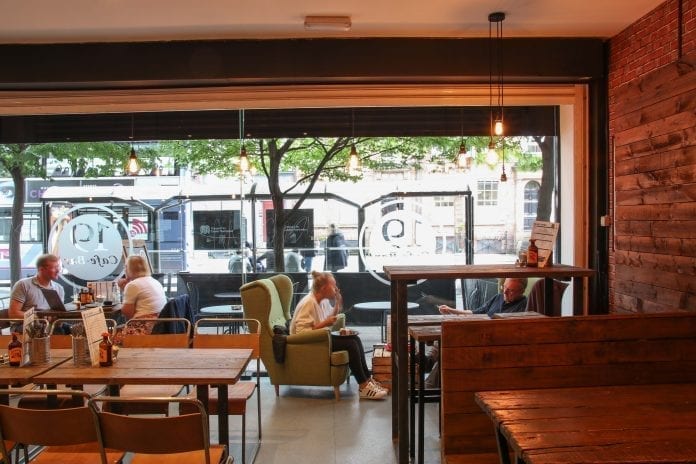 I shouldn’t enjoy brunch as much as I do.

It’s that Aussie – American – Hollywood – Melbourne idea of smushing two words into one. Basically, it’s for those of us too lazy to wake up for breakfast and it’s an excuse to have a cocktail or three before midday. In Manchester, brunch is a noun, verb and way of life.

What you might not know is that there’s a hidden gem of a brunch spot hidden down on Lever Street. It’s a place you might have passed a dozen or so times on your walk down to Piccadilly Gardens.

Tucked away off the main Northern Quarter strip of Tib Street, this snazzy outpost has bolstered the area’s brunch offering with a focused and fantastic menu, choc-full of all sorts of good stuff. No watery lattes or boring breakfast boulders here. 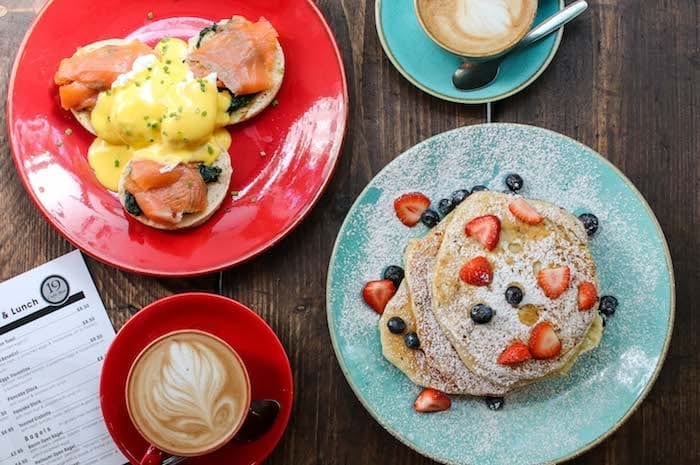 If you’re in the market for a mid-morning spot to kick start the day, grab a coffee and bring a good book. It’s the sort of cafe you can happily sip away the morning and sit in a cosy snug corner all afternoon people watching and procrastinating the day away.

The furniture is repurposed, the walls are bare – apart from a couple of well placed bits of wall art – and the lightbulbs are exposed and just the right side of dim. The cafe itself is laid back and run by Nikita Lyle, who has big plans for the place. 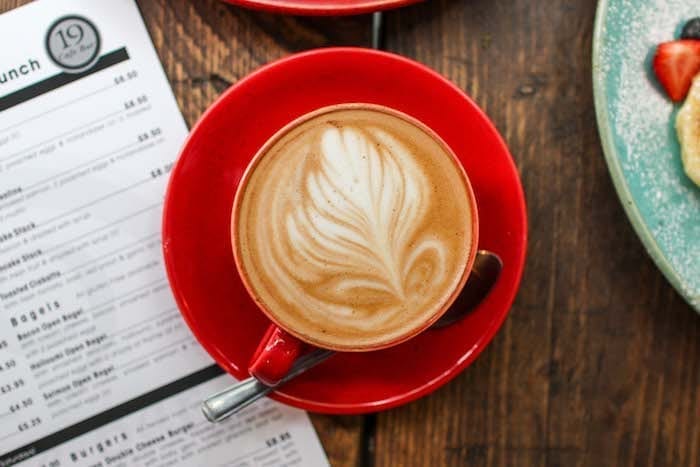 Now for the big question. How’s the coffee? I’ll be honest. You’ll find no four word long coffee orders at this joint. Leave that to Starbucks. Instead, you’ll step into the smell of fresh roasting beans and the smiles of a bunch of dapper-looking and chatty baristas.

The white chocolate mocha comes well recommended and will take you on a chocolate coffee trip that is out of this world. Delicious, sweet yet savoury and a bloody good hangover cure too.

Nikita says her strong coffee all comes down to Heart and Graft roasters.

If you like a bit of spice in your life, the dirty chai is also a winner. Try it and thank me later. 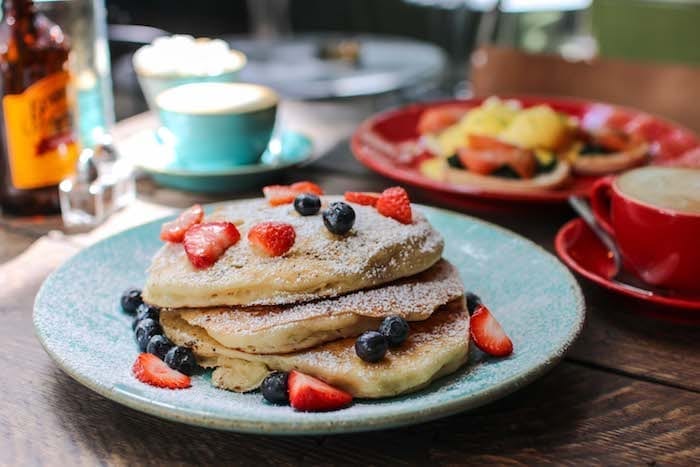 The pancake stack here is probably one of the best in the city. It comes with either fresh fruit or salty bacon and arrives at your table swimming in a delicious pool of syrup. Whether you opt for the meaty or fruity version, you’re onto a winner. It’s the sort of decadent bowl that appeals to every sweet tooth. I could have easily had another.

Next up, avocado. That sweet creamy delicious green stuff that tastes so good whether topped with eggs and chilli oil or mashed into a Mexican spread. Yes, we know there’s a whole world beyond guacamole and avo-toast but the halloumi breakfast bagel from the brunch menu is a real game changer. It’s served on two slices of a crispy bagel, toasted to perfection with lashings of lime-infused smashed avo, two poached eggs and topped with a drizzle of thyme oil. Try it and you’ll see what you’ve been missing. 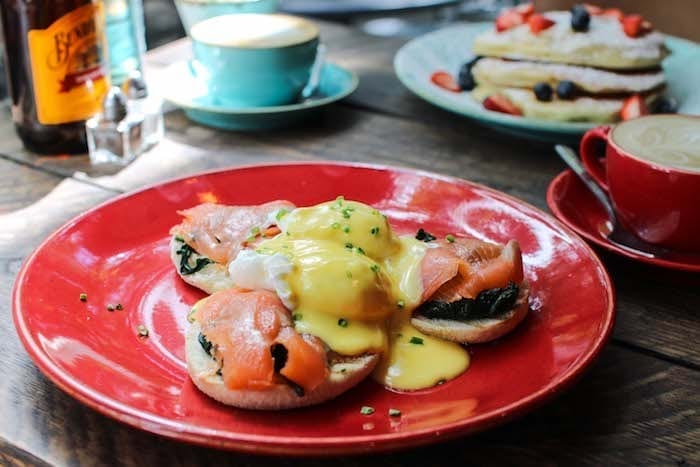 Nothing screams brunch like a hollandaise-drenched poached egg. My companion ordered the classic eggs benedict and it didn’t disappoint. The eggs were poached classically in water and white vinegar. They came atop two classic English muffins and were small but perfectly formed.

It’s the cloak of hollandaise, however, that really elevates the dish to brunch greatness. That velvety salty emulsion, fortified butter and tangy from lemon, seeps off the eggs and onto the thick cut parma ham. This dish is plate-licking stuff.

This is the cafe that for all too long has been overlooked by busy bodies heading into Piccadilly or further up in the Northern Quarter. It has all the vibes of a home away from home, if that home was a quirky cafe in a Brooklyn backstreet.

Next time you’re heading to work, pop in for a mocha or latte or matcha latte. On Fridays, you can pick up a flat white favourite for just a quid. Yes, a barista style coffee for cheaper than a Maccy D’s.

Once you’ve tried the food and the off-the-wall charm that Cafe Bar 19 has to offer, you’ll be heading back time and again. I’d put money on it. 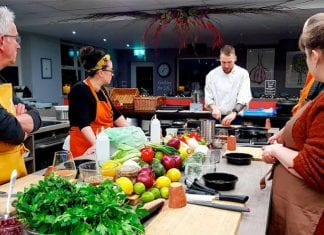