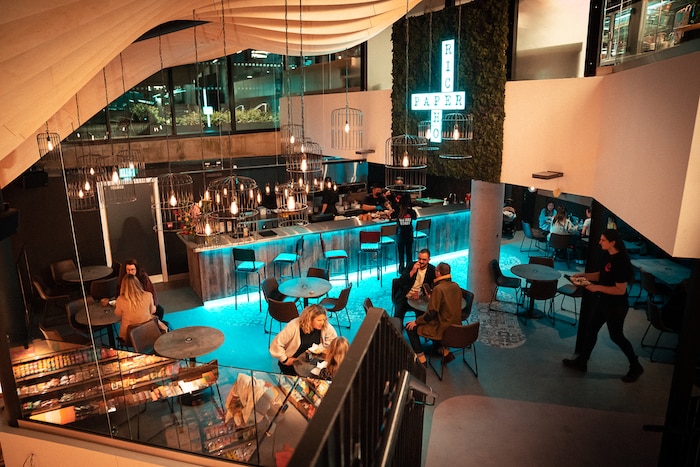 In February, a new flagship food hall opened its doors, bringing flavours from across East and South-East Asia to the city in a stunning three-floor, subterranean complex.

Inspired by famous Asian dining destinations such as London’s Bang Bang Oriental and 1800 Lucky in Miami, Hello Oriental – a subterranean venue with an awe-inspiring ceiling – lies beneath Symphony Park, at the heart of the Circle Square development on Oxford Road.

And now, the new dining destination has been reviewed by national newspaper The Sunday Times. 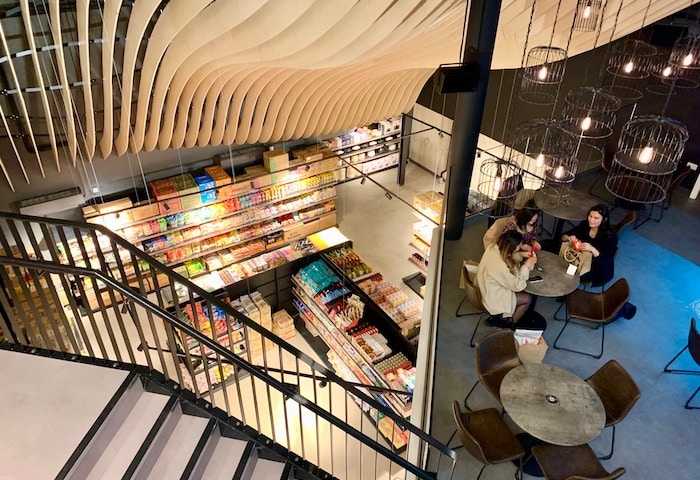 Manchester is having “not so much a boom as an explosion,” writes critic Marina O’Loughlin, who says that each time she hits the city it looks as though it has sprouted “a completely new district, a viaduct sky garden, a green space tucked behind the red-brick blocks.”

Amid all the new restaurants and bars opening, Hello Oriental could be “the perfect avatar for the city’s current buoyant mood,” she writes.

“There’s concrete, wire mesh, neon — the cumulative effect both futuristic and grungy, like a diner in Blade Runner.” 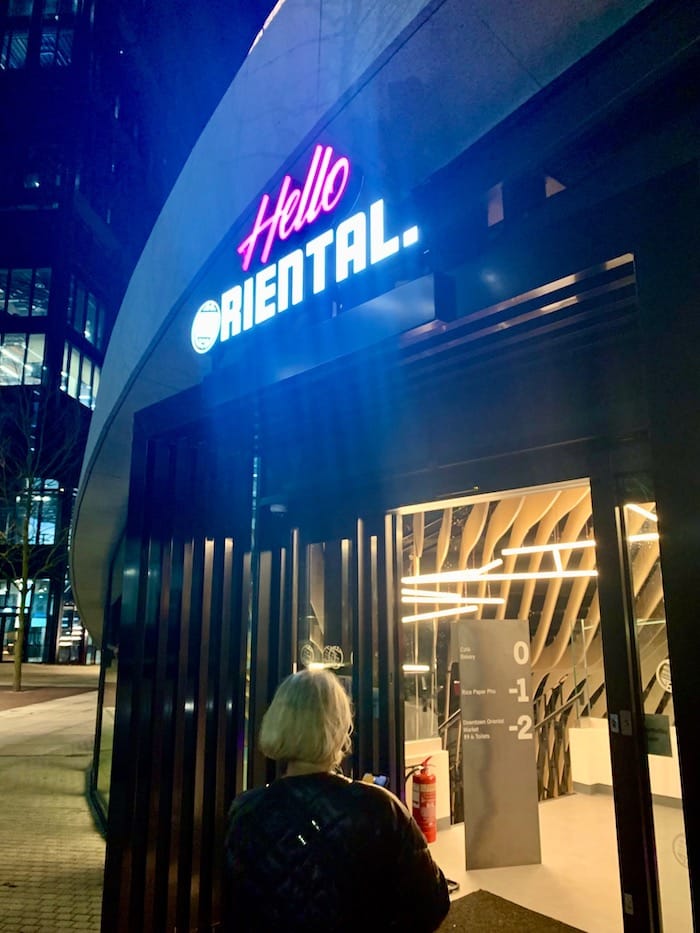 Both are “the sort of thing you’d imagine buying from a street food stall in Hong Kong long after all the bars have closed.

Other joys, she says, include a variety of “pneumatic buns”: char siu stuffed with pineapple, Spam and egg or red bean, plus custard tarts, vanilla cream doughnuts and “Chinese pizza”. 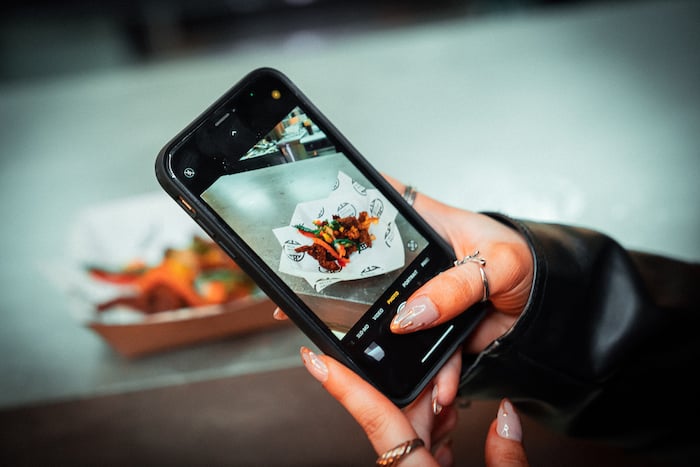 “I won’t pretend this is the greatest Chinese food I’ve ever eaten — and we didn’t try the Vietnamese side of things,” she says.

She’d return, she says, for its “dim sum, its four types of xiao long bao (including, yes, vegan), to try its summer rolls or bun Hué.”

“Hello Oriental sets out to be a lot of fun. And it really is.”

You can’t argue with that.