The project began during lockdown, when people bereaved by suicide joined an online community to create a quilt in memory 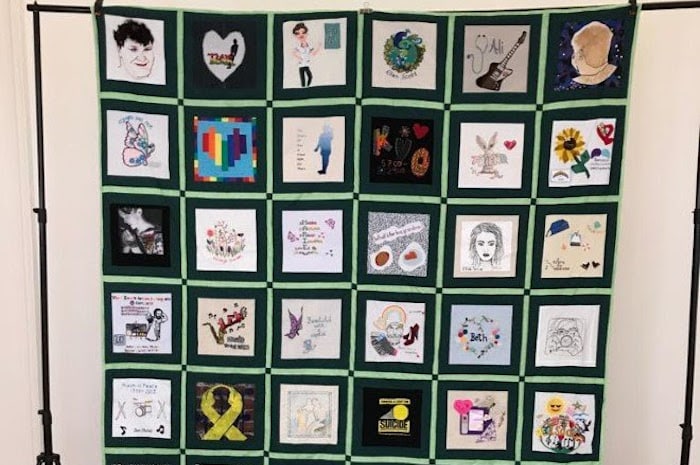 A Greater Manchester suicide memorial quilt is going on display at The Lowry, which is made of 54 unique squares by someone bereaved by suicide.

The project began during the COVID-19 lockdown, when people bereaved by suicide joined an online community to create a quilt in memory of those lost to suicide in Greater Manchester.

The finished work was unveiled ahead of World Suicide Prevention Day 2020.

As well as remembering those lost to suicide, the quilt aims to raise awareness of the impact of suicide and the benefits of peer support and creativity when grieving. 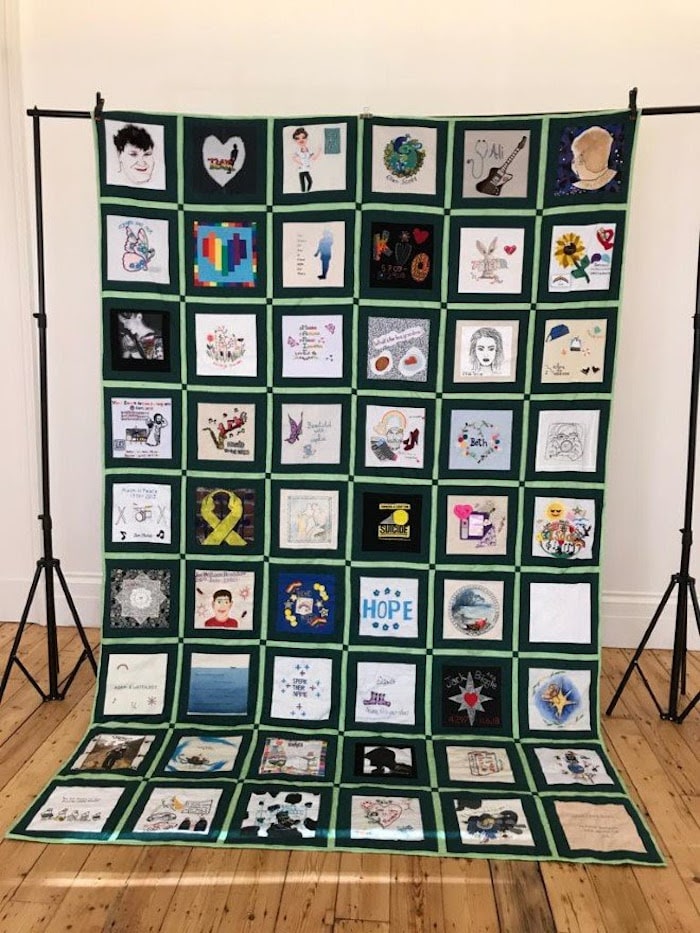 “We are proud to be able to display this extraordinary piece of work within our Days Like These exhibition, which helps everyone tell their own stories and express their own emotions through art,” said Michael Simpson, director of visual arts at The Lowry.

“The Speak Their Name Quilt is very much in this spirit, reminding us that each loss is deeply felt by the people left behind.”

The quilt is being displayed as part of the Greater Manchester Month of Hope, which runs from World Suicide Prevention Day 10th September until World Mental Health Day on 10th October.

The month-long campaign, delivered as part of the Shining a Light on Suicide Campaign, is about raising awareness of suicide whilst inspiring hope across the city-region.

Rebecca Jackson, a fibre artist and mum bereaved by suicide who was commissioned by Greater Manchester Health and Social Care Partnership to run the project, said: “We want to tell the individual stories of those we have lost to suicide, to show the outside world that these are not numbers, they are human lives and real people left behind.

“Quilting has a long history of storytelling and calling for change.

“We hope that the Speak Their Name Quilt will help raise awareness of the impact that losing a loved one to suicide has and to be part of Greater Manchester’s history.”

If you have been bereaved by suicide, you can join the online community and take part in creative activities. Search ‘SpeakTheirNameGM’ on Facebook. For more information on the quilt, click here.