Inside Street Urchin: the new independent English diner causing a buzz in Ancoats

Street Urchin is a new English market diner that opened on Great Ancoats Street a couple of weeks ago with very little fanfare – and that’s just how the owners wanted it.

“I thought it better that we open and make sure all the kit works, and everything we were doing was right and people liked it, but to a limited market, rather than announce ‘Here we are!’”, says Rachel Choudhary, who runs the restaurant, a stylish but unstuffy space with wonderful floor to ceiling windows, with her husband Kevin.

“We discuss the menu together, but he’s the chef so knows what will work, and I’m very much front of house and finance. It’s great to be working together but you have to get on.”

It’s nothing new for the pair – they ran The Victoria in Altrincham for eight years, until it was time to move on. 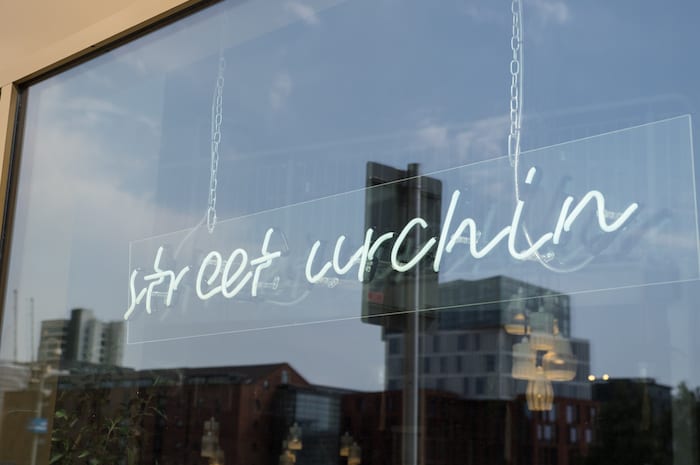 “We started to look for somewhere else to open and had a couple of near misses,” says Rachel. “I think it took us three years before we found this one. We really wanted to be in Manchester, preferable this area, the Ancoats, Northern Quarter side of Manchester. It’s definitely the more independent and food-driven side I think.”

It’s been 18 months since they first saw the site, on the corner of Great Ancoats and Port Street, but only received the keys 12 weeks ago.

“I contacted all my old customers from The Victoria and luckily a lot of them got back to me, and a few of them have already been in to see and support us. Everyone else has just been walking past. The footfall potential is going to be brilliant, and the area is exactly what we want. The people coming in who are what we want, they’re really interested in lovely food that’s reasonably priced.” 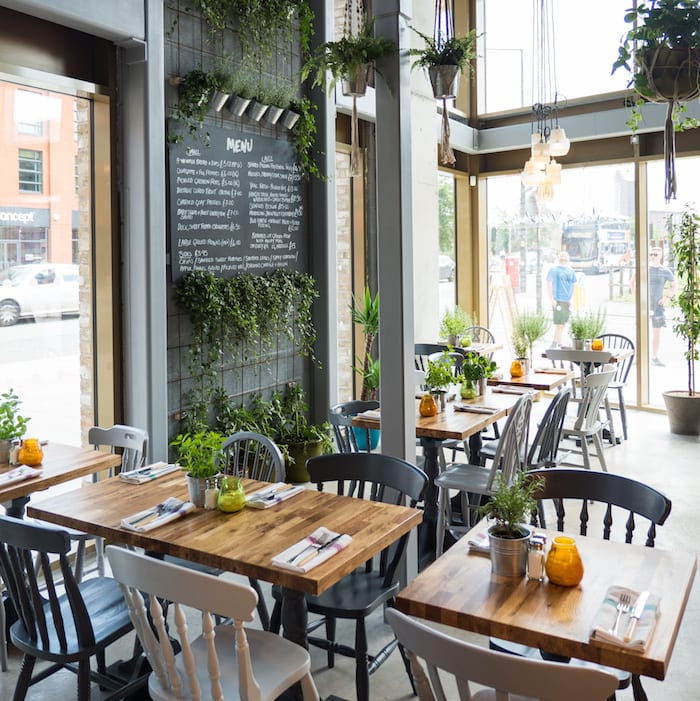 Working on blackboards, the menus can continuously change, depending on what fresh produce they get in each day.

“Some dishes stay on for a week, some just for a few days, but there are dishes like the bisque that will become a bit of a signature and that will stay on but with different things in it, so it’s very much a rolling market menu,” says Rachel.

“But we do a lot of other things as well and we’ll keep with the seasons, which are a lot shorter than people imagine. For a lot of produce, it can be as short as a month. So, we’ll probably put a lot of game on during the game season for instance,” says Rachel. 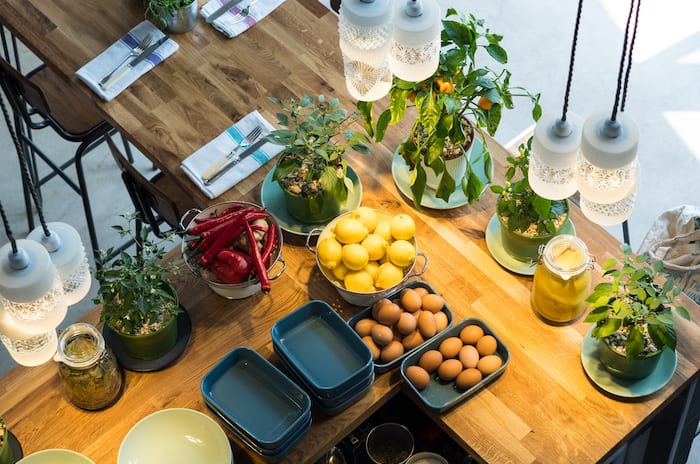 “The menu’s not huge but we’ll always do three, maybe four, puddings, and there will be Sunday brunch options as well,” says Rachel. “It’s very relaxed and you can decide how you want the meal to be. You can use the small plates as tapas, or have a starter, main course and pudding, you just pick your thing.”

They’ve made a conscious decision to ditch the big brand soft drinks in favour of “smaller, ethical brands”, and are working with the local Brightside Brewing Company on the selection of beers. They also offer a “small but well-thought-out” wine list, which can change to reflect the produce. 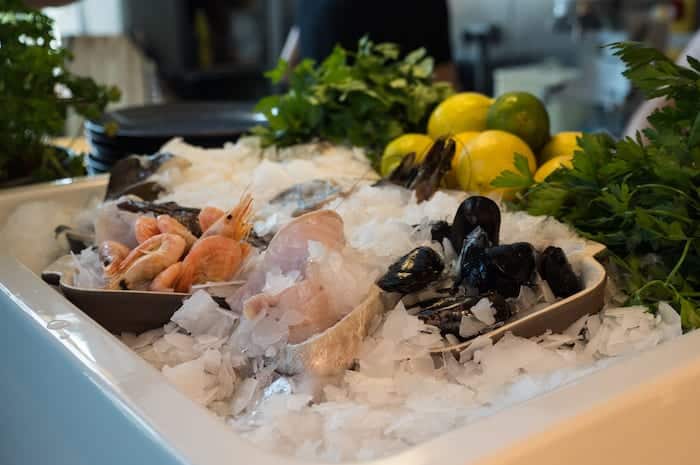 “Nothing is designed to be static,” says Rachel. “We want to keep things fresh and changing, and it’s very important to be sustainable.

“I think it’s part of the ethos of the fresh food and that we stay as local as we can. We’re also making things in house like our own halloumi and not printing too much stuff.”

Most of their furniture has been upcycled too. “Our table tops are new but from sustainable oak, but we’ve just accumulated lots of stuff and kept it in a storage unit for years, like all the lampshades are from the fifties through to the seventies that I bought online. 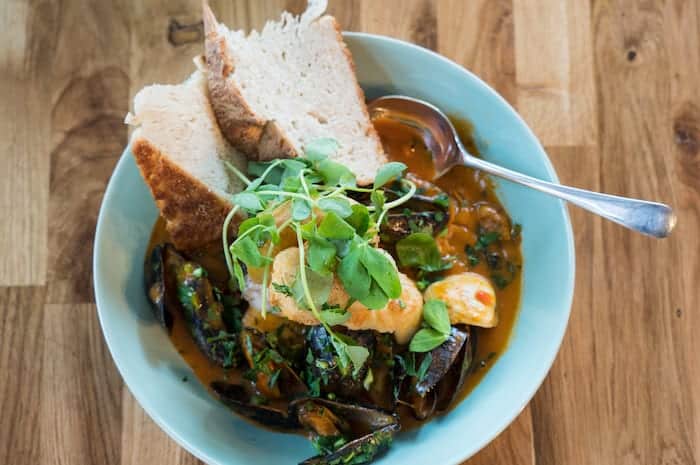 “We wanted that laid back diner feel, so you see right into the kitchen, or sit at the kitchen if you want to, and I love all the light. It’s partly what drove the idea of having a lot of plants because they’ll grow really well. I’m so pleased it’s come together how it was in my mind’s eye, I was so panicked about that.”

The restaurant currently has about 35 covers, with the potential for around another 30 when the mezzanine is opened in a month or so.

“In the future we might set up a small prep kitchen somewhere to do pop-ups because we don’t have the back of house space here, but we probably won’t ever run multiple restaurants,” says Rachel.

“That’s not one of our ambitions. We’re very much an independent, a single unit, and we want to keep it unique.”