Strange but true: when rugby and lacrosse were more popular than football in Manchester 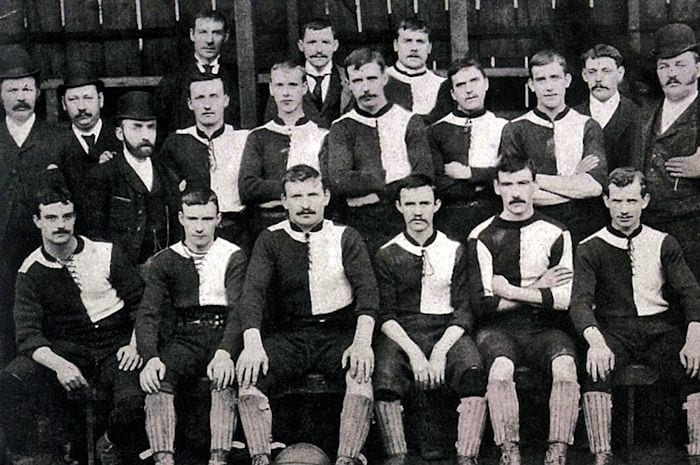 Manchester and football are as synonymous as day and night. The very fabric of the city is interwoven with the fortunes of its two biggest football clubs. It may come as a surprise that it wasn’t always this way.

Research by Dr Gary James from Manchester Metropolitan University has revealed how, contrary to what most people would believe, rugby and lacrosse were once more popular in the city than football. In an attempt to get my head around this, I spoke to Gary to find out how Manchester laid the foundations to become the greatest footballing city in the world.

You say that Manchester was originally considered a rugby city. How did this come to be?

As football developed in the early and mid-19th century, most versions of the game were much more like what we see in rugby today.  Manchester Football Club became the first team, particularly in the north of England, to try and develop the game locally. They were considered the guardians of the game.  Because of this, throughout the 1860’s to the 1880’s rugby was the most popular sport in the city by some distance, both in terms of spectatorship and participation. There were several teams in the area, Manchester being the most prominent, but teams like Salford and Sale also developed large followings.

You suggest that at one point lacrosse was one of the most popular sports in the city.

This is true. In 1876, a Canadian national team and one made of Iroquois tribesmen came to Manchester and put on an exhibition match in Longsight. The sport’s popularity exploded and soon developed a large following. To this day, Manchester continues to be recognised as being a leading lacrosse city.

Hulme Athenaeum was the only association football team in Manchester and they were forced to travel to Sheffield for opponents due to the relative unpopularity of the sport. It wasn’t until 1878 and 1880 when the original incarnations of Manchester United and Manchester City were founded (Newton Heath Football Club and St Mark’s respectively) that football in Manchester started to establish itself. Even at this point, Manchester was considered a rugby city, especially compared to the nearby footballing centre of Sheffield.

Football’s rise was down not to the success of Manchester’s football teams, but rather a self-inflicted wound by the city’s main rugby sides. In 1995, when most northern rugby teams professionalised in an attempt to give greater access to working class players (these professionalised clubs formed the nucleus of the sport of rugby league), Manchester Football Club decided to continue as an amateur, rugby union club. The lack of viable, northern competitors led to a lessening of interest in the sport.

How did the association football teams capitalise on this?

In 1894, Ardwick changed their name to Manchester City Football Club, becoming the first association football club to claim to represent the whole of Manchester. Newton Heath staked a rival claim in 1902, becoming Manchester United. In 1899, City was promoted to the first division and went on to win the FA Cup in 1904. By that time football had truly established itself as the number one sport in Manchester, and Manchester football teams were some of the most popular in the country.  In 1904, Aston Villa had the national highest average attendance of around 21,000, City was 2nd with 20,000 and United in third with crowds of around 18,000. When football took off in Manchester, the city was almost instantly a major national player.

Do you think football could ever be eclipsed as the number one sport in Manchester?

The issue today is that the Premier League could be perceived as distant and out of touch. The gap between the top two divisions and the rest of the pyramid is becoming greater and greater. It has become difficult for smaller clubs, like Stockport County, to sustain themselves. In that way, I could see a split in football, between the elite and the rest.

Even then, I can’t imagine a situation in which football isn’t the number one sport in the city. There have been attempts by basketball, ice hockey and American football to capture the attention of Manchester. All have so far struggled to find a level of interest that could threaten football. We’re at a point where even a reunification of rugby union and rugby league wouldn’t challenge football. Football is too ingrained in the lives of the people of Manchester.

Gary’s research article is free to download for a limited period here.