Mark and Christine Appleyard, two parents from Stockport are tackling the Great Manchester Run to raise funds for Reuben’s Retreat, a charity that offers them support and memory-making days with their eight-year-old daughter, Evie, who has a short life expectancy.

The divorced couple, who co-parent Evie, are taking on the 10k to raise awareness for the Glossop based charity that gives care, experiences and has special facilities for families of complexly poorly children and also supports parents of child loss.

Mark is also running for Andy’s Mans club after the loss of Christine’s brother, David aged 38 to suicide in June 2020. 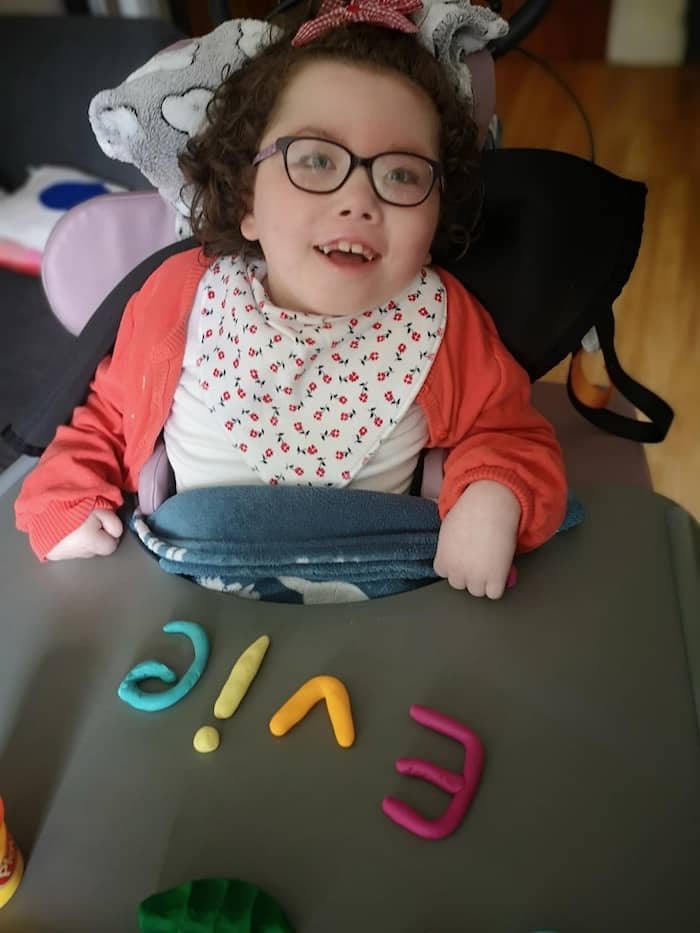 “Before her second birthday, she had a huge seizure which left her unresponsive.

“We ended up living in the hospital so that she could have the care she needed. It was so scary and surreal.

“They did extensive tests to see what was happening but they couldn’t, and still don’t know, what Evie’s condition is – she’s literally one in a million.

“At the time we were given just months for Evie to live, but here she is six years later. It’s a miracle.”

Evie’s condition is currently MEF2C Halpoinsufficiency syndrome which is very rare, but doctors also believe Evie has an undiagnosed neurometabolic condition too which sadly is progressive in nature, as part of this she is non-verbal, has restricted vision and is in a wheelchair.

Her care is a full-time job, and mum Christine is her full-time carer.

“When we were first told she didn’t have long to live it was literally the only thing I could think about, but as time has gone on I know it’s not sustainable to think that way,” says Christine.

“When I see Evie’s face she is such a happy little fighter, it makes it all worth it. 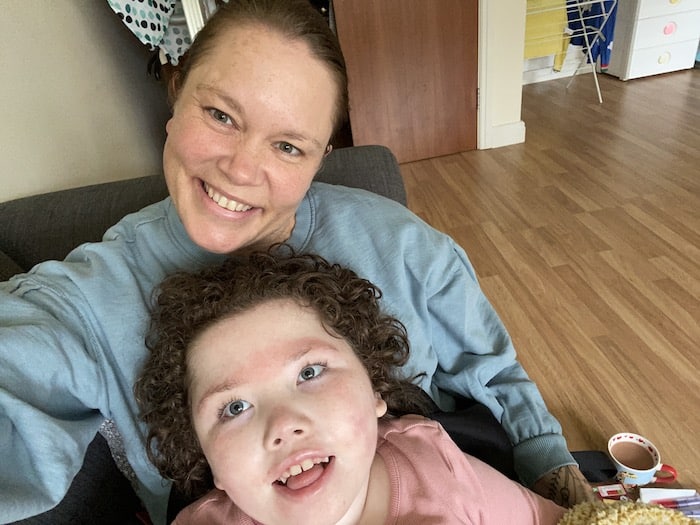 “Evie has a strict timetable for medicines, they start at six in the morning and finish at half past 11 at night. She is tube-fed, so she has special feeding times and needs water this way, too.

“She’s doubly incontinent so she wears nappies which need changing throughout the day. It’s important to wash her and keep her skin nice and moisturised to prevent any pressure sores.

“We also do physio exercises every day.

“She’s currently learning how to eye gaze because she can’t communicate through speech, it’s a special tool on the computer for her to play games, which is really amazing.”

Evie goes to school when she can, “and they are great with her, she loves the kids running around her and being around people,” says Mark.

“She also loves going to the park, and she’s a bit of a thrill-seeker.

“We took her to the Chill Factore and the instructor took her in her chair down the slope really fast – she loved it!” 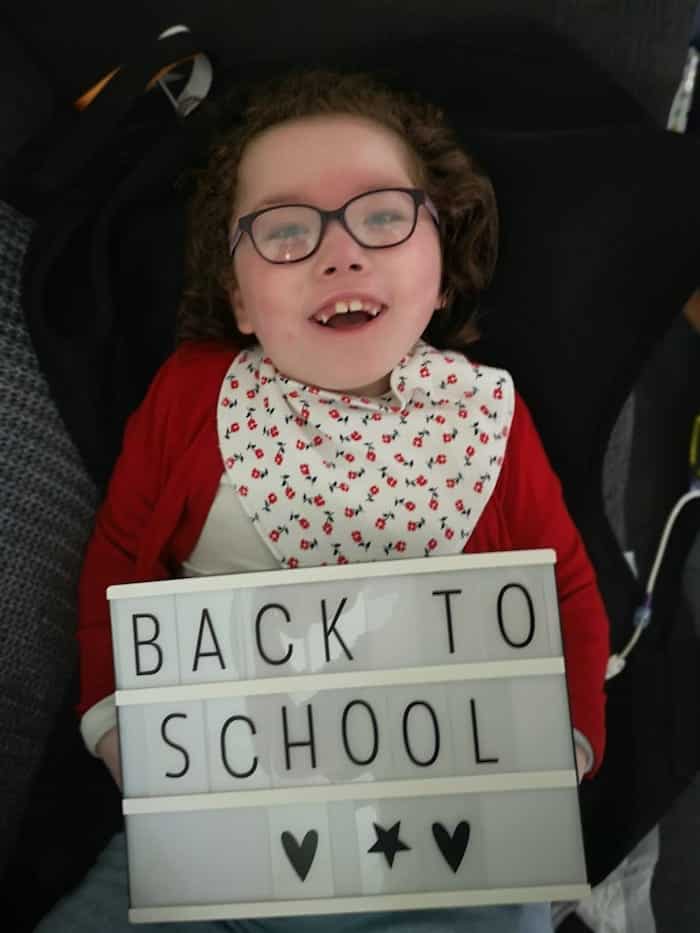 When she was first diagnosed, Evie’s parents made a wishlist for her and it was in those very first few weeks they heard about Reuben’s Retreat.

“We heard about Reuben’s when we were in hospital through my old manager at the time,” says Mark.

“We were the first family to stay at the facilities and it really opened our eyes up to wanting to make memories with Evie and give her experiences.”

The parents will be two of 150 runners taking part in the Great Manchester Run for Reuben’s Retreat as the charity is turning ten this year.

“I volunteer when I can at Reuben’s and they’ve been a massive help for us with Evie,” says Christine, who was previously a primary school teacher.

“Their new hydrotherapy pool which is heated and has a hoist has been really special because it’s meant that we can have skin to skin and hugs with Evie, especially as she’s gotten a lot bigger now and she’s not as easy to pick up anymore.

“They do so many activities for the children, but also for the parents, too. They offer therapy, mum’s mornings, activities for dads, massage and reiki.

“It’s been a really amazing support network for us and made things a lot more normal for us.

“It’s just amazing to have somewhere to go to that’s completely kitted out with the right access, toilets and understanding for parents of disabled children.” 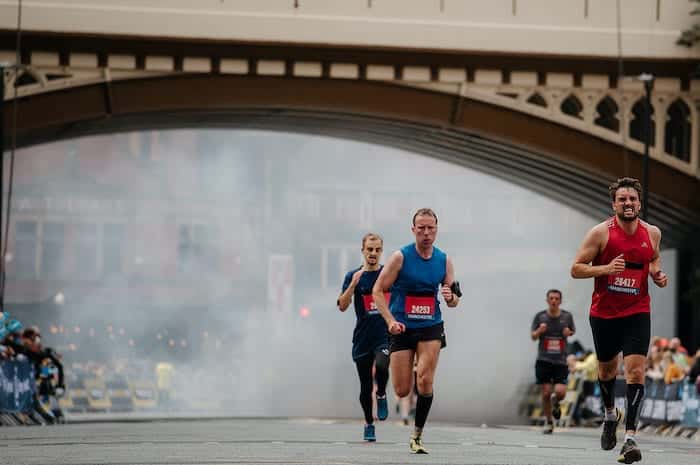 “I wanted to run for Andy’s Man’s club because we lost Christine’s brother, David, to suicide,” says Mark.

“We had both bonded over our individual battles with depression and had helped each other out a lot.

“I really struggled when Evie was in the hospital and he was part of the support system around me.

“I know how important it is to talk and it can be hard for men to open up, from my own struggles I know that it can be hard to reach out and get support but it’s so important.

“The last thing David looked at before he ended his life was pictures of Evie on his phone. He was a great uncle and he helped us massively.

“So I want to run for both him and Evie.”

Mark and Christine are both currently in training after recovering from injuries.

“We did the 10k when Evie was in the hospital the first time, but we’ve not been able to do it since because we’ve both had various injuries,” says Christine.

“I broke my ankle in four places, but I’ve got pins in now and been having physio.

“I’m not bothered about running it, I just want to get across the finish line. It’s going to be a really special day.” 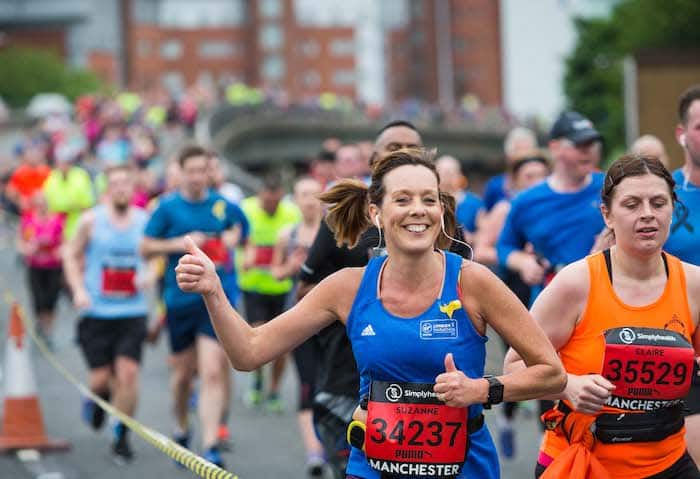 The Great Manchester Run will take place on Sunday 22nd May. With entertainment zones that celebrate the spirit of the city at every kilometre, some of the best (and loudest!) crowd support anywhere in the world, and all the action televised live on the BBC, it’s a party atmosphere from start to finish.

It’s a run for everyone, from locals to celebrated athletes, whether it’s your first 10k or your 50th half marathon.  An inclusive celebration of Mancunian running, with music blazing, crowds buzzing, legs pumping and fists pumping.

To donate to Mark and Christine’s charities, you can find out more here and here. For more information or to enter the Great Manchester Run, click here.