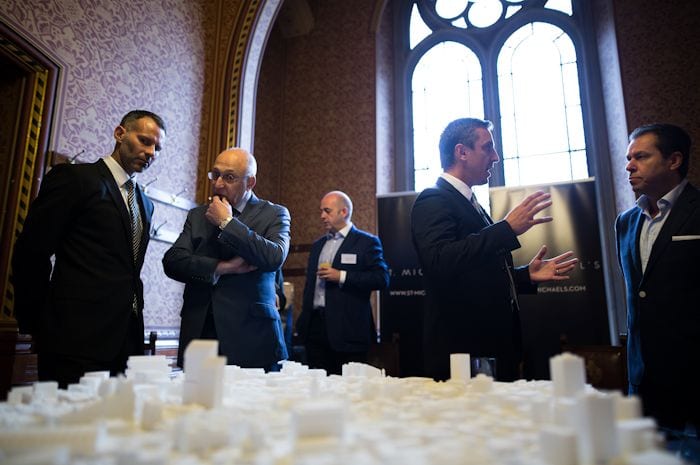 A public exhibition of the plans for the St. Michael’s development is being held at the Manchester Reform Synagogue on Jackson’s Row, one of the buildings to be replaced as part of the scheme, next Monday and Tuesday.

Members of the public are welcome to attend the event to view the plans, discuss the proposals with members of the project team and give their feedback.

Designed by award winning architects MAKE, the multi-million pound development will transform this largely disused area in the city centre into a 200-bed, five-star hotel, 153 one, two and three-bed apartments and penthouses, 135,000 sq ft of Grade A office space and 30,000 sq ft of retail and leisure space, including two new elevated bars/restaurants.

The development includes the 31-storey Number One St. Michael’s, home to the hotel and residences, and the 21-storey office tower, Number Two St. Michael’s. 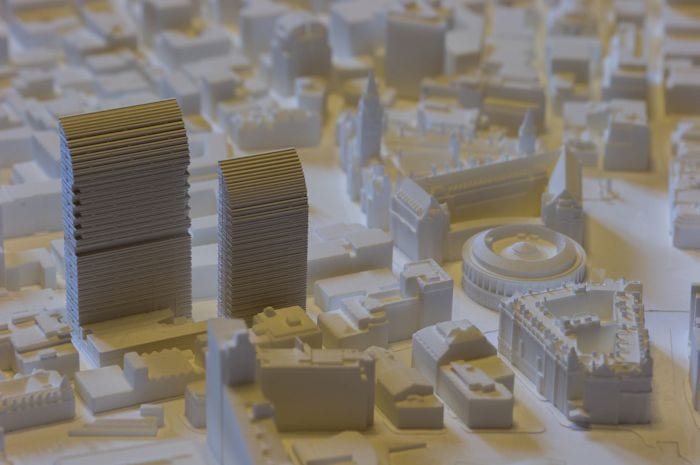 The development will also feature three brand new public spaces, designed by Landscape Architects Planit-IE.  Each space is characterised by its own unique identity and will feature a mix of high quality hard and soft landscaping.

“Next week is a crucial milestone in the development of the project,” said Gary Neville. “We want St. Michael’s to become the premier destination in the city for the people of Manchester to visit and enjoy. It is therefore vitally important that we both explain our vision and listen to people’s views.”

Following the public exhibition, the project team will be reviewing the responses to the consultation as they look to finalise the proposals, prior to the submission of a planning application in the next few weeks.

The pre-planning application consultation will run until 27 September 2016. Anyone who wishes to provide their feedback on the plans can email enquiries@st-michaels.com or call a dedicated Freephone information line on 0800 032 5725.

For more information about the plans http://st-michaels.com