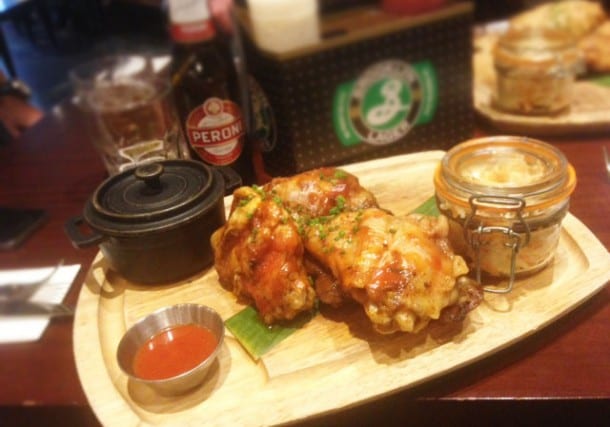 What better way can there be to spend a balmy Tuesday evening than eating perfect BBQ and having a few cold ones, all for £14.95 – and what’s more you don’t have to cook it yourself.

We headed to Southern Eleven just off Hardman Square in Spinningfields which is the older bro of Neighbourhood, run and directed by the same people.

It’s named after the 11 Southern states and specialises in (as you would expect) American cuisine – when we reviewed it, we fell in love with this perfect bustling diner that appeals to both the boys with its meat feast menu and the more delicate (well me) because of the fine cooking.

“For us BBQ is a way of life straight from the eleven Southern States of America or the barbecue belt as it’s known. We smoke and cook dishes from scratch every day to produce the best good honest barbecue in Manchester with home-made sides straight from the heart.”

Harriet, the bubbly and beautiful manager explained that owner James has been stateside to learn the secret of the perfect BBQ and it shows, with moist, tender fall-off-the-bone chicken in a perfect spicy marinade (you can ask for equally succulent breast as I did) and perfect, porky ribs.

The slaw and beans are much more than they sound and again offer the same authenticity and attention to detail as the meat dishes.

Now in its second year of opening, this place was bursting at the seams the night we went and indeed the word on the street is that it will be expanding to cope with demand.

They are also fine-tuning the look (it is already a lovely room with comfy booths and a great outside space for al fresco dining on the few days of the year you can) and menu in the next few weeks, in the quest for perfection.

Even though technically we had had ‘all we can eat’, none of us could refuse dessert and tucked into manly knicker-bocker glories, brownies and cheesecake – all for under a fiver.

This has to be one of the best deals in towns with perfect food, great staff and a brilliant vibe. Makes you almost glad it’s a Tuesday.