Sounds From The Other City festival line-up revealed 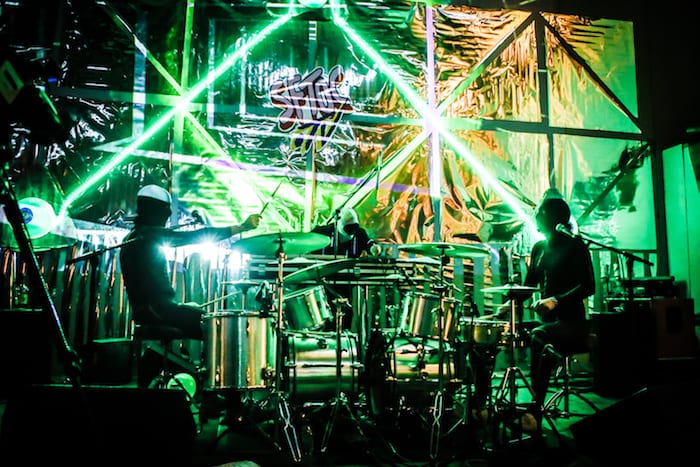 Sounds From The Other City returns to Salford next month showcasing some of the best new talent in a variety of venues around the historic Chapel Street area. The festival is now in its thirteenth year with 2017’s full line up just announced and pushing more boundaries than ever.

Brought to you by leading promoters including Now Wave, Hey! Manchester, The Beauty Witch and Grey Lantern, musical highlights include New Zealand RBMA graduate Fazerdaze, hotly-tipped Londoners HMLTD, and one of the first live shows from OTOMO X.

Performances will be taking place in some of Salford’s most interesting alternative venues, from warehouses and pubs, to social centres and churches. SFTOC will be celebrating the local scene too, with performances from north west talent including Horsebeach, IAMDDB, TVAM and The Lovely Eggs.

Austin Collings and the team behind The White Hotel will be transforming historic boozer The Kings Arms into a specially commissioned musical theatre for a festival that not only sounds great but looks great, too. Expect psychedelic visuals, archive footage and a truly immersive experience throughout the show, 2000AD.

And it’s not often you come across a music festival where you can play ping-pong between the acts but that’s going to be the case when Shambodie & Ping Pong Club come to the Salford Arms. The usual mayhem of one of Manchester’s leading comedy nights here will be mixed in with live music and a chance to hit the tables, expressing what SFTOC is all about – creativity, innovation and uniqueness.

Also worth a look are a world premiere at Salford Cathedral in the final instalment of a collaboration between BBC Philharmonic and contemporary ensemble Ex Easter Island Head, featuring violinist Laura Cannell; Bad Uncle punk-led showcase at the Egerton Arms; giant dice throwing; live filming with EC Davies for his new video I’m Sticking with You; Fat Out & Paradox Pizza Party and afterparties. For details of all the parties see the full listings here

This year’s line-up clearly marks a big new year for the festival with promoters teaming up with labels Heavenly Records, Aficionado and Swing Ting for even more variety. These recent listing announcements follow on from news earlier this month that SFTOC will be co-programming the Pavillion Theatre at Manchester International Festival.

“SFTOC is a festival like no other, a festival of the unknown,” says festival director Rivca Burns. “Its main focus is on the atmosphere and is a true celebration of independence that is epitomised by the audience and their experience. There are a lot of urban festivals across the UK but none of them feel like this.

“We are super excited to be working with art directors IMPATV to bring a site takeover called Sound of the New Dawn which will ward off superstition and evil in this, the festival’s 13th year. All of these things combine to make SFTOC a real unique festival. Come with an open mind and an enthusiasm for discovery and you wont be disappointed.”