“Sorry, Mate, You’re Not Coming In Here… So Tough!”

I took another trip to the impressive Albert’s Schloss this week to chat to the man from the Pilsner Urquell factory. He’d come over from Czech Republic to talk about beer and how you should store it, pour it, and drink it. He told me that the Schloss was selling more than any other venue outside of the Czech Republic. They’re selling the equivalent of a copper tank a day – that’s 880 pints to you and me.

“Keep the bars and the streets around them safe, by all means. But don’t make them unwelcoming.”

I’m not surprised. Manchester loves a shiny new toy and the place is so big that on a weekend, 880 pints probably disappears before its even gone dark.

We’re a party city. The Printworks turns about 9 million visitors through it a year and thanks to megabars like the Schloss and Rev Di Cuba and the improved new direction of the Great Northern Warehouse, Peter Street probably won’t be far behind.

Big capacity venues can be cash machines is they’re operated properly. But there’s one thing Manchester struggles with. A thing that makes it more town than city at times. Let’s talk door staff.

Let me start by saying that I wouldn’t do their job in a million years. They have to deal with more a***holes in one weekend than a waxing salon and they don’t get home until really late.

However, the popularity of Manchester makes it a magnet for morons, so we need them.

What we need more of, perhaps, is a common sense approach and consideration of the individual, or the situation in front of them, rather than a blanket approach based on the rules, which are largely unwritten and therefore never seen by the punter.

For example, big gangs of lads can be a total nightmare. Sometimes, however, they are just large groups of men who don’t actually want to have a fight and smash your gaff up. They just want a drink, a catch up with the mates they don’t see as often as they’d like, in a city that throbs with choice for food and drink.

Yet there seems to be little effort to try and make that distinction in some places.

And there are bizarre sub-rules. A friend and I approached a bar on Peter Street recently.

“You can’t come in here,” said the doorman, pointing at my mate’s corduroys. “Too casual.”

“But I’ve got jeans on,” I said. “Are they more or less casual than cords?”

There followed a five minute conversation on the sliding scale of trouser casualness that led to us being let in, “but only if you go downstairs.”

The other two belters of recent times were as follows. The same venue – a basement bar in the Northern Quarter after midnight.

For the first incident, I was inside, in the basement bar. I was with a female friend and a male friend. Let’s call him Mark, because that’s his name.

Mark had gone up and out for a smoke. After 20 minutes, he’d not returned. Maybe he’d gone home. I went upstairs to check, stepping out of the main door to look round the corner. No sign. Fair enough.

I decided to go back in again.

“What? But I’ve been in. I just popped my head out to look for a friend.”

“But you’ve just watched me come out to look for someone. I’ve left a mate downstairs. On her own.”

“Your bar is a basement. There’s no signal. That’s why I came out to find our other mate.”

“Well you’re not going in.”

“How about I go and get my friend then we leave. She’s a girl, on her own, with no idea what’s going on.”

It was made very clear to me that it was ‘tough.’ So I waited half an hour for her to emerge, with no idea what was going on. That was frustrating. The second episode at the same place was absurdly funny.

Three lads, and one of their wives. Monday night, post gig. About midnight.

“You’re not coming in. No big groups of lads.”

So obsessed was this chap with the rules that he didn’t seem to be able to process anything outside of his odd little mental parameters.

And this is where the frustrations lie. Both sides have their view. One is often based on common sense, the others are based on rigid, catch all conditions which stem from having to deal with a relentless stream of idiots.

The weekend bingers may still be out there but as the city evolves there are plenty of young adults who take a more measured view of a night out drinking, often going out later, sometimes in larger groups.

Keep the bars and the streets around them safe, by all means. But don’t make them unwelcoming. 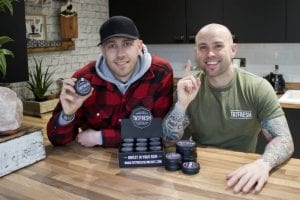 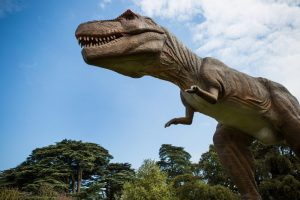 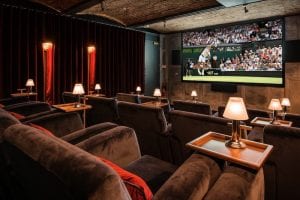 Watch the Wimbledon final in luxury at this private Manchester cinema