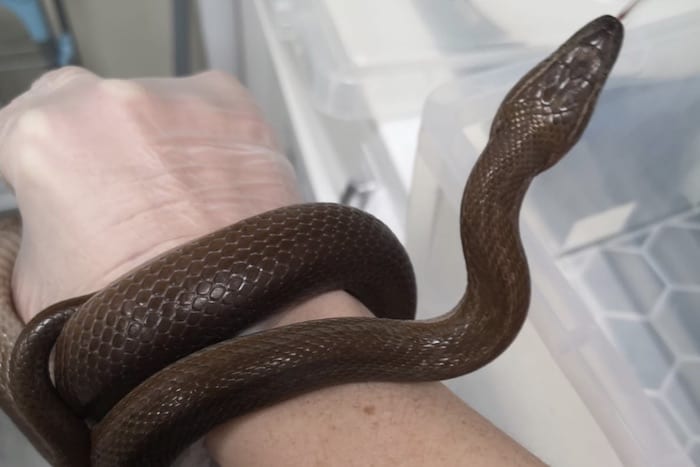 An elderly couple in Hazel Grove got more than they bargained for when they opened their oven last week and were greeted by a three-foot long snake which was hiding inside.

The couple called the RSPCA and an inspector was sent to their home in Macclesfield Road, Stockport. He couldn’t find the snake, but he advised them to call again if it re-appeared.

Two days later, the couple went to cook some chips and as they opened the oven door, they discovered the African brown house snake was back. 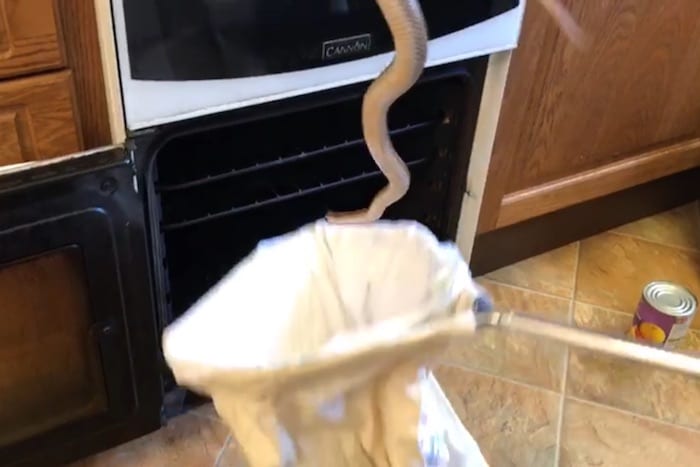 “When I opened the oven door and saw it I got the shock of my life,” said the 82-year-old woman, who does not want to be named.

“I have recently had a cataract operation and was wondering if my eyes were deceiving me – but my husband saw it, too.

“We are big animal lovers and just wanted to make sure the snake was safe so we were pleased that he was rescued by the RSPCA.

“I gave the inspector a big hug and a cup of tea afterwards but I went off the idea of oven chips so sent my husband to the fish and chip shop instead.”

Inspector Andy Harris was called to the scene, and he was surprised to see the sheer size of the snake.

“When I arrived I expected to find a small corn snake, but this snake was quite long – at least three foot,” he said. 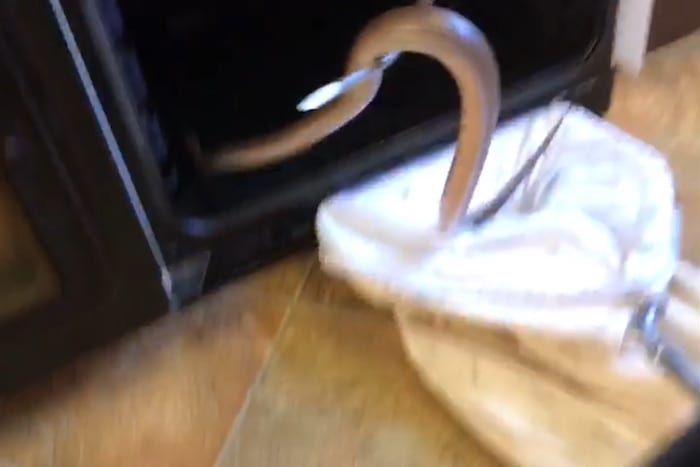 “It was an African brown house snake, which is a non-venomous species, so I suspect that he is a pet that has escaped or been abandoned.

“I managed to coax the snake from the oven and was able to safely get hold of it with specialist equipment and then contain it securely.

“It must have squeezed through a wall cavity of this couple’s home, and there is a hole at the back of the oven where the gas jets come up so was probably attracted by the warmth. It was lucky the couple didn’t pre-heat the oven first.”

This species of snake is often very nervous, but is not prone to biting, say the RSPCA. They are frequently found in and around human dwellings in Africa, where they consume rodents, small lizards, and even birds.

It is not known if the snake is male or female at this stage so it has been given the unisex name, Sammy, by a reptile keeper who will now care for the snake.

Most of the snakes that the RSPCA’s officers are called to collect are thought to be escaped pets. The RSPCA recommend that owners invest in an enclosure suitable for the particular species and that the enclosure is kept secure (and locked if necessary) when unattended to prevent accidental escape.

The RSPCA would always recommend that anyone who sees a stray exotic snake to keep a safe distance, call their helpline on 0300 1234 999 and monitor the animal until they can get there.