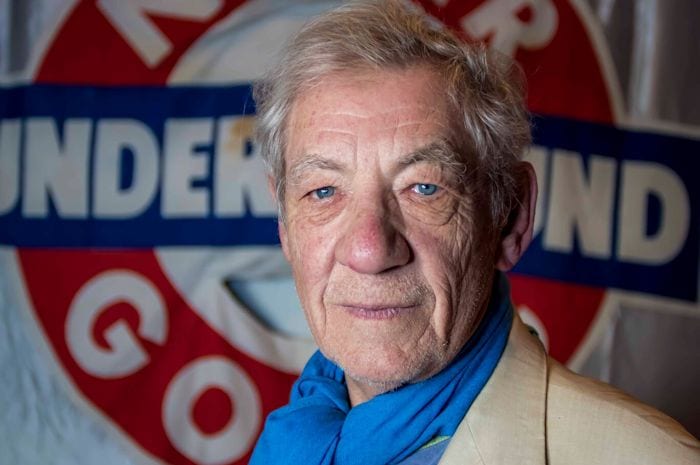 “We should all accept the simple fact that we should love each other,” said Sir Ian McKellen, as he launched the a ground-breaking new exhibition at the People’s History Museum.

Never Going Underground: The Fight for LGBT+ Rights marks the 50th anniversary of the partial decriminalisation of homosexual acts in England and Wales under the 1967 Sexual Offences Act and explores the stories of LGBT+ communities and their quest for equality,

The launch featured a number of famous faces, including Labour LGBT Global Envoy and ex-MEP, Michael Cashman, Lord Mayor of Manchester Carl Austin-Behan and Sir Ian, the Burnley-born actor recognised for his work on LGBT+ rights and a regular at Manchester Pride.

Sir Ian spoke about why we should be proud of Manchester, the city where his great-great- grandfather led a campaign to give workers a half-day off on Saturdays, and a place known for inspiring change:

“Radical non-conformist passion defines this city,” Sir Ian continued, “and it’s wonderful that the People’s History Museum should be telling this story.  I hope this exhibition can go across the country so that this story can be told, and then it should travel the world.”

It was Manchester which saw the UK’s largest ever gathering for LGBT+ rights in 1988 in protest against Section 28, an infamous piece of legislation that forbade the ‘promotion of homosexuality’. The campaign against the legislation became known as Never Going Underground.

The exhibition is curated by members of the local LGBT+ community and features artefacts including a disco bal-inspired police helmet – a literal bobby dazzler – and plenty of protest banners with slogans such as  The Gays Are Revolting and Cinnamon Rolls Not Gender Roles.

“It means a great deal to all those who have helped to make Never Going Underground happen, that it has been opened by Ian McKellen, one of the world’s most recognisable, respected and vocal figures on LGBT+ rights, who has at the frontline of LGBT+ campaigns for many, many years.”

The People’s History Museum exhibition forms part of a year-long programme of events, talks, community projects and a school learning programme exploring the LGBT+ movement, showing the struggles and the social and historical context of decades of activism.

There is a family friendly launch on Sunday 12th March with a range of activities including storytelling, a treasure hunt and music.

The People’s History Museum is also hosting a number of events for International Women’s Day including a Queer Story Showcase of 7 female-led LGBT+ short films on 9th March.

This is a big year for LGBT+ activism in Manchester. Manchester Pride Big Weekend 2017 tickets are already on sale with plans for a charity trek to mark International Day Against Homophobia, Transphobia & Biphobia (IDAHOT) on May 17th.

Never Going Underground: The Fight for LGBT+ Rights is at the People’s History Museum until 3rd September.