Sir Alex Ferguson has told MUTV it was emotional for him to return to Old Trafford today for the first time since his operation.

The legendary former Manchester United manager was at the match to watch the Reds against Wolves from his usual seat in the directors’ box and was in great spirits, even if he was apprehensive about being in the limelight before kick-off.

It was inevitable there would be some nerves for the great man as he was greeted by the club’s supporters, who were eager to see him again and wish him well.

“It’s really good [to be back],” he told MUTV’s Stewart Gardner. “It’s obviously been a long journey but I’m making steps forward, doing what my son tells me and what the doctors tell me so, yeah, it’s really good. I’m a bit nervous, to be honest with you, maybe a bit tense really because the last game was Arsenal back in April. It was a long time but it’s great to be back and I just hope we get a win today.

”I don’t miss this!” he said, referring to being interviewed. “This is the pressure, having these press guys with stupid questions! No, it’s great to go back to the stadium and it’s going to be quite emotional for me when the game starts, things like that. It had to happen some time and I’ve been looking forward to it. It was important getting the right time and the right rest before coming to a game.

“It’s bound to be emotional,” he continued. “Particularly when I take my seat in the box. That will be something, you know. I’ll be glad when it gets over and the game starts and I can enjoy it.

Sir Alex said he had been overwhelmed by the support he received during his period of convalescence.

”It’s unbelievable, there were thousands of cards and they kept arriving at Salford Royal Hospital,” he said.

“I’d left by that time but they kept coming and kept coming. The number of emails, texts and personal cards to the house, it was just amazing. It really was.

“I’m overcome by it and overwhelmed by it. I think, if you remember, I did the message [through MUTV] to thank the people who had taken the time to send me messages. It was really important to do that. Some of the doctors are here [as special guests] who did the operation and I thought it was the right thing to do. It’s great to be back!”

It wasn’t the result he wanted but the outpouring of love for Sir Alex was something he clearly appreciates. And it was good to have some Fergie time again. 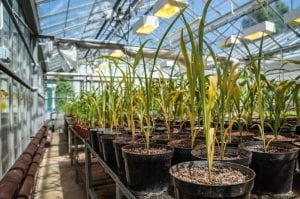 Will city allotments, rooftop gardens and vertical planters be part of Manchester’s future? 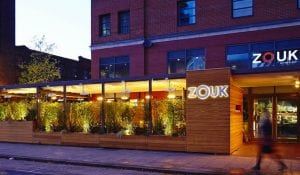