The Northern Quarter Light Tower has undergone a series of renovations to ensure that it remains a part of Manchester’s skyline for many more years.

‘It’s an iconic feature for the
city of Manchester…’

The art installation – initially commissioned by Liam Curtin and funded by the Arts Council – was switched on for the first time in 1999 during the Northern Quarter Street Festival. The tower is made of animated, multi-coloured light tubes and stands 12 metres high atop the NCP car park on Church Street.

The tower was switched back on on 2010 after sitting in darkness for what was nearly a five year hiatus, but it has since fallen into disrepair and there were concerns that without these works, the tower may of been removed for good. Six months later, and the tower is ready to be re-lit.

Sean Fenney, Senior Business Manager for NCP commented; “We’re really proud that we’ve arrived at the day when the light tower can get switched back on.

“NCP has been renovating the light tower as it is really important for us to support all aspects of the community that we work in. It’s an iconic feature for the city of Manchester, and NCP is delighted to have ensured that it will light up the area for many years to come.” 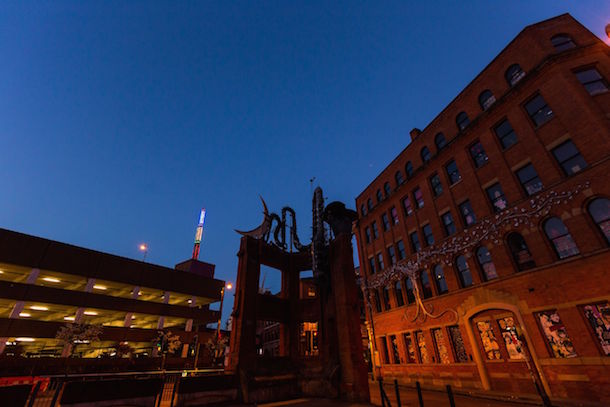 Liam Curtin said: “I commissioned the Light Tower in the 1996, at that time the Northern Quarter was still quite derelict but many of the buildings were being renovated and there was a feeling of a new creative quarter emerging in the city.

“I felt that the Light Tower would act like a beacon for the rest of the city, saying this is where it’s happening now. It also was a symbol of our regeneration as we had raised the money ourselves and lots of local people helped erect it.

“I’d always admired Peter Freeman’s work and there was no question that it would be his light that would shine on the regeneration of the area. I love seeing the searing colours reflected in windows and puddles all over the area. I am so pleased that it shines once again for us.” 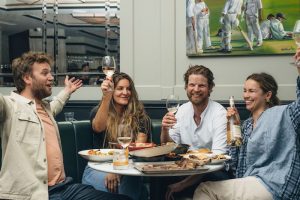 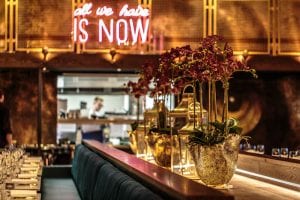 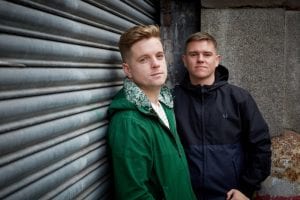