Meet the Sheffield band with the big Manchester connection 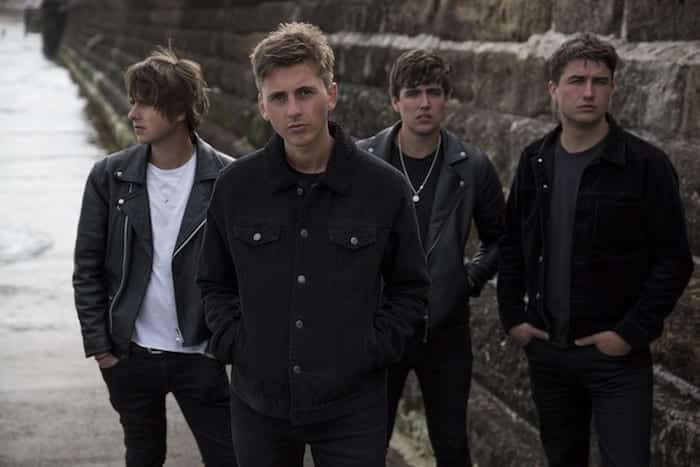 The Sherlocks will write another chapter of their Manchester story when they join The Kooks for a huge night of music at Castlefield Bowl on Friday (12th July).

Away from their home town of Bolton-on-Dearne near Sheffield, it’s here in Manchester that there is the greatest clamour for their infectious guitar-driven music – something that hasn’t changed since their local debut at Dry Bar in 2013 followed by sold-out shows at Kraak Gallery, The Ritz, Albert Hall, The Academy, and, last year, in front of 3,500 fans at Victoria Warehouse.

They also supported Richard Ashcroft at Castlefield Bowl in 2017, and in 2018 toured Europe with Liam Gallagher as well as playing at his sold out show in Finsbury Park, London.

Their popularity in the north west is one reason why their first record, Live For The Moment, was the highest charting debut album by any band in 2017.

Now they have revealed that Under Your Sky, an 11-track album, is to be released on October 4th.

Fans at Castlefield Bowl will be some of the first to hear the fruits of their winter holed up at Parr Street studios in Liverpool with James Skelly, producer and lead singer of The Coral, working on album number two.

Despite embarking on their biggest project so far, frontman Kiaran Crook, his brother and drummer Brandon, lead guitarist Josh Davidson and his brother and bassist Andy had not spoken to Skelly before their first day in the studio.

“His reputation meant he was our first choice, but looking back it’s mad that we all agreed to do an album without talking first or doing any pre-production. It was a risk for everyone,” says Kiaran, 23.

“We turned up at Parr Street on Monday morning and just cracked on. I can’t remember which song we did first, but it was a bit weird, even awkward, to begin with, as we had not spoken properly before. The first hours were spent sussing each other out as well as making up ground on songs.

“After the first day, I’d be lying if I said I was happy with everything because I wasn’t. There were no bad vibes, but it was very different to when we recorded our first album with producer Gavin Monaghan, who we had worked with many times before doing an album.

“I don’t know what the rest of the lads thought on that first day, but I was worried and I wondered if we were going to carry on with the album.”

Fortunately, things quickly came together. Now the band cannot speak highly enough of Skelly and the influence he and colleague Chris Taylor had over their new songs, including first single NYC (Sing It Loud), a wide-eyed recollection of seeing the wonders of New York for the first time, but also wishing to share it with someone special back home.

“James Skelly helped us turn that tune into one of the strongest singles on the album,” said Kiaran. “Originally, the verses were different, but he advised us to choose one melody, refine it then stick with it. He makes songs shorter and sharper, but never loses what made them special to start with.”

Brandon said that it helped that Skelly is a fellow northerner who has the same outlook on life as them. “We worked hard, but we had some fun and games too. He knows how to knock out a single and he’d jam with us to work out parts,” he says.

Kiaran thinks the band’s new songs sound “sweeter”, but still have the upbeat guitar-fuelled melodies and harmonies that made Live For The Moment such a hit.

“We have tried to have more space in songs and not overload them with layers of guitar tracks. By the time we had put down bass, drums, keyboard and a couple of rhythm tracks, most songs were ready for Josh’s lead guitar parts, and that is all they needed,” he said.

Kiaran also said that their second record is an evolution from what fans have heard before.

“A new number called Magic Man is like a cousin to our previous single Will You Be There?” he adds.

Another song called Time to Go is a re-worked version of a track that Kiaran wrote as a teenager and that the band played at early gigs in Manchester and Sheffield.

Meanwhile, NYC (Sing It Loud), which has a video based on a spoof David Letterman late night talk show with a cameo from actor Thomas Turgoose, was penned on the band’s first morning in New York City when Kiaran, Josh and Andy were waiting for Brandon to collect their tour van.

“That’s when Kiaran wrote the lyrics ‘We drank Starbucks coffee in a New York lobby in a hotel where we stayed’,” says Brandon.

“Even free Starbucks coffee in our hotel lobby surprised us,” adds Kiaran. “As for most people, everything on our first visit to New York blew our minds.”

Touring in Europe with Liam Gallagher last year saw the band receive some advice from the former Oasis frontman. “He told us to keep doing what we’re doing, keep things real and honest, don’t go all American, stay with guitars and don’t lose what we already have,” says Brandon.

However, it was Noel Gallagher’s song writing that the band turned to when they lost all sound for 15 minutes in front of 1,500 fans at London’s Electric Ballroom last year. After an acoustic version of their own hit Chasing Shadows, they kept everyone singing with a rendition of Don’t Look Back in Anger.

“Our time performing covers in pubs and clubs in South Yorkshire gave us the experience to handle tricky situations,” says Kiaran.

Brandon says whatever happens next, the band are glad to have spent years working their way up every step of the music ladder. “We still talk about the fun we had in the early days, playing up and down the country and meeting fans after shows. Those memories will never leave us.”