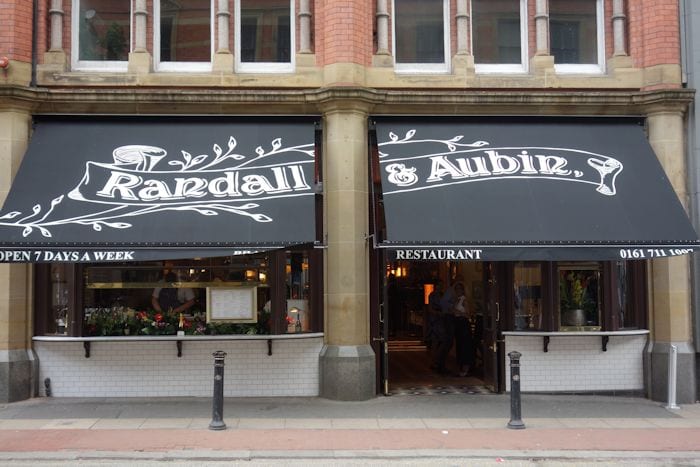 As January sets in and resolutions fall by the wayside, a couple of things remain a concern for us all – our own health and the health of the planet.

Veganuary is now a thing and meat increasingly frowned upon. Beef is an especially dirty word, the greenhouse gases emitted by cattle contributing vastly to climate change and global warming.

OK we can’t solve the world’s problems just by changing our diet. But collectively small changes do make a difference. One small step and all that.

But it doesn’t have to be a choice between meat and plants. Why not eat less meat and more plants? 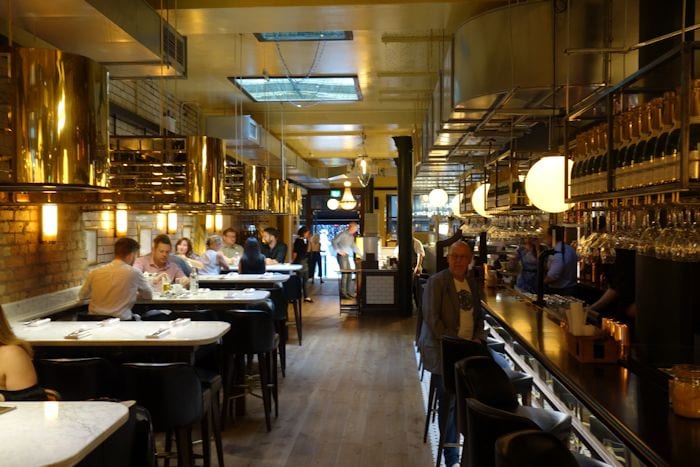 And don’t forget most of us should have more fish in our diet. Fish and shellfish are good sources of many vitamins and minerals. The NHS advises that a healthy, balanced diet should include at least two portions a week.

Everybody loves fish and chips but steamed, baked or grilled fish is a healthier choice than fried. Oily fish such as salmon and sardines is particularly high in long-chain omega-3 fatty acids, which can help to keep your heart healthy.

So our choice of food for January is seafood – a happy medium somewhere in the middle of the meat-haters and the plant-loathers.

Seafood restaurants have never really hit it off in Manchester. Luckily, however, we have one mighty fine specimen in Randall & Aubin, which opened on Bridge Street in 2017 in the footsteps of its Soho London flagship.

Celebrity chef Ed Baines is at the helm with a commitment to serving quality, sustainably sourced seafood from smaller local suppliers at the heart of the operation.

The open window fish counter welcomes you to a lavish brasserie-style interior of brass, mahogany and marble inside. It’s beautifully decked out with all the theatre of the seafood on show at the open kitchen pass.

But what of the menu?

It hasn’t actually changed that much since we last visited, with the exception of the reduced service charge to suit us northerners – spot on. But it doesn’t need to. If it ain’t broke don’t fix it.

French and British classics served heartily at slightly healthy prices. But when the product is this good, why not? And although there is meat on the menu, the seafood is the star of the show and what we came for. 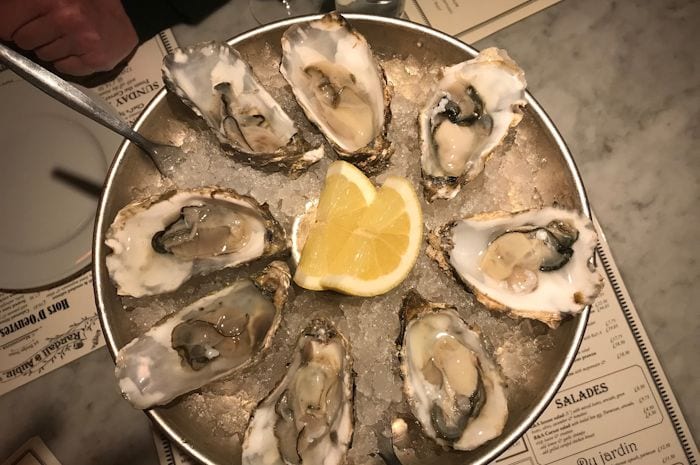 On ice with fresh lemon and condiments, these have to be one of the main reasons to visit Randall & Aubin.  Packed with protein, vitamins and minerals, their nutritional value is immense. Plus farming them is environmentally sustainable and beneficial to our eco-system.

They may be French, English and Irish but it’s pretty tricky to tell one from the other. Our server explains the English Jerseys are thin and delicate, steely almost; the French Normandys creamier and iodine rich; with the Irish sweet, fleshy and earthy.

The differences are subtle, with the taste of the oysters determined by the waters they come from. But one thing for sure is they are all some of the best fresh oysters we have eaten in Manchester. Sweet and silky in their lovely sea liquor. Down them in one or with a little chew – we’ll leave that one to you. 8 for £18.50. 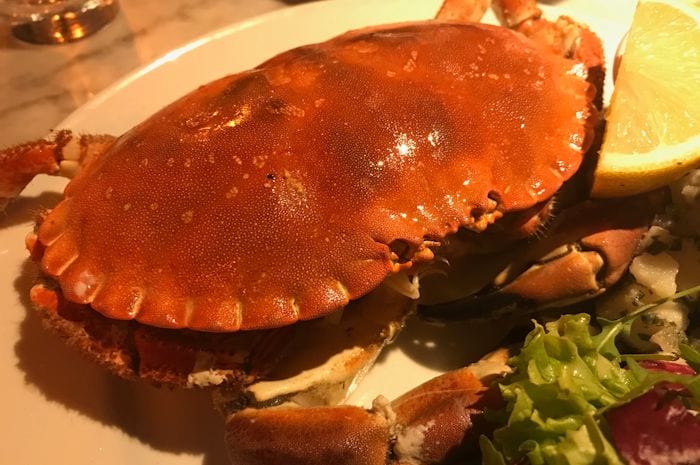 Again, with a product this good, it’s served simply steamed with an accompanying potato salad. This impressive looking crustacean may be a little trickier to eat but that makes it more fun. It requires teasing, twisting, cracking, and scooping – but you’ll get there in the end. The white flaky flesh is delicate and sweet, the richer and headier pink stuff spread over fresh bread like fish paste sandwiches of childhood. Brilliant. £19.85 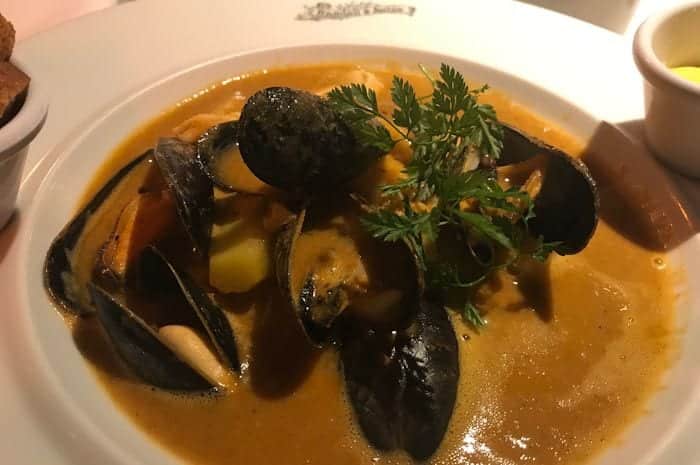 This traditional Provencal fish stew features mixed West Country fish, spiced croutons, and aioli. It’s come a long way. Originally a dish for fishermen made from their more unsellable catch mixed with cheap veg and stock, it’s now a luxurious broth made with the more expensive cuts and generous helpings of saffron and cayenne pepper. Get some more bread and dunk away. £16.50 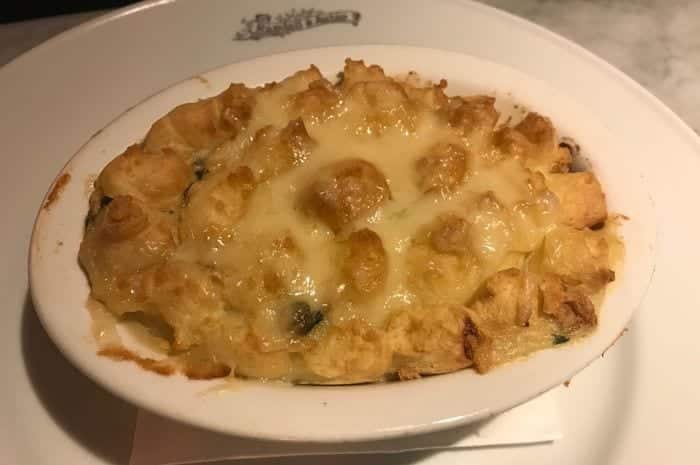 With mixed seafood, boiled eggs, peas, spinach, and cheese and potato crust. Creamy and dreamy, a fish pie and then some. Although with the generously added dairy, possibly less environmentally friendly than the other courses. But small steps, remember. £14.50

We drank Casa de Vila Nova, Vinho Verde, Portugal (£28 bottle), a playful example of modern Portuguese sipping wine from the far north of the country. The wine is consumed young and is light and fresh due to its natural acidity. With seafood one of the main staples of a Portuguese diet, this wine is a great pairing with our meal.

Who needs New Year’s resolutions where simple changes will do? Reducing the amount of meat you eat is healthier for you and the environment. Win win.