If you’re a nerd, geek or fanboy/girl, the Supernova Festival is a chance to spend the weekend of May 28th-29th geeking out and watching some of the best science fiction the UK has to offer 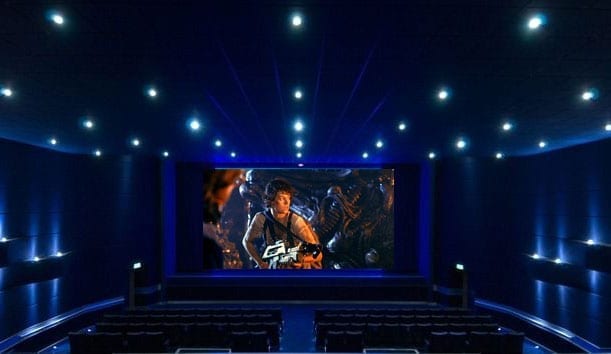 The world of the geek is changing. Years ago, comic books and fantasy novels were reserved for shy, introverted 30-somethings who worked in IT and lived with their mothers. Now they’re everywhere. You can hardly catch a train without someone talking about Game of Thrones or hearing a #TeamCap or #TeamIronMan debate (spoiler alert: #TeamBucky).

All your workmates wear hipster glasses and paid extra for the midnight screening of Batman vs Superman, and suddenly you’re the weird one for skipping the Deadpool movie. The Star Trek unitards are definitely coming out of the closet.

And now it looks like sci-fi has found a permanent home in Manchester with the Supernova film festival crashing into the Printworks later this month. It’s all about robots, UFOs and moon landing hoaxes when these particular stars fall to earth.

The first night of the festival is playing host to a whole range of movies, including the UK premiere of Moonwalkers, a sci-fi comedy/drama starring Rupert Grint (aka Ron Weasley) and Ron Perlman (from Hellboy or practically anything else directed by Guillermo del Toro).

The festival is also screening the ‘assembly’ cut of Alien 3, directed by David Fincher. Anyone familiar with the films will probably be wondering why, since the third film is considered the weakest in the franchise. But don’t panic. Festival director Simeon Halligan (director of White Settles and regular host of Grimmfest) will be leading a panel arguing that Alien 3 is almost as good as Alien.

Now while it’s risky to defend a movie that many fans believe killed the franchise (except Alien vs Predator 2 – no one would defend that), this cut comes complete with an extra 25 minutes of footage, which means we have to ask – could it be David Fincher’s secret masterpiece?

And the festival has even more nerd cred to offer with a screening of Kubrick’s famous 2001: A Space Odyssey, Christopher Nolan’s Interstellar, all topped off with another UK premier, Andron:The Black Labyrinth, starring Danny Glover, Michelle Ryan and Alec Baldwin. Saturday night will also include a Q+A with Paul Franklin, visual effects supervisor for Inception, The Dark Knight and Harry Potter to talk about how he makes the world of science and fantasy come to life.

But that’s still not all. The festival is absolutely packed with screenings and panel discussions. A full festival breakdown is available at www.supernovafilmfest.com, which is also where you can get your hands on some tickets.