Could Sanchez be the perfect fit for Mourinho?

When news broke last week of United’s intention to hijack City’s move for Alexis Sanchez it looked more a disruption tactic towards the blue side of Manchester. After everything that went on in the summer, it was always going to be a given for the Chilean to be reunited with Pep. Either in January or for free this summer.

No one believed that the proposed bid from United would amount to anything. But as we footballing fans of Manchester know all too well, in football money talks. The only surprising thing really is City refusing to play ball and up their bid too. But if you’re that far in front and have the wealth of options they do, it makes sense.

Money aside, if the Arsenal striker is soon unveiled as a United player it could arguably be the best signing Mourinho’s made.

United at the moment are split into three camps. One camp is made up of the elder statesmen – Zlatan, Michael Carrick, Antonio Valencia.

One is a group of very talented younger players with huge potential to be up there with the best in the world – Paul Pogba, Marcus Rashford, Anthony Martial. 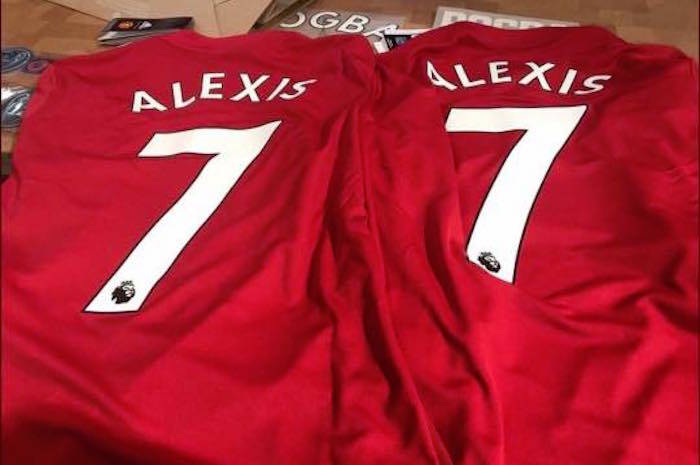 Probably the only player in the squad that doesn’t fall into either of these categories is David de Gea. He is genuinely world class and at the peak of his game. Hopefully he’ll stay for years to come.

At 29, you could put Sanchez into the lonely group with the Spaniard. Questions remain whether he’s truly world class, but he’s no doubt at the peak of his powers, despite a moody and inconsistent half season in north London. Just imagine Arsenal without him.

And that’s where he could make a real difference to United under Mourinho.

We weren’t good enough in the league last year, but a decent cup team. Despite a fairly strong league campaign this season so far, we’re massively in City’s shadow. Mourinho needs something new. Not only a different attacking and game changing option. But also, someone to share his passion and become his on-field persona. Someone he can trust and will know exactly what he’s getting. With Sanchez he’s not paying for potential.

The former Barca man is gritty, works unbelievably hard, will put his body on the line and will do anything to win. That’s Mourinho all over. And currently he doesn’t really have that player at Old Trafford. Put simply, we’re a bit too nice.

The closest he has to it is Marcus Rojo. He loves a challenge, and his constant smile during the backs-to-the-wall performance against Sanchez’s Arsenal in December showed he doesn’t shirk a bit of a scrap. It’s no surprise that when fit, the Argentinean is arguably the most improved player under Mourinho.

Jose wants that at the top of the pitch too. We need a bit less tippy-tappy on the edge of the box and a bit more scrapping and fighting – with quality on the end of it too.

That’s exactly what Sanchez would give to this current United team – either operating behind Lukaku or as the focal point of the attack.

If Henrikh Mkhitaryan goes the other way, as is reportedly to be the case, it looks a good move. The Armenian has shown flashes of brilliance, but too often goes missing in the big games or puts in inconsistent performances. He sounds like the perfect fit for the Gunners.

Sanchez on the other hand is consistent, a fighter and a winner. Sounds like the perfect fit for United, this Mourinho side and the number 7 shirt.