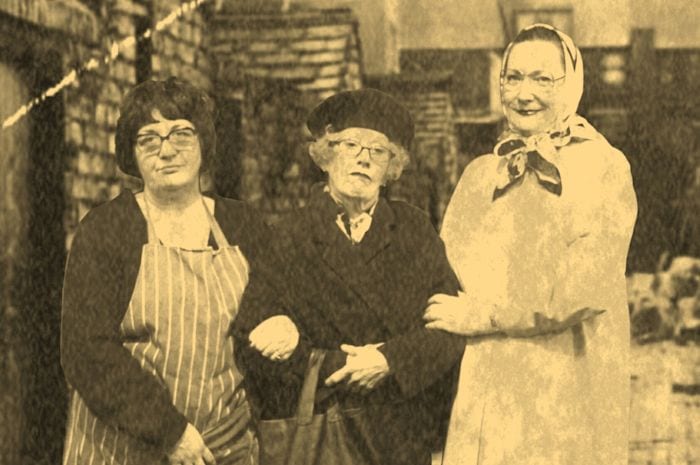 The play was first staged as The Barnsley Belles by the Yorkshireman Company at The Lamproom Theatre in Barnsley in July 2013 and subsequently revived in October 2016. On both occasions it went down a storm. Now it’s been given a Salford twist to be part of the Greater Manchester Fringe.

Apparently, it’s a little bit like being a fly-on-the-wall in an episode of Corrie, but way, way after the watershed.

We spoke to director Sebastian Shaw to find out more.

What is it about Salford and its people that inspired you to create the play? 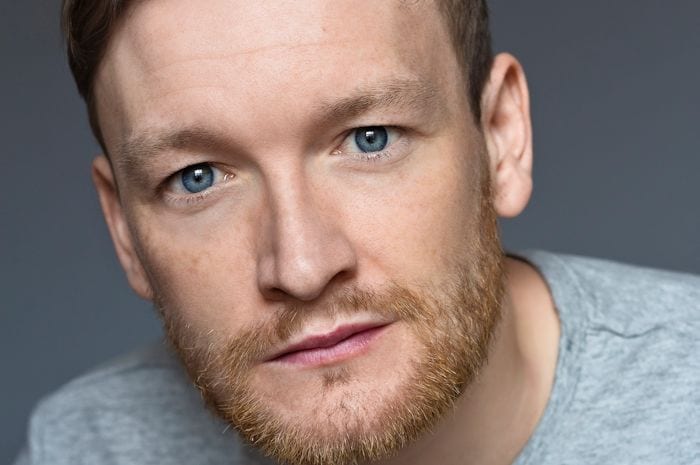 Although I’m Yorkshire-born and bred, Salford and Manchester have been my home for many years. I love the city and its people and have always felt at home here and felt that it is such an inclusive city, accepting of all walks of life. There is such a thriving theatre scene that I wanted to be part of it.

When I approached Jack, the writer, with my idea of bringing the play to Manchester to take part in the Greater Manchester Fringe, we came up with the idea of localising it in a working class community in the 1980s. We thought Salford was the perfect fit as it had a lot of similarities with the play’s original home, Barnsley.

Both towns have big working class communities that have huge hearts and warmth but both have also struggled with industry loss throughout the decades. Family is the heart of the play and both Salford and Barnsley have those large working class families that are run by strong matriarchal women.

Together we set about researching by chatting to local Salfordians and some Mancs and listening to their stories of bygone years and how the place has change and the struggles the communities faced. With all the knowledge we began ‘salfordising’ the play and transformed it into its new incarnation, The Salford Belles.

Do you think Salford is given enough cultural recognition?

I do think Salford lives in the shadow of its big and maybe more glamorous sister Manchester, but I do prefer the lived-in and historically rich Salford. I think it’s about time we gave Salford its moment in the spotlight. Saying that, I think it was a huge positive step forward bringing Coronation Street back to its spiritual home and building the studios in Salford.

You describe it is a ‘dark comic soap opera’. So it is like Coronation Street meets something naughty?

The play has a real feel of the golden era of Coronation Street when it was led by strong, hard as nails, matriarchal woman like the great iconic Corrie characters Ena Sharples, Elsie Tanner etc. It embraces those powerful women who would cook, clean, work and bring up the kids as well as look after the entire family and still have time to cook a tea from nothing.

It’s hilariously funny but tragically sad in places. Like the communities it’s set in, the play has a huge heart and the working class honesty of the era like that found in the film Kes as well as brutal humour and language of another classics such as Rita Sue And Bob Too. It’s northern humour through and through.

Some of the dialogue is close to the bone but these larger than life characters get away with it as the audience just fall in love with them – especially Queenie, the tyrannical head of the family, who is described as  ‘one-eyed, one-legged and gloriously foul-mouthed.’ Of proud north Dublin heritage, she serves as something of a colourfully-tongued philosopher. Think Sophia from The Golden Girls meets Agnes Brown and you’ll be in the right ballpark.

I will warn you though – it contains strong language and adult humour!

What is about these Salford ladies which has such appeal?

The play isn’t just aimed at a Salford audience. It’s a piece of theatre than could be set in any working class community. It’s relatable to anyone who has grown up on a council estate or struggled and grafted. It’s a piece of theatre that gives people a snapshot of a time when times were hard but families pulled together. Not only is it a brutally honest and hilarious comedy it is also a love story, albeit a tragic one. We’ve all had that one love who got away, right?

So even if you don’t come from a socially excluded background or you’ve never walked on a cobbled street or had beef and dripping sandwiches, it’s still a play for one and all. So just come along and be nosey and let the Belles take you back in time and tell you what goes on behind closed doors when the washing’s brought in and the curtains are drawn.

I think the challenge is always doing things on a non-existent budget. We have created this piece on a real beg borrow and steal. OK maybe not so many steals, officer! It’s also a real challenge getting bums on seats when there is so much theatre around, but I truly believe we have a beautiful piece of theatre that appeals to so many people.

If you love post-watershed soap operas and brutally honest kitchen sink dramas with a tangle web of lies and a filthy tongue, then The Salford Belles is the play to watch.