Salford actress Lauren Jacobs on being in The Band, meeting Take That and playing The Lowry 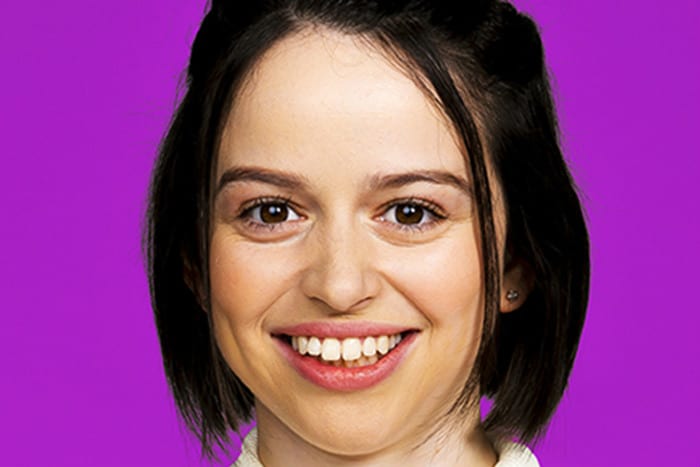 Take That have been entertaining audiences for almost 30 years and have a really busy year ahead touring the UK, including five nights at the Manchester Arena.

And fans of the unstoppable trio are in for a treat as the new Tim Firth and Gary Barlow musical The Band is at The Lowry later this month.

Salford actress Lauren Jacobs stars as Zoe, a fan of the band in the show. We caught up with her to find out more about the show and her favourite band in real life – and it’s not Gary, Mark and Howard! 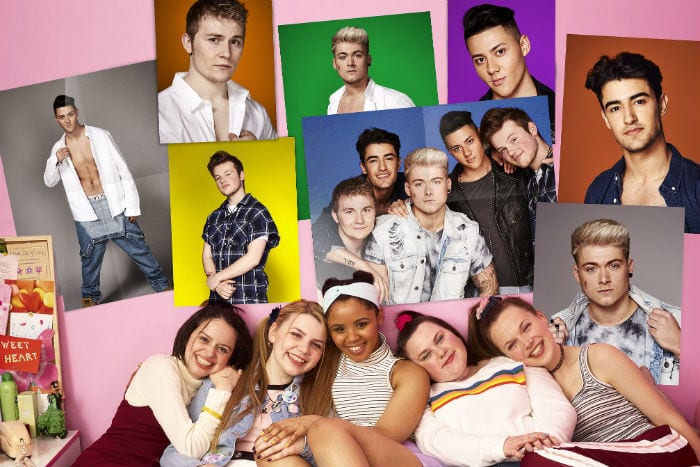 What made you want to perform?

When I was three I started ballet classes then, in year 6, I got my first singing/acting role as Maid Marian in Robin Hood the Musical and I was hooked. My mum and dad always took me to see shows when I was younger and I knew this was what I wanted to do.

You have worked as a performer at Disneyland Paris, as a character and Parade dancer. What was that like?

Working at Disneyland Paris was just magical. I got to portray some of the most iconic characters, dance in beautiful costumes and see children’s faces light up with excitement. I also got to ride through the middle of the park on top of a six metre high float. Not many people can say they have done that!

Tell us a bit about Zoe, your character in The Band

Zoe is the smart one of the group. She is very studious and tries to be the leader when things go wrong. She doesn’t always get it right but she is incredibly loyal to her friends. She is quite bubbly and excitable but also gets quite anxious about breaking the rules.

How did you get the part?

I was sent for an audition by my agent for a three-week workshop on a brand new show. There weren’t too many details at this point as the show was still being created but I knew it was based on five teenage girls and the women they become 25 years later, and it featured the music of Take That. It sounded like such an exciting project to be a part of. 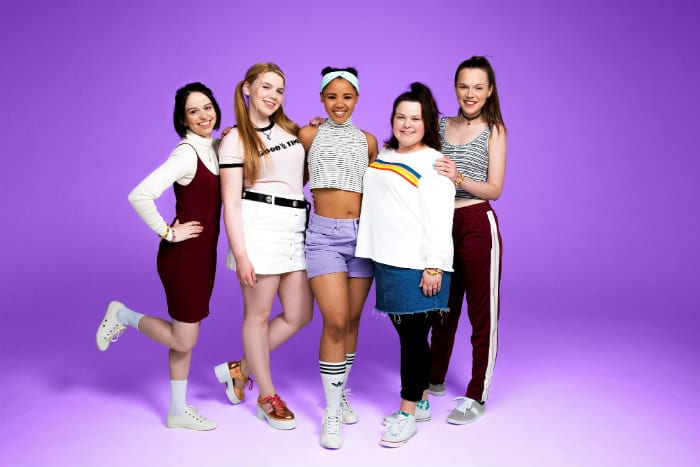 How did it feel getting the part, after being involved right from the beginning of the process?

It felt fantastic when I was offered the workshop. The chance to be a part of the creation of a brand new show is just incredible.  Tim Firth really drew from our individual personalities to create the characters. Then it was just the best cherry on the cake to then be offered the role in the actual show. I was cleaning pots in a restaurant kitchen and my agent rang me. He asked me to send him a selfie before he told me I got the role. He said he wanted a picture of the exact moment I found out I had my first job in a musical.

Who were your favourite band growing up?

My favourite band was definitely Steps. I loved the music. They are fun to listen to and even more fun to dance to. It makes you feel great. They were my first concert when I was 11 and I even saw them last year for their latest tour. I’m still just as big a fan now as I was then.

How does it feel to be heading back home to perform later this month?

We opened the show at the Manchester Opera House over a year ago. It was so special to make my professional debut in a musical on a stage in my home town where I have seen so many shows. However, when we go back to The Lowry in January it will be doubly special. I’m from Salford and used to perform at The Lowry when my drama society did a musical each year. Its going to be amazing to go back, knowing it was such a big part of getting me to where I am now.

You have met Gary, Mark and Howard – how was that?

We have met Take That several times and they have even, on a number of occasions, joined us to perform the finale of the show. They are so lovely and always come round the dressing rooms to say hi to each of us. It’s so surreal when they pop in and ask about things I told them weeks ago. They really care about the cast and crew.  Robbie Williams also came in to see us in London. We got to see him perform with Take That at our special gala performance which was just mind blowing.

I love how Manchester can be so alive and modern yet still keep the friendly reputation it has. You can strike up conversations with people you have never met before and it just brightens your day. Plus, there is so much to do: visit museums, shopping, music concerts, sporting events and much more.

Where do you like to hang out when you come here?

My house is not too far from the Trafford Centre so it’s a great place to catch up with friends or take my niece and nephews out for a treat. I also do indoor rock climbing and bouldering so I often go to The Climbing Depot in Manchester. My sister and I also love to have afternoon tea so places like Slattery are great to relax and chat. But my favourite place to hang out is at home with my family. My dad always cooks my favourite food whenever I’m home as a special treat.

I wouldn’t change a thing about Manchester. My childhood was here and I loved every minute. It’s a wonderful place and just keeps growing and improving.