This October the friends will be running 182 miles - the equivalent of seven marathons - in just four days, raising money for The Christie
Share
Tweet
Share
Chat

Running 182 miles – the equivalent of seven marathons – in just four days is an incredible physical and mental challenge.

But that’s what four friends will be doing this October, when they’ll be running from Wembley to Old Trafford to raise money for The Christie.

Jack Prady, from Worsley, started doing running challenges in aid of his mum, Tracy Prady, who died of bowel cancer. After being treated by The Christie, Jack decided to raise funds for The Christie charity.

Last year, he ran an incredible 72 miles in just 24 hours – almost the equivalent of three marathons in one day – through the streets of Salford and Worsley on what would have been Tracy’s 57th birthday.

“Often described as Wonder Woman, the courageous Tracy Prady sadly passed away on the 28th April 2020 after an inspirational battle with cancer,” said Jack at the time.

“In true TP style, her heart, determination and strength prolonged the fight and defied the odds of terminal bowel cancer, enduring the highs and lows over a five year period.

“Following the diagnosis, Tracy was in the capable care of The Christie Hospital, and throughout this journey, friends and family got to witness first hand the world class cancer service, delivered by doctors and nurses who we now call friends.

“Specifically, we would like to recognise the leadership and direction received from Prof. Mark Saunders, we truly believe Mark and his colleagues allowed Tracy to live with cancer and bring some normality to the turmoil.

“We will never be in a position to pay back in full, however this is the families way of showing a token of our appreciation for the day to day heroic acts of The Christie.” 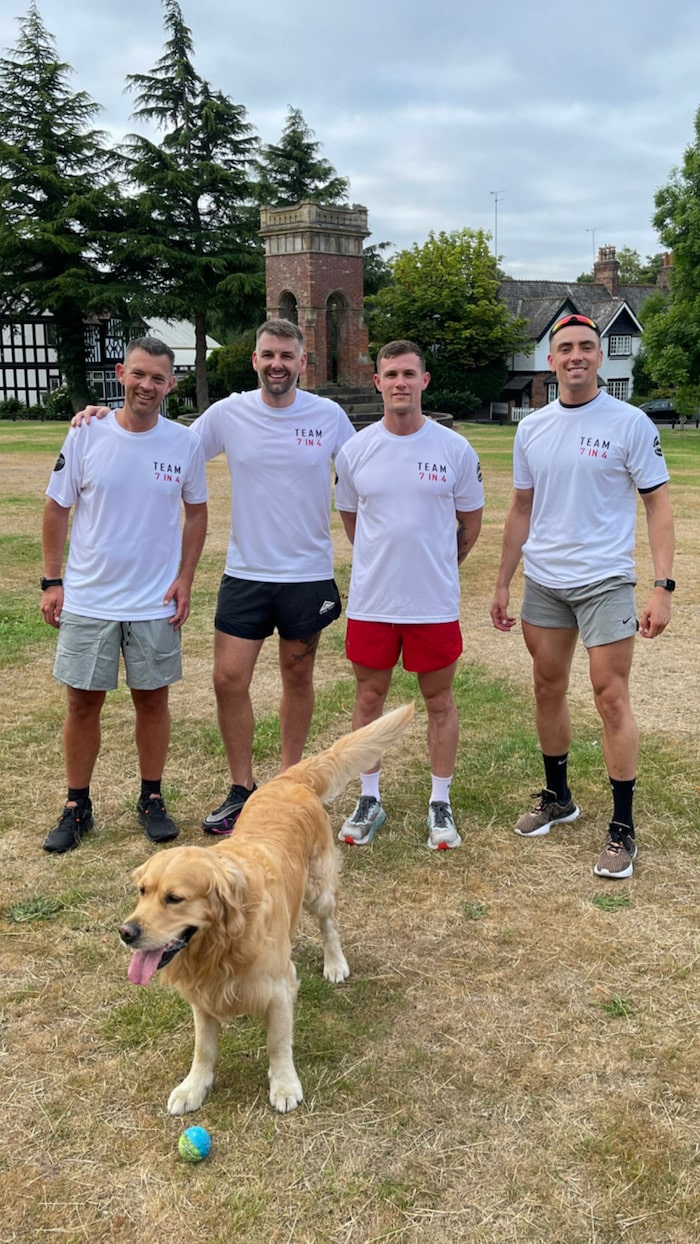 Jack was joined by friend Simon Parrott on the first challenge, who says Tracy was a valued member of IntensiFIT, Simon’s gym in Eccles.

“I wanted to do anything I could to help support him and his family,” says Simon.

“Since then we have continued to run together weekly. We kept envisioning our next challenge.

“Tracy was a valued member of IntensiFIT and her early support, alongside Jade, helped us grow as a gym community.

“I will always be personally grateful for this and to see Tracy’s positive attitude, even when going through her battle, was truly inspiring.

“Anything I can do in Tracy’s memory and for her wonderful family is an honour.”

To further support the amazing work done by The Christie’s charity, Simon will also be running from Wembley to Old Trafford with Jack in memory of his partner’s sister, Verity.

“Unfortunately, Verity passed away in 2018 after her battle with epithelioid sarcoma, a rare soft tissue cancer,” he says.

“Merridith speaks very highly of the support she got during this awful time, but still struggles daily with her sister’s passing.

“I am inspired by Merridith’s positive outlook on life, even after losing her sibling, something I couldn’t ever imagine.

“The strength Merridith shows every day, as a super-mum to our baby boy, will help me get through this gruelling event with a smile on my face.

“Hopefully we can raise more money for The Christie and, even more importantly, inspire others to do so. Let’s go!”

Simon and Jack have support from two other friends, Sam Mcmahon and Wayne Price, who are going to attempt the whole challenge with them this October.

“We came up with the idea of running Wembley to Old Trafford in four days as it is a huge challenge,” says Simon.

“A challenge that is only a snippet of the pain and endurance cancer patients and their families face.

“182 miles in just four days. A physical and mental battle.

“But we share the belief that suffering and enduring for a cause greater than yourself is worth it, and any money we can raise for such a great charity is a pleasure.”

The team will be running from Wembley Stadium to Old Trafford on 22nd October 2022 to raise money for The Christie. Their target is £5k to add to the already astounding amount raised last time of £20k. You can donate here.