It will be a poignant return to the football field for Joe Thompson on Sunday when he joins a host of his former Rochdale team-mates at his charity testimonial match against a team of all-stars.

Joe, 30, has beaten cancer not once but twice over the past seven years – but the gruelling treatments have taken their toll and he retired from the professional game in February this year.

But he will pull on his boots one more time on Sunday at Rochdale’s Crown Oil Arena in a bid to raise thousands of pounds for The Christie – the hospital that helped him on his road to recovery.

Since retiring, Joe has been determined to speak about his experiences to try and help as many people as he can.

He said: “It’s all about giving back for me.  The fact I am here to tell the tale and to raise awareness is massive because I know when I got diagnosed I know the first thing I did was speak to people who had been through it.

He smiles: “I’m just looking forward to playing again on Sunday!  I have missed it but after everything I’ve been through, I know it’s not the be all and end all.”

Joe was first diagnosed with Hodgkin’s Lymphoma when he was aged 23 when he was then at Tranmere Rovers.  He underwent chemotherapy and the treatment appeared to have been successful – he was soon back on the football pitch for Rochdale AFC.  But three years later he was dealt the blow that the cancer had returned – with a tumour in his chest.  He required not only chemo, but life-threatening stem cell therapy in a bid to beat it the second time around.

Speaking of the second diagnosis, Joe says: “I was three years on, I’d got my life back on track I was playing football and doing well again.  So I was angry the second time.  The first time I was totally naive to it, I had no clue what chemotherapy entailed.  So second time I knew everything that was going to come.  I knew what it was, and for them to tell me I would have to have so much more treatment and a time in isolation as well, it was a lot to get your head around.” 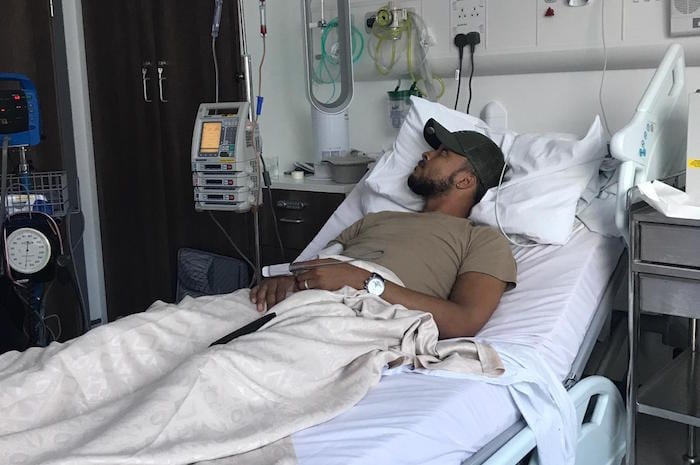 But Joe used his regimented sports training as a way to mentally prepare for the biggest battle of his life.

He said: “The first time round I had 12 rounds of chemo so I thought of it as 12 rounds of boxing and the knock out at the end.  The second time I homed in on what I knew.  I didn’t treat it as a game as such, but all I could think was it was me against you.  It was tough but I know football did help me out and the fact football rallied round, there was so much support, so many well wishes it was amazing.”

And Joe, now based in Bredbury, has paid tribute to his wife Chantelle and daughter Lula, 6, his mum Michelle and brother Reuben who “kept him going” through it all.  Lula was just a baby when he was first diagnosed, but she is the inspiration for Joe in life. 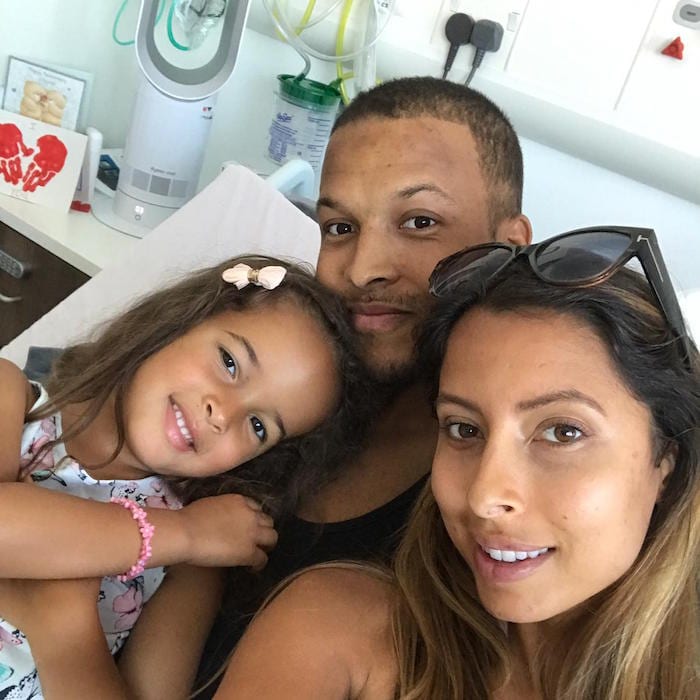 He says: “For me it’s the memory side of things.  The memories that we created and the memories that I wanted to create is my driving force.  My job is not done.  I’ve still got to take my daughter to her prom, still got to get her her first car, that’s what I focussed on and motivates me.”

The cancer is now in remission, and Joe had his latest check which was all clear just two weeks ago.

He says: “You get nervous, you always do, but everything is heading in the right direction. Especially after the stem cell transplant it takes its toll on your body.

“I’m going to relish playing on Sunday but I can’t play professional football day in day out anymore. They’re supreme athletes, and this treatment takes its toll.  I’m here, I’ve got life so I can’t complain.”

Coronation Street star Katie McGlynn is also backing Joe’s testimonial, and met with the footballer this week to support his #JoeKicksCancer campaign. It was particularly poignant for Katie to hear about Joe’s fight against cancer as Sinead Osborne, the character she plays on Corrie, has had her own emotional battle with the disease.

Katie, 26,  said: “I know a lot about Joe because he played for Rochdale and I’m from Rochdale, and we’ve both even got Manchester bee necklaces!  When I heard what Joe was doing I wanted to help and support as much as I can because it’s such a good thing he’s doing.

“I think it’s amazing that he’s been able to beat cancer twice and it’s really admirable and above and beyond, what he’s now doing for Christies.”

Joe, 30, was also full of praise for Katie’s performance on Corrie after newly-pregnant Sinead discovered she had cervical cancer.

Joe said: “I know Katie must have found it tough to play those scenes on screen, but there’s no right or wrong way to play it because everyone deals with it in different ways.  But it has been brilliant to raise awareness, and for me that’s what it’s all about because the stats are terrifying that 1 in 3 people will be touched by cancer at some point in their lives.”

Katie’s Corrie character Sinead is also in remission but she knows it’s a long road ahead for the young mum.

Katie said: “Sinead is in remission so everything is hunky dory but it’s a long-running storyline. I’m just trying the best I can to reflect what it is like to have cancer.

“What I’m trying to portray is that it never leaves; even going for the checkup you’re never out of the woods, it could come back.  It’s not that you’re scarred, but once you’ve been through it it’s always going to be there no matter how many times you’ve beaten it, so I think from Joe’s point of view to help other people going through it is amazing because like he says he’s giving people hope.”

Joe Thompson’s Testimonial Match is on Sunday July 21st at the Crown Oil Arena in Rochdale, kick off at 2pm, and there will also be a family fun fair and bouncy castle.

Tickets priced £10 adults, £5 seniors and £1 for juniors will be available on the gate or can be purchased in advance.