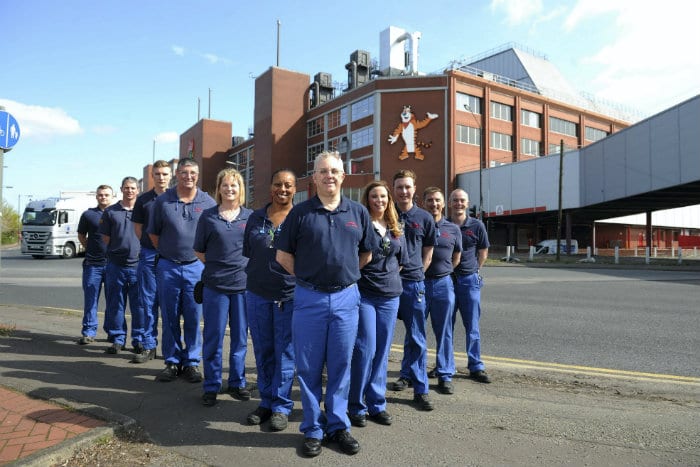 Kellogg’s Rice Krispies is today celebrating its 90th anniversary in the UK, having first arrived in Britain from America in November 1928.

Marketed as “the talking cereal” – because of the sound it made when milk was poured onto it – it was initially sold by door-to-door salesmen.

Within eight years, Brits were devouring around 1.5 million boxes a year. As a result, American cereal company Kellogg’s opened a UK factory in Stretford, Manchester, in 1938.

Today, more than 20 million boxes of the breakfast cereal, which gave Jonathan Ross his TV debut in an advert in 1970 aged 10, are bought every year in the UK.

There are 18,000 individual grains of rice in each standard packet of Rice Krispies – every one is made from a single grain of rice.

When the rice grain is cooked it is filled with air. When milk is added, the Rice Krispies start to absorb the milk, forcing the air inside to ‘escape’ and the wall to break, creating the ‘snap, crackle and pop’. If you look carefully, you can also see air bubbles on the surface of the milk. 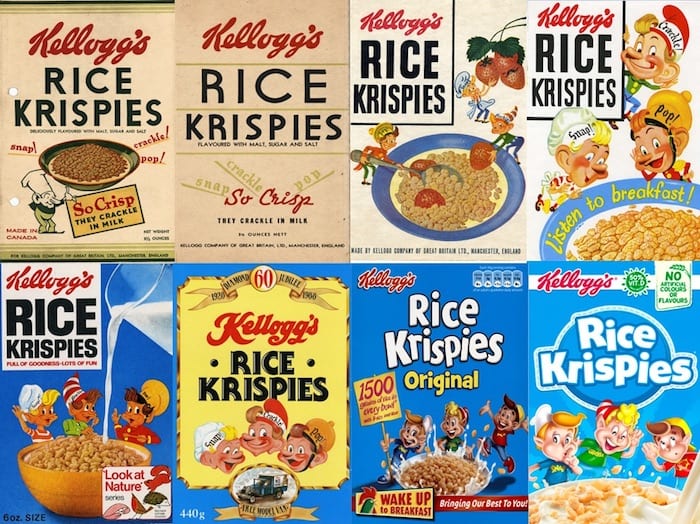 Rice Krispies were invented in Battle Creek, Michigan, USA, in the mid-1920s by William Keith Kellogg. The popular Snap, Crackle and Pop characters first appeared in radio jingles in 1932, and a year later a gnome wearing a baker’s hat appeared on the side of a packet introducing Snap to the British public.

The other two gnomes, Crackle and Pop, appeared with Snap in adverts and on boxes a few years later, and the trio appeared for the first time on television in 1960 and continued until the mid ‘00s. Famous TV adverts include a jingle by the Rolling Stones in 1963.

in 1942, Rice Krispies production ceased for the war due to a rice shortage, but were back on the market in 1951. 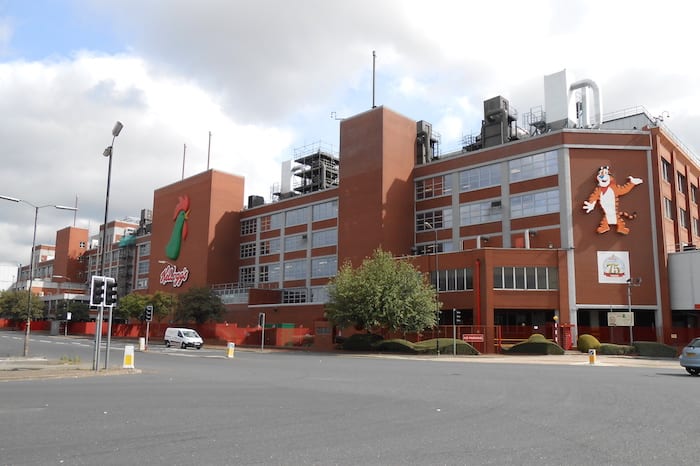 In 1997, Rice Krispies Squares hit shelves, based on the sweet, chewy childhood favourite. Honey Rice Krispies cereal followed in 1998, and Muddles in 2004.

Earlier this year, Kellogg’s relocated its UK headquarters from Old Trafford to MediaCityUK. The manufacturing plant remains in Trafford Park, where it has been based since the 1930s.

“It’s great to see Rice Krispies clock up 90 years on the nation’s breakfast table and we don’t think Snap, Crackle and Pop look that bad for their age either,” said a spokesperson for Kellogg’s.