Review: Who Cares is far more than just a piece of theatre 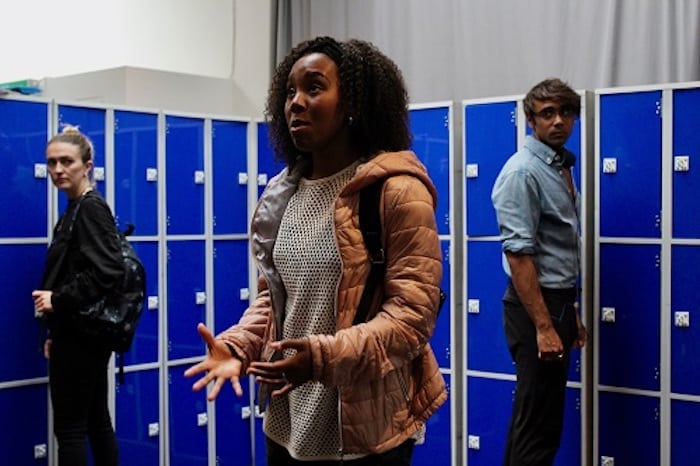 Who Cares is an award-winning play about the harrowing experiences of young carers living in Salford.

It is far more than a piece of theatre; it is becoming part of a movement for change.

According to the Children’s Society, 800,000 young carers aged 5 – 17 look after an adult or family member in the UK.

Many young carers are often hidden, with people around them often not aware of their responsibilities and the fact that their childhoods are ebbing away.

These young children provide unpaid care to a family member because of a disability, illness, mental health condition or a drug/alcohol addiction.

They manage a wide range of responsibilities including cooking, budgeting, picking up prescriptions, providing personal care and emotional support to family members.

Who Cares has been adapted from interviews with young people and staff working for organisations which are there to support them.

These testimonies are often heart-breaking and disturbing. Repeatedly we hear how teachers see the carer as a ‘late mark’, as often the tasks they must carry out mean they are spinning many plates for someone of their young age. 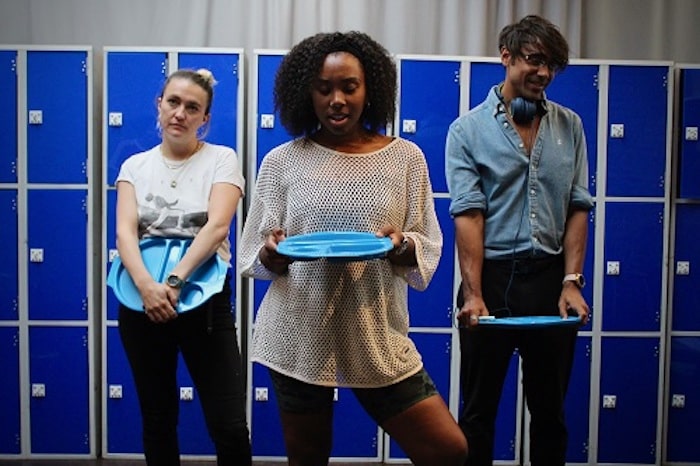 One young girl, Jade, talks about the fact that her mother leaves the family home, leaving her to bring up her deaf brother and care for her father. She does all of this in the middle of her A Levels.

Nicole started caring for her mum when she was just four years old, and Connor is a classic example of a young carer who prefers not to talk about.

As he slowly begins to open up, you can see why; these children are way beyond their years and their lives are filled with lists and jobs with no respite and they are, in the main, hidden or forgotten.

This important and immediate play is written by Matt Woodhead and, due the fact that the words come from the mouths of babes, they truly sting.

It is produced by the Lowry and theatre company LUNG in partnership with Gaddum, and Jen McGinley’s clever set design revolves around lockers – which is apt, as the three protagonists have their emotions and experiences locked away inside.

Will Monks’ lighting is bright, yet it reminds you of the fact that once the morning alarm goes off, these young people embark on a race against time. There is no downtime.

The constant opening and closing of the lockers works well, as it represents the frantic nature of the lives of these young people.

But the play would benefit from some movement/choreography, like The Curious Incident of the Dog in the Night-Time, as it could be used to show the passing of time and offer the audience variety and a chance to pause and take in what they have heard.

Narratively, the play must be relentless to truly do justice to the issues that are uncovered and explored.

But it would benefit from a little more light as you need to ‘see it to be it’, so if there was a little more humour or the odd arc involving someone overcoming all of this and becoming successful, a young carer in the audience would see this as inspiring.

But it is a tough balancing act, as you do not want to shy away from the grim reality.

The three performers, Luke Grant, Lizzie Mounter and Liyah Summers, are all excellent as they bring these untold stories to life with passion, anger, rage and urgency, and they all convey the difficult upside-down world of a child who suddenly becomes the parent with no rights.

They carry all the responsibility and pain but no recognition.

Who Cares is not an easy watch, but it puts a spotlight on the impact of funding cuts and shows you the people behind the curtain.

Every year, many of us raise money for Children in Need, and Matt Woodhead’s play goes way beyond tugging your heart strings. It makes you want to act and right these wrongs to help these young people.

If you want to get involved, visit the Who Cares Campaign website here.

Who Cares is at the Lowry until 17th November (and then at the Unity in Liverpool from 18th – 19th November). Tickets are available here.