The classic musical White Christmas has come to the Palace Theatre, bringing its infectiously festive repertoire of feel-good show tunes with it.

Based on the timeless 1954 film of the same name starring Bing Crosby, and originally directed for the stage by Nikolai Foster (Annie, Breakfast at Tiffany’s), this run is directed by Ian Talbot OBE (High Society, Anything Goes), with choreography by Stephen Mear CBE (Mary Poppins, Gypsy), and is guaranteed to have you humming all the way home – and then, perhaps reaching for the first mince pie of the season. 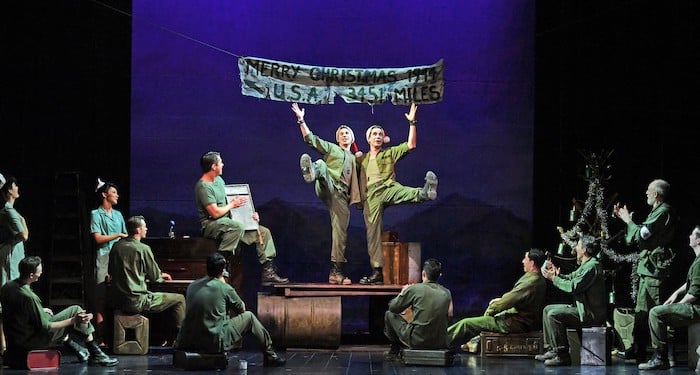 Following a period of success, the pair are brought into the orbit of sisters Betty and Judy Haynes – played by Jessica Daley (An Officer and a Gentleman, The Sound of Music), and Emily Langham (Carousel, Oklahoma) respectively – who, as performers themselves, are booked to perform at a ski lodge in Vermont over Christmas.

Romance ensues, and the two veterans resolve to spend Christmas at the lodge with the sisters, which, as fate would have it, is run by their former General, played by Duncan Smith (Phantom of the Opera, Marguerite) – who along with his charismatic receptionist, Martha Watson, played by the excellent Sally Ann Triplett (Mamma Mia, Chicago), are facing an uncertain financial future as a result of an unseasonably warm December.

A variety show is planned by Wallace and Davis that will bring together the General’s old 151st division, save his business, and bring some Christmas cheer back to the lodge – and along with it, the snow. 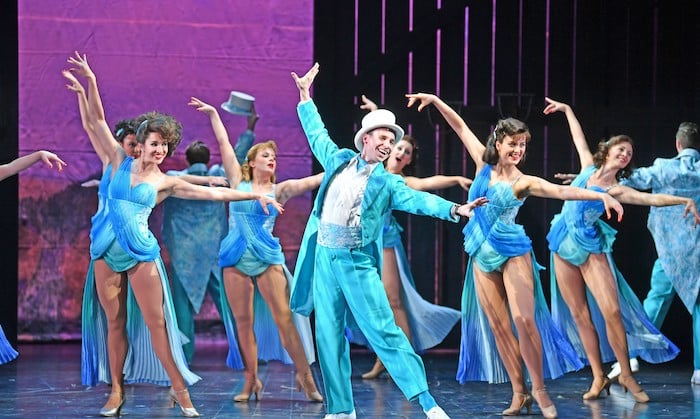 Michael Taylor’s (The Good Life, West Side Story) set design, and Diego Pitarch’s (Sunset Boulevard) costuming help to add a a real glitz and glamour to proceedings, and you can’t help but get caught up in the magic, and razzmatazz, as it evokes a real sense of the golden era of Hollywood.

From the cool icy blue numbers worn during Blue Skies, to the festive palette that bathes the stage during the climactic White Christmas, it truly is a treat for the eyes.

The vocal talent on display is truly impressive, with each and every cast member belting out the hits and getting their own chance to shine.

From the powerful duet between Bob and Betty for Count Your Blessings Instead of Sheep, to the janitor, Ezekiel, played by Kraig Thornber, whose comedic presence was a favourite with the audience, and received a warm reaction for his solo section of I Love a Piano. 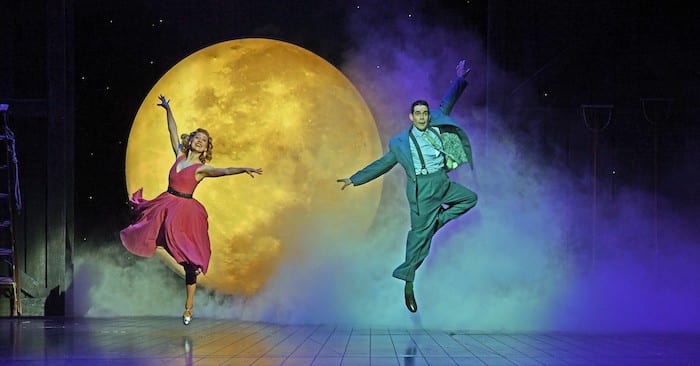 The main event, of course – and the big number everyone is waiting for – is the titular song, White Christmas.

And by the time the Bing Crosby hit is playing, to an interior snowfall deposited on the heads of the theatre-goers lucky enough to be front and centre, the pageantry is in full effect.

Played out to the magical notes of Irving Berlin’s timeless songs, the story is a classic tale of romance and friendship, with a life-affirming ending worthy of any yuletide yarn.

With tickets starting from just £13, it is undeniably great value for money, and succeeds in bringing cheer to both the ski slopes of Vermont and to the heart of Manchester, and will leave you with no doubt that the season of goodwill is upon us.

White Christmas is at the Palace Theatre until 4th December. Tickets are available here. 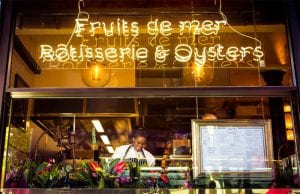 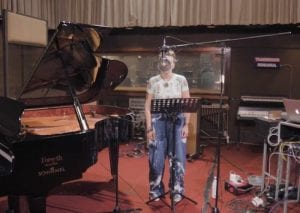 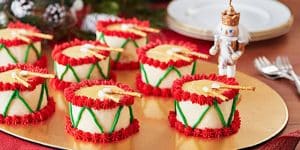