Review: Vagina Cake is a showcase of womanhood – whatever it means to you 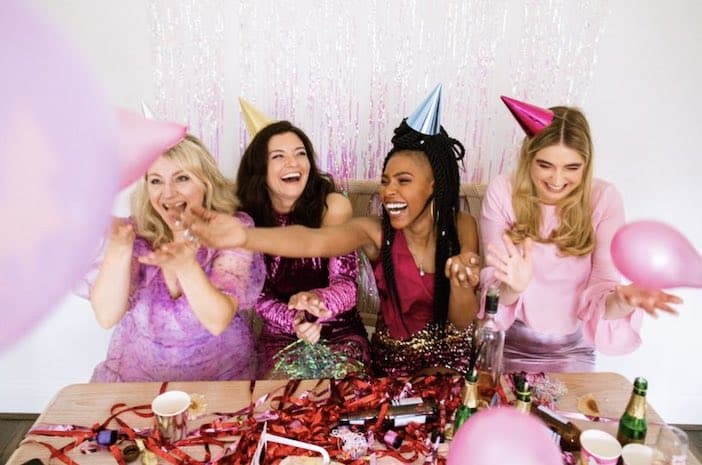 Vagina Cake is described in the programme as ‘a labour of love’, and it is evident throughout the performance.

This comedy drama follows five friends, Mumps (Francesca Kingdon), Dipsy (Laura Littlewood), Fraggle (Jade Golding),Mary (Victoria Oxley) and the always off stage but ever demanding ‘The Duchess’, as they try to navigate adulthood and what it means for them. Whether it’s marriage and children, like Mumps, or staying independent like Fraggle.

All the actors have chemistry together and are completely believable as a group of long-standing friends, and this is partly due to the warmth with which they were written by Laura Harper.

Each character is comedic in her own right.

Victoria Oxley often steals the scene with her timing and facial expressions, but manages to be heartwarming and sincere in the next second.

Laura Littlewood typifies the highly strung career woman who may very well be on the brink. The desperation she feels for a baby and a husband and the next stage of her life is palpable, but never uncomfortable because she manages to find the inherent humour within the role of Dipsy.

The amount Mumps cares for her friends is plain to see. All she wants is to be able to share her happiness with her friends.

Francesca Kingdon conveys the complexity of a character who has everything she wants but still feels isolated, in a way that makes her sympathetic while still flawed.

Jade Golding brings life to Fraggle in a way that seems effortless, capturing the duality of the character. She is the cool auntie we all wish we had, while still being raw and vulnerable.

Golding manages to create moments of tension as the audience has no choice but to sit with what she is feeling – a real portrayal that gives more and more as the play progresses.

Despite the small cast, the story never stalls or feels thin. The pace of the play is quick without being rushed or forced along.

The passage of time is conveyed through smooth but impactful set changes that manage to transform a baby shower into a divorce party, with just a few balloons and the flipping over of some bunting.

The dynamics within the group are immediately established and are never strayed from, despite how the characters grow.

Mary may go from being nicknamed ‘Virgin Mary’ to ‘Sweary Mary’ toward the finale, but she is still the surrogate mum of the group; Fraggle decides she would like to be ‘less of a dick’ without compromising her morals or sense of self.

Vagina Cake is at once completely absurd and yet grounded, with each character reminding you of someone you know.

The slice of life format of the play adds more dimension as time passes. We as the audience see what has changed within the group and what hasn’t, and a picture of each character’s life outside of their friendship group is built up.

Vagina Cake is a showcase of womanhood, whatever that means to you.

There is no right way to do it, no time frame to adhere to.

As long as you stay with the people who support you the most, everything will be okay.