Review – Unfortunate: The Untold Story of Ursula the Sea Witch at The Lowry is a light-hearted musical twist on the Disney classic 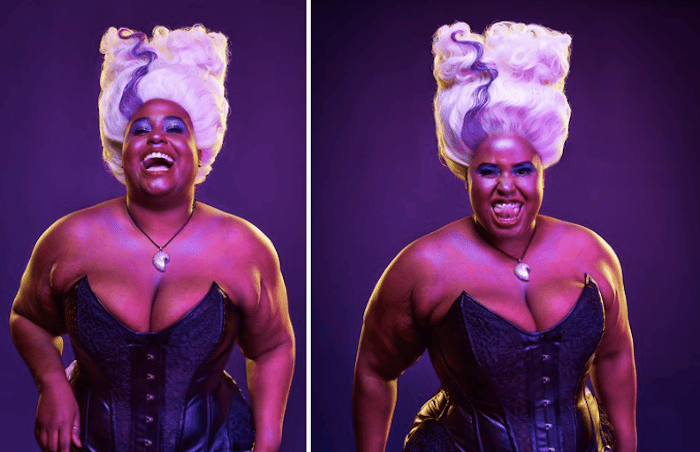 When I had asked my boss if I could cover this one, I had no idea what I was in for. This musical is about The Little Mermaid – my favourite Disney Princess film, so naturally I was very excited to see a different take on it.

The stage is set up to look like Ursula’s tentacles, almost in a seashell shape. The set is designed by Abby Clarke who has done a fantastic job. It feels like we are immersed the deep blue, but not in a scary or daunting way. Instead, it feels welcoming, fun and mysterious – the complete opposite of the Disney’s version where we are made to feel intimidated by Ursula and her lair. 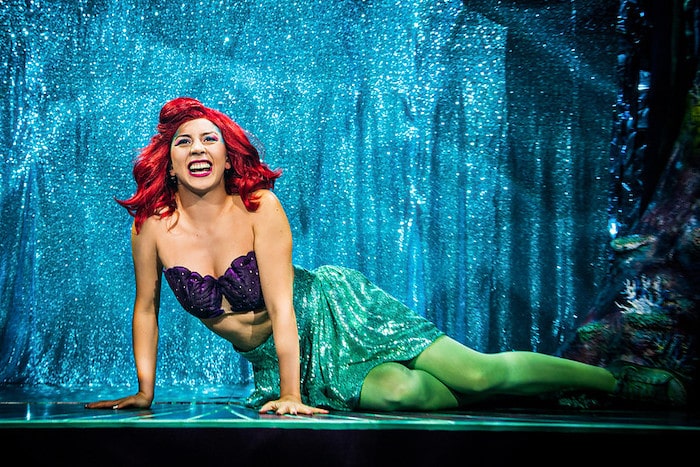 Songs are catchy (no pun intended), vibrant and impactful. One even has the audience cheering at all the names Allie Dart was dropping as Ursula. The songs are written by Daniel Foxx who gives them an entertaining and relatable twist. They are parodies rather than typical musical songs, and quite hilarious rather than cringey.

The role of Ursula was played by Allie Dart, as Elliotte Williams-N-Dure had to sit the performance out due to illness on the night of our visit. Danni Payne played Sebastian, and they both performed phenomenally, despite only rehearsing for a day. Allie Dart’s Ursula comes with so much ferocity, elegance and sass, it feels like the cartoon has jumped out of the screen and on to the stage. She talks to the audience, getting us involved. Her comedic timing is perfect and despite the audience breaking down in laughter, she holds herself and carries on. 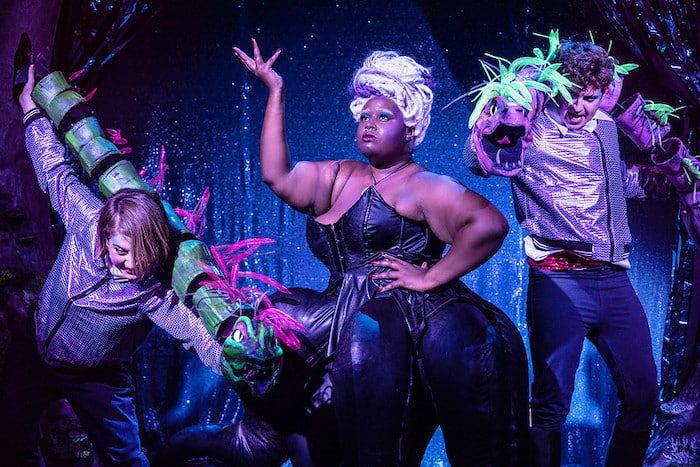 Robyn Grant wrote and directed the play, offering a millennial/Gen Z approach to the Disney tale. Quite a few jokes cater to an older audience which is why there is a rating of 16 and above offered before the show and on the website. Grant has written the musical from Ursula’s perspective, but the story vaguely ticks along the same trajectory as the Disney animation. Her direction allows the actors to move seamlessly throughout the show and props are put in and out of place without too much distraction. 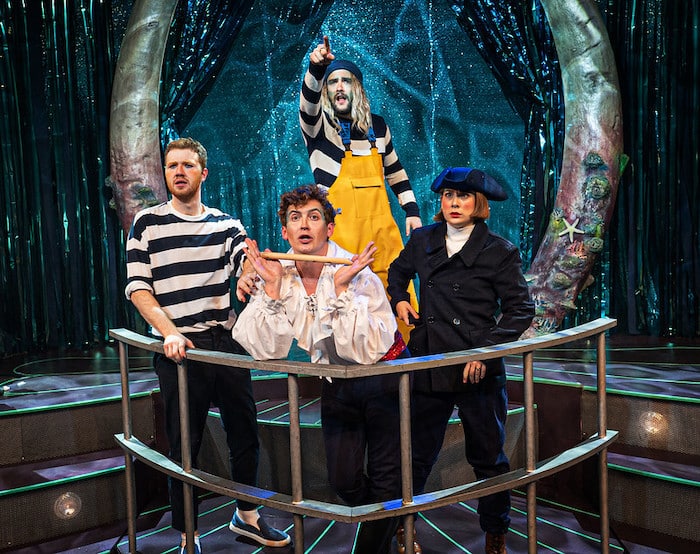 They’d had to cancel the performance scheduled on the 6th due to unforeseen circumstances, so tonight’s performance was both opening night as well as press night. I would have been shaking in my boots, but the cast and crew made a fantastic job of it. The Lowry have now added another performance on the 9th.

The only unfortunate thing I have to say about this show, is that it’s a shame it did not last longer.

Unfortunate: The Untold Story of Ursula the Sea Witch is at The Lowry Manchester until the 10th September. Get your tickets HERE.