Review: The Wiz is a spectacular production filled with joy and love 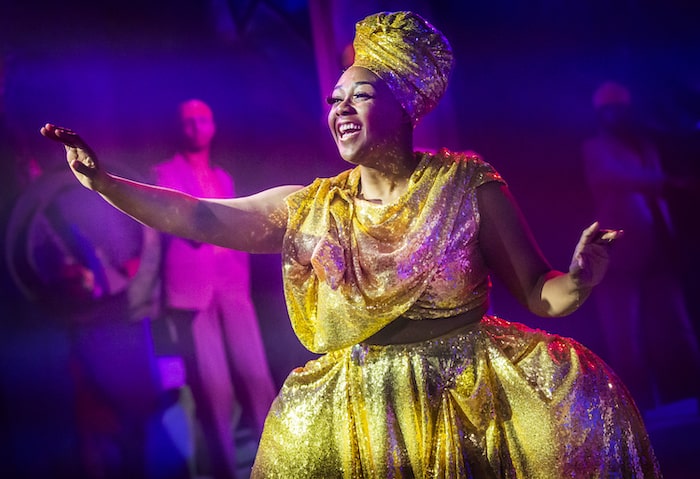 Hope Mill Theatre’s production of The Wiz is a spectacular reminder of the necessity of black creativity, joy, and love.

For those unfamiliar, The Wiz tells the classic Wizard of Oz tale with an all-black cast.

You know the one; Dorothy gets caught up in a storm that transports her to a technicolour dreamland full of munchkins, witches, flying monkeys and cities made of shining emerald.

She conveys a confident vulnerability, growing stronger along her journey, and spreading joy to her companions as they go.

Probably my favourite is Tarik Frimpong as the scarecrow (and dance captain), who proved you don’t need a brain to bust a move.

The ensemble turned dance crew absolutely blew me away.

There is no word to describe it but magic – a rich magic that transformed the stage into a playground, with the audience getting so into it I was half expecting us to start throwing shoes!

Props must be given to the band for bringing the show to life from behind the scenes, as well as the set and costume designer (Simon Kenny), musical director (Ehsaan Shivarani), lighting designer (Simisola Majekodunmi), sound designer (Tony Gayle), and choreographer (Leah Hill).

Everyone involved in the production contributed to a sense of immersion so deep I felt as though I were in Oz myself.

It is difficult to pick a stand-out performer.

Everyone involved gave the performance of a lifetime, and I would only be able to sincerely encapsulate the atmosphere in the room if my words could turn technicolour and ease on down the road themselves.

There is so much joy and love in every moment of this production.

You don’t want to miss out.

The Wiz is running at Hope Mill Theatre until 16th January 2022. Tickets are available here.