Based on the beloved novel by Markus Zusak, adapted by Jodi Picoult and Timothy Allen Mcdonald, The Book Thief follows Liesel Meminger, (Niamh Palmer) a young girl whose life is uprooted by the chaos of the Second World War. The story begins with Liesel making her way to Himmel Street in the town of Molching to meet her foster parents, Hans and Rosa Hubermann.

Upon her arrival, Liesel’s world opens up as she learns to read. Through the magic of books and the relentless friendship of her next-door neighbour Rudy Steiner, (Charlie Murphy) she can cope with the horrors of war that rage on right outside. Just as Liesel and her family are settling into a life of ration books and air raids, Max Vandenburg, (Daniel Krikler) a German Jewish man, is knocking at their door and pleading for refuge. Although his arrival brings danger like never before, Max enriches Liesel’s life as he teaches her about the power of love over hate, and the value of an extensive vocabulary. 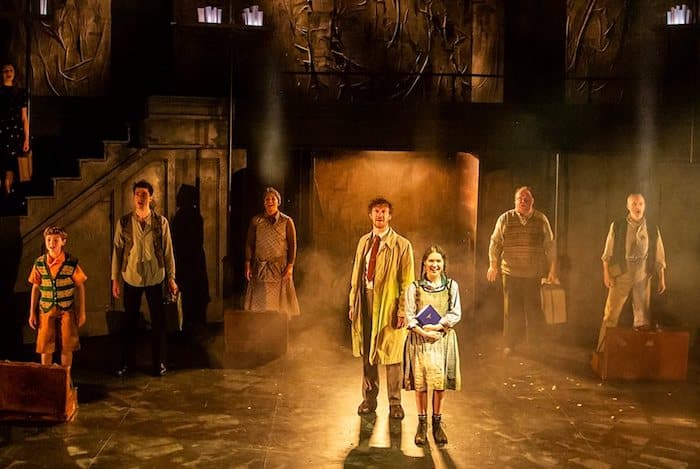 From the moment it begins, The Book Thief is arresting and often uncomfortable. The audience is forced to reckon with the brutality of this particular part of history as they watch. Despite this, the beautiful way this story is told leaves you feeling hopeful. Due to the masterful direction of Lotte Wakeham, just as much emphasis is placed on the horrific truth of life in Nazi Germany as on the beauty of the story and the kindness people have always possessed. It is clear that this musical is a labour of love by everyone involved. Every element from costumes to lightning (Nic Forman) feels carefully considered in order to elevate and enhance the story and characters. 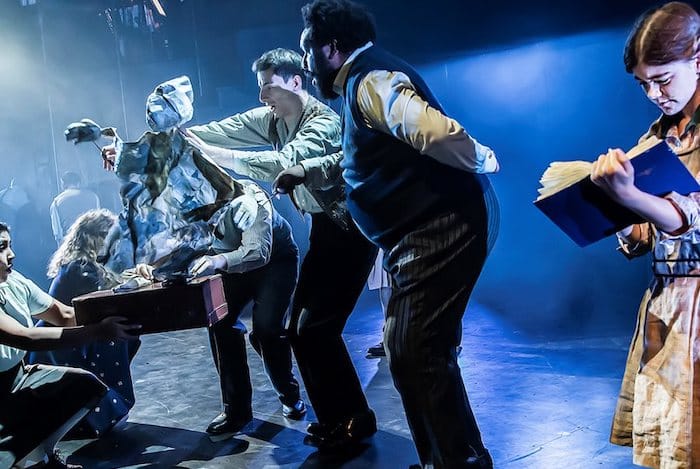 Although it has many strengths, where The Book Thief really shines is its cast. Every person in the production is fully utilising all of their talents, and they are doing it well. Each character, no matter how small, shows how everyone is forever changed by war; in ways big and small. The cast contains roughly fourteen people in total, most of whom play multiple roles. I believe this added to the insular feeling of the production and illustrated how fascism can come from anywhere. The story is guided by The Narrator (Ryan O’Donnell), who – sometimes literally- wears many hats. The sheer scale of this role and what is asked of O’Donnell can only be appreciated when it is seen. Sometimes he commands the attention of the audience and dares them to look away, at other times he sits quietly at the edge of the stage, observing. All the while his presence is keenly felt.

As a character, Liesel Meminger is complex. She is a young girl who is trying to outrun the grief that seems to follow her, all while trying to put down roots in an unpredictable world that seems hell-bent on upsetting whatever peace she finds. The Book Thief only lasts two hours and twenty-five minutes yet Niamh Palmer manages to capture Liesel’s years of growth. Her portrayal of Liesel feels firmly rooted in the timeless truth of being a young girl. 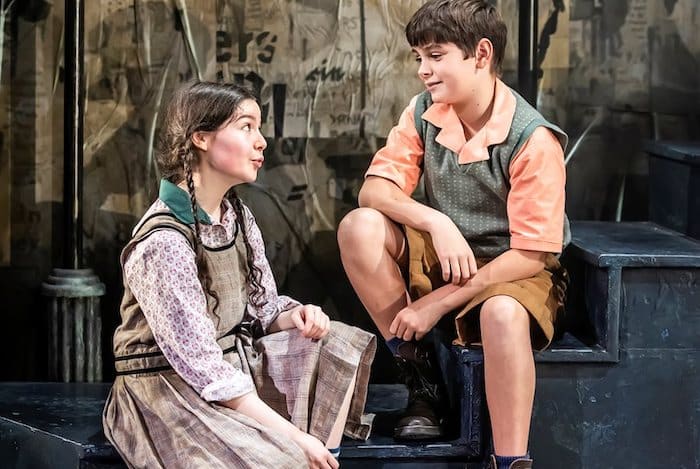 Even at his most defeated, Daniel Krikler plays Max with sharp vitality as he pushes Liesel to see and appreciate the world in a way he no longer can. In his performance, he gives the impression that Max is so kind because he has seen how awful the world can be.

The actors speak in regional dialects with a smattering of German throughout. Although it was a shock to hear the Bolton accent at first, I believe this made the story more accessible and tangible to the audience. It was a reminder that Max Vandenburg’s and Liesel Meminger’s exist the world over. 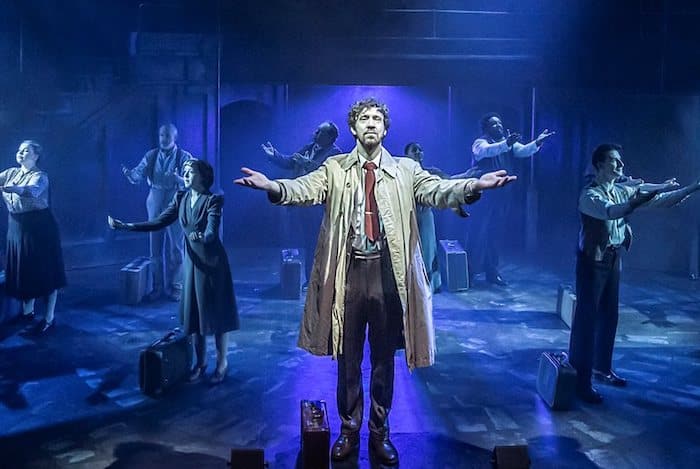 The dialogue and lyrics ( Elyssa Samsel and Kate Anderson) of the musical are perfectly in keeping with the spellbinding prose of the book. Metaphors and motifs run throughout the production and they are often highlighted by recurring musical themes which creates a succinct sense of familiarity.

The staging of The Book Thief is so intimate and clever, with many set pieces being reused throughout the production. This not only conveys the lack of resources during World War II but the idea that everything is linked and that life has a darkly funny way of repeating itself.

Tom Jackson Greaves’ choreography is at once literal and lyrical, similar to that of the Spring Awakening by Duncan Sheik. It drives the emotion of a scene home and always feels deliberate. 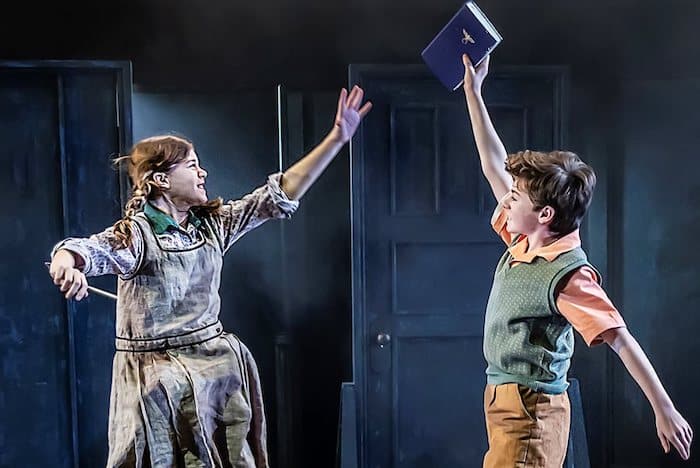 Despite being minimal, the set design is truly effective. Colour is sparse – for the most part, everything is a faded dark blue or a dusty brown- yet everything feels so real, lived in and tangible. The neutrality of the set serves the story well. It creates a timeless feeling within the history of the story that serves as a stark reminder of the show’s relevance today.

Because the set is so bare, it is easily transformed into whatever is required for that scene, allowing the audience to get swept up.

The Book Thief is poignant and emotive, funny and tender. It is a faithful adaptation of the original novel and it may appeal to fans of the 2018 musical Pieces of String.

Tickets for The Book Thief